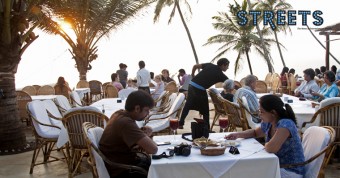 By Mayabhushan Nagvenkar | 15/11/2012
On thing’s for sure. Marie Ketty runs her Greek restaurant at Ozrant, sick near Vagator beach, a lot better than her gov 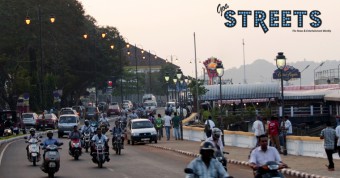 By Mayabhushan Nagvenkar | 15/11/2012
Goa’s first chief minister Dayanand Bandodkar would not have known this was coming. Credited with triggering an elementa 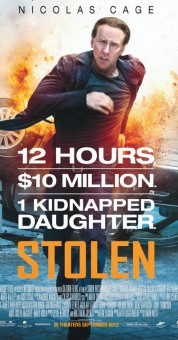 Age catches up with Cage in Stolen

By Mayabhushan Nagvenkar | 15/11/2012
When it comes to his films, nothing can really catch up with Nicholas Cage. He’s chased national secrets, cars – l 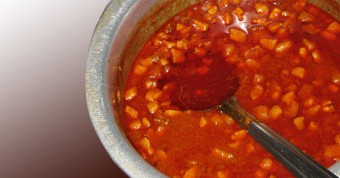 By Mayabhushan Nagvenkar | 15/11/2012
The India-Pakistan rivalry over Inter Continental Ballistic Missiles is old hat. The newest hot fight is over Sorpotel, th

If I were to strain my brain to think of a likely candidate to further the cause of cheerleading in India, at the very b

The Mining Dilemma By Goencho Pao |

Republic of Goa By Ashley do Rosario |

They come for many reasons. To chase a dream. To escape a nightmare. To breathe clean air, or live near the sea. To mak

If you are a young, talented athlete, you might not want to not read further. Because for Pratima Gaonkar, it wasn’

Anatomy of a police blunder: Ex-cop speaks out on how his men screwed up By Ashley do Rosario |

Imagine you’re a police chief and you and your men have secretly surrounded the hideout of a dreaded fugitive. Now im
No Posts Yet