They come for many reasons. To chase a dream. To escape a nightmare. To breathe clean air, or live near the sea. To make big bucks, or just earn a human wage. To live in a place where the sun shines and the birds sing and the greens of nature, not the greys of concrete, cover… END_OF_DOCUMENT_TOKEN_TO_BE_REPLACED

They come for many reasons. To chase a dream. To escape a nightmare. To breathe clean air, or live near the sea. To make big bucks, or just earn a human wage. To live in a place where the sun shines and the birds sing and the greens of nature, not the greys of concrete, cover the landscape.

One could argue there’s not much point to the great Goan debate over whether the influx of outsiders – from Mumbai glitterati to Karnataka labourers – are ruining their state or enriching it.

When the Portuguese came and claimed Goa for themselves, it took centuries for Goans to claim it back, but not before an indelible Portuguese mark was enshrined for all time. Whatever one thinks about the current arrivals, their own indelible marks are changing the face of Goa every day. Some say for the better. Some say for the worse. But no one can deny the reality.

A couple of months ago, one of us (Ashley) attempted to drive to a restaurant in rural Verna in south Goa off the National Highway-17, but took the wrong turn. Mobile coverage there was nil and soon he knew he was lost.

So, he asked the first person to walk by for directions. “Mujhe nahin malum (I don’t know),” said the dark-skinned guy in dusty shorts and a soiled singlet. The same “mujhe nahin maloom” sequence played out thrice, before a group of home-grown boys directed him to the restaurant.

Ashley wondered what it means when you can’t find someone who can speak your tongue for directions in, of all places, Goa’s Salcete sub district, always a proud, unbending custodian of ‘Goan roots.’ 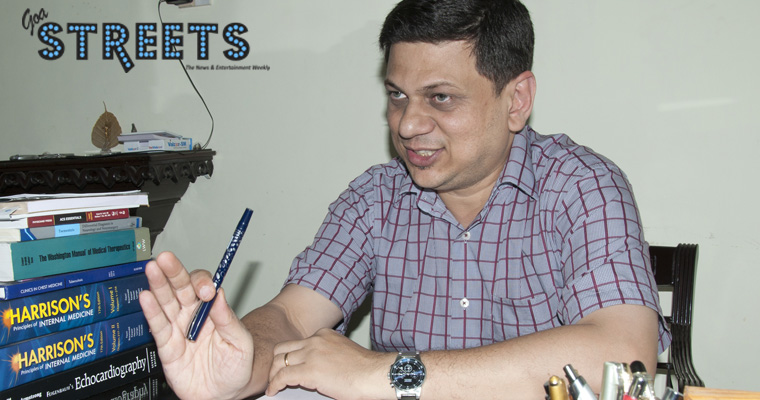 Apart from diagnosing his patients at his Panjim clinic, Dr. Oscar Rebello occasionally gauges the dips and highs of Goa’s social pulse. The doctor says Goans’ reactions to the demographic change can be summed up by a fear of cultural invasion and the more intolerable feeling of getting pushed aside economically.

“The Goan feels economically displaced by the migrant. This is driving them to despair and it manifests in the migrant bashing,” Oscar told Streets.

The articulate doctor was the face of the ‘Save Goa’ movement in 2004, which eventually forced the state government to abandon a controversial futuristic land-use plan. The Regional Plan 2011 had envisaged large-scale real estate exploitation for development of premium residential projects, which were being aggressively marketed to NRIs with deep pockets and the swish set from the Indian metros.

Oscar’s fears seemed vindicated by a government census in 2011, which said that over 20 per cent of Goa’s 5.76 lakh homes, most of them newly constructed, were vacant, used only for investment purposes as second homes.

Barely lived in, these empty investment homes over time have added to the pressure on land resources in pocket-sized Goa, driving real estate prices higher, far away from the budget of the average Goan. Of course that also means Goans with property stand to make a lot of money if and when they sell, but the market distortions have brought few palpable benefits overall.

Oscar believes affluent outsiders, with their rugged SUVs and stealthy BMWs, bribing their way through through the local bureaucracy, pose the biggest threat to preservation efforts.

“These are the types who’ve really damaged Goa,” he says. It’s not, he says, the sunburnt, sinewy labourer from impoverished regions of Karnataka, Orissa, Bihar and Tamil Nadu, whose sweat in a very real sense still lines the concrete used in construction projects here.             Oscar says migrant labourers are only filling a void caused by the average Goan’s chronic dislike for manual labour.

Of course not every migrant fits a stereotype. Oscar cites the example of Hassan, a fruit-seller who operates below his clinic. “He is a multi-millionaire today. He owns three bungalows and god knows what else. He’s made this fortune in just 10 years of merely selling fruits,” Oscar said, crediting him with an entrepreneurial spirit absent in many Goans. 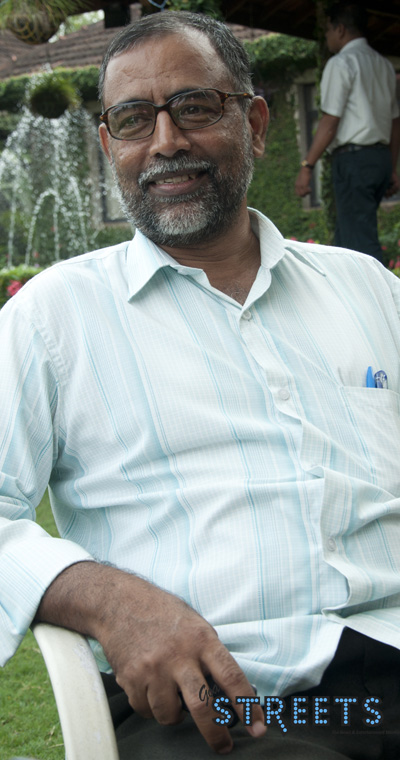 Oscar’s activist peer, Soter D’Souza, is less willing to give outsiders’ their due. He refers the ‘bastardisation’ of Goan culture, and – the history of Portuguese conquest in Goa notwithstanding – insists it’s something relatively new. Earlier migrants assimilated into the Goan way of life and never imposed their language or cultural heritage on the locals, he said. The newer waves of in-migration, according to him, have been less accommodating.

“They come to Goa with the culture of the metros and expect the same here. Goa is not a metro, although many would like to think of it that way,” he explains.

Geraldine Fernandes, a well-regarded civil society activist, laments another phenomenon brought on by outsiders: Wrought-iron gates. Gated communities, which have been springing up in Goa’s countryside with promises of security and isolation, are slowly chafing the social fibre in villages, she says.

“People living in these housing projects do not mix with the local population. They are like aliens in the village,” she says. Geraldine believes this helps explain why Goans are becoming increasingly agitated and anti-migrant.

Still, the ‘Goa for the Goans’ mantra not only flies in the face of what appears to be inevitable, it also ignores the very real contributions made by those who came from elsewhere. And the world is full of examples of societies that enrich themselves by welcoming outsiders.

No matter how one gauges the migrant phenomenon, it’s important to take note of its stunning diversity – the socioeconomic and ethnic melting pot, the myriad reasons that bring people to Goa, the great variety of things they do once they get here.

Take the case of Greg Acuna, a U.S. national and spiritually inclined animator whose temperament seems particularly Goan. A while back, Greg was transfixed by a scene at Curlies shack at Anjuna beach, which inspired him to do an animation series called ‘Earthlings’ with ‘unity in diversity’ as the central theme.

“You have 20–25 children from different countries frolicking together by the sea. Most times they don’t know even the language the kid next to them speaks and yet they get along famously,” he recalled wistfully.

This kind of ‘Goan magic’ has proven irresistible not just for regular folks but also for the celebrity and jet set.

Noted writer Amitav Ghosh has a home in Aldona. Economist Lord Meghnad Desai lounges at his refurbished Portuguese villa in Loutolim, while cricket icon Sachin Tendulkar has his own piece of heaven near the popular south Goa restaurant, Martins Corner. Vijay Mallya’s Kingfisher Villa in Candolim is a universally-known landmark. Actors Neha Dhupia, Celine Jaitely, Abhay Deol, too, own properties here among other well-known personalities.

While Neha Dhupia hasn’t exactly set the social circuit on fire here, Ghosh often pitches in in his own way. He is a member of the Goa Writers Group, a collective of writers here, and helps budding writers find their feet. 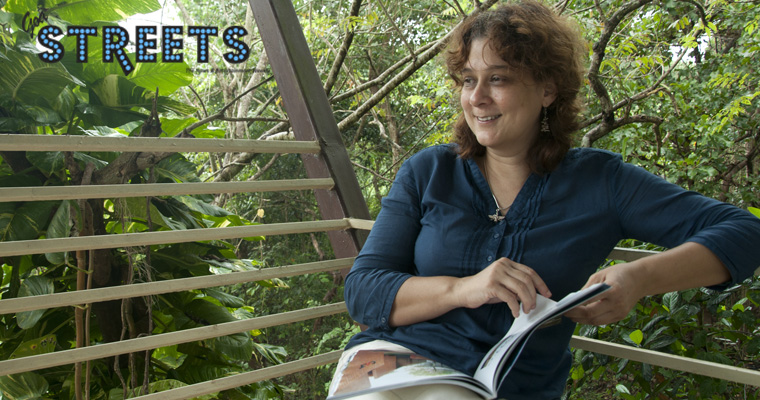 Reboni Saha, a product designer of Bengali and German parentage, voluntarily rolled up her sleeves and joined the likes of Oscar, Soter and Geraldine, all ethnic Goans, to fight land abuse by real estate sharks.

“I always felt it really doesn’t matter whether you are an outsider or an insider. What is important is to give back to the environment you stay in. Trouble starts when people don’t,” she said.

Despite her clean intentions and hard work on behalf of Goa and Goans, she, too, has felt the pain of the locals’ aversion to all things non-Goan. Reboni recalls an argument with a Goan neighbour upset over her efforts to protect the countryside against unregulated development.

“The last time she came, she fought a lot and wrapped up the fight by yelling, ‘You outsider!’” Reboni explains. She has her own take on the ‘Goan’, ‘non Goan’ debate. “According to us, an anti-Goan was someone who only took for greed and didn’t give back while a Goan was any person who had Goa’s interest at heart,” Reboni says.

Born in South America, she has lived in Tanzania, Germany, Meghalaya, Kolkata, Pune and Ahmedabad. In 1994, drawn in by Goa’s warmth and peaceful charm, she decided to make Goa her home. But 18 years later, she says something has changed. She believes the influx of ill-gotten wealth into the state economy, and the reluctance of the local population to bend their backs and work, have added to the woes of the residents.

“My friends say that it’s the ‘outsiders’ who are more willing to work hard and so the jobs go to them!” she says. 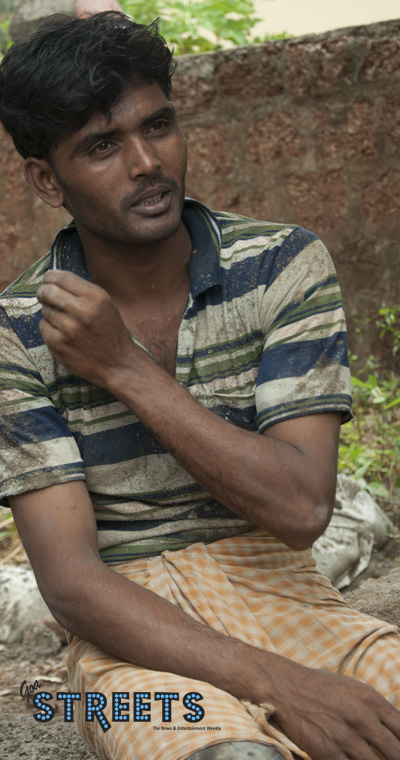 One of those outsiders is 26-year-old Jabiullah Mullah, from a village near Hubli in Karnataka. Hoping to add to his family’s meagre earnings, he came to Goa as a lanky 14-year-old to accompany his elder brother as a construction laborer. He says that at the time, the wages in Karnataka were quite low compared to what the brothers could earn in Goa.

When asked whether he’s ever been made to feel bad because he’s not from Goa, the inconspicuous youth, his worn-out T-shirt and pants turned grey with cement and dust, replied: “No, never.” Jabiullah earns around Rs 400 a day when there is work. His average monthly income is around Rs 7,000, out of which he sends almost half to support his parents, two sisters and two brothers.

He said his elder brother returned to Karnataka five years ago, “as by then, the wages in Karnataka were also almost the same as Goa.” But even if he could earn the same back home, Jabiullah says he wants to stay. “I don’t want to go. I like it here. The weather’s good, the people are peaceful and there is no nuisance.”

One of the many thousands of unsung cogs helping to make the engine of development chug in Goa, he’s far from the land of his birth. But he is home.