The government is finally pushing it. So why are environmentalists opposed?

It’s Meant To Protect The Countryside And Promote Sustainable Development

So Why Do So Many Oppose It?

Eco-tourism, vcialis 40mg in its pure form, is supposed to be a win-win solution for all: You get to protect the environment, promote sustainable growth and boost tourism and the economy all at the same time.

So why is it fast becoming yet another flash point in Goa’s rapidly-intensifying development wars?

Well, for starters, hardly an environmentalist worth his or her weight in coconut wood takes the government for its word when it toots its eco-tourism horn. What eco-tourism? they ask. It’s a thinly veiled ruse to continue along Goa’s ugly path toward environmental destruction, they say – with the eco-tourism buzzword used to justify the decimation of formerly pristine lands.

No, say the officials of Goa’s BJP-led government. The drive to promote Goa as a family-friendly, environmentally-conscious and entirely green alternative to the concrete jungles of India is very real – and all those opposed to it are unable to see the obvious benefits it’s bringing to the state.

Increasingly, Goa seems caught between two extremes: activists who oppose all projects regardless of their merit, and developers who have no regard for the environment or well-being of Goa. The big question is whether Goa can arrive at a happy medium of sustainable development, respecting both the environment and the need for economic progress.

The way Goan activists see it, eco-tourism is a fancy name for allowing forest lands and marshes to be opened up for development.

Opposition to eco-tourism in Goa can be traced to three contentious government decisions taken in recent years: “Coastal and Hinterland Eco-Tourism” of the (yet to be finalised) Regional Plan 2021; an amendment to the Goa Town and Country Planning Act;and the Investment Promotion Board Act.

The immediate focus is on the Goa Town and Country Planning Act, which was amended last August and ratified by the Goa Legislative Assembly last week. Environmental protections were seen as stronger before the amendment, with strict development restrictions on areas close to wildlife sanctuaries and private forests deemed ecologically sensitive. Some ‘eco-tourism’ ventures are now allowed in these areas, subject to certain conditions.

To proceed with an eco-tourism project, a promoter must show unencumbered ownership of at least two acres of forested land and build on only 5% of the total area –using natural materials like wood with heights not exceeding ground plus one. Clearly, resorts and private homes would not be precluded in this scenario.The government justified the amendment by saying it’s meant to promote campsites, forest cottages and huts. 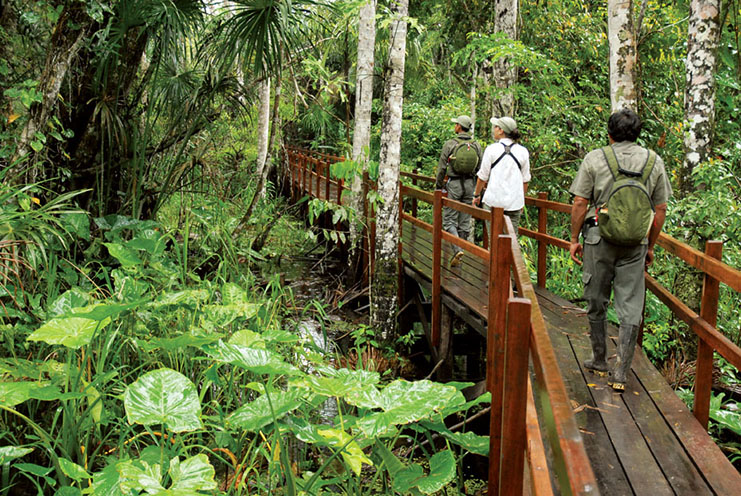 “The move is in line with that of the central government’s rules for these areas and falls within the list of allowed activities set out by the Ministry of Environment and Forests,” said Putturaju,the town planner.

Added Chief Minister LaxmikantParsekar: “The move is aimed at pushing tourism which is currently concentrated along the beach belt into the hinterland.”

The greens aren’t buying any of it.

“The government has no way to ensure that all the conditions it sets out will be adhered to. No sooner does the developer get the permission, he will have a free run,” said architect and environmentalist Dean D’Cruz.

Critics say the two-acre mandate opens the door to all sorts of untoward possibilities.

“If a landowner wants to develop his land and does not have the full two acres, he/she might coerce or even threaten his neighbours into selling their land with the promise that both will be able to develop the land and benefit from it. What if one party does not want that?” said one landowner from Salvador do Mundo, a village in Bardez.

It could also be an incentive for small landowners to come together and sell their land to a single developer who will amalgamate the properties and develop a resort.

The greens instead want the forests to be forests, where wildlife can have a free run with no human footprint at all.

But more than the amendment, it’s the Investment Promotion Act that has got the environmentalists’ goat. They say the act has given the government a free hand to ignore all previous legislation protecting the environment, and approve whatever it pleases in the name of development.

“If this is going to be the case, then almost every project which the Board decides to entertain, will be given clearance,” said activist Sabina Martins of the Goa Bachao Abhiyan.

The Investment Promotion Board in recent months has approved two marinas, an island project at Vanxim and several hotels in areas previously off-limits to development. The Board and its supporters see the moves as undeniable contributionsto the cause of Goan prosperity, but the debate rages on.

Officials point out that the Investment Promotion Board is constrained by a number of environmental restrictions, including protections for low-lying paddy fields, sloped lands, and wildlife and coastal zones.

Even if activists were willing to concede that point, however, no honest person in Goa can claim that rules here are routinely obeyed. That’s another reason why Goa’s environment needs fighters. 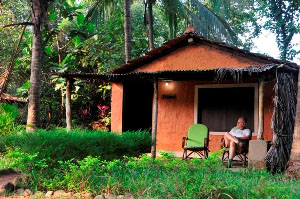