And Helps Catapult Our State To New Cultural Heights

And Helps Catapult Our State To New Cultural Heights

Roger Ballen’s life journey has been far from conventional, and and neither are his photos.

“The images I have made since 1997 are much more metaphorical. They are psychological statements. Not political, pilule social, nor economical. I want the people to see these pictures, to help them find a side of themselves that they keep in shadow. The side they refer to as ‘the dark side.’”

The Sunaparanta Goa Centre for the Arts recently saw this iconic photographer, who also happens to possess a PhD in geology, in conversation with writer Siddharth Shanghvi. Ballen was introduced to photography when he was 13, after his mother started working as an editor at the Magnum Photo agency. She became his guide.

Born in New York, Ballen spent a great deal of time in Johannesburg, South Africa. He fell in love with the natural exquisiteness of that country and settled there in 1982.

The evening started with Ballen taking the audience on his journey through slides of photographs.

His series from 1980- 2000 covering the Outlands around Johannesburg features incredibly dense and intuitive photography documenting social, financial, cultural impoverishment of its subjects. His first book titled ‘Shadow Chamber’ shows refugees and the destitute housed in small rooms. Ballen repeatedly points out the prominent feature in this series, the eye ball of the subjects.

“The decisive moment to click is when the eye goes back to one feature in the composition of relationships, into the vortex of refugees, criminals and mentally unstable people, the eye ball”. 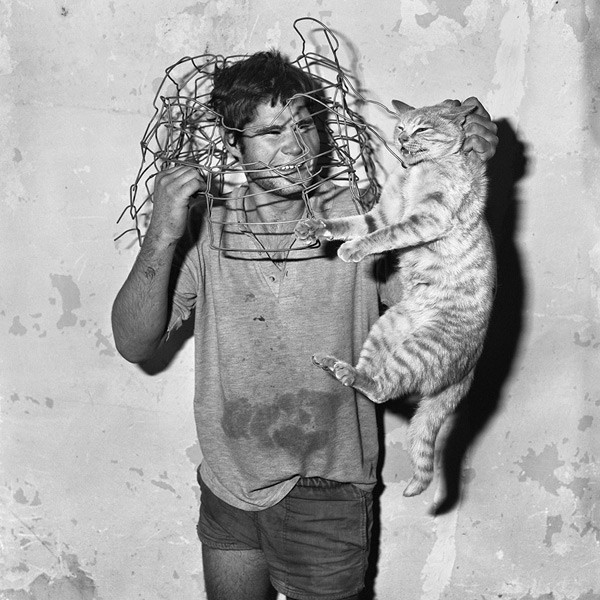 There were explosive photographs of people catching and eating cats and rats. He documented a rat catcher, who got up every morning at 6 am to catch stray rats, only to release them in the evening in fields.

His early documentaries caused a storm of negative criticism in Africa for their stark depiction of the plight of marginalised poor whites. “My critics have no idea about the reality of what I do or of the relationship I have with my subjects,” he said.

After 2002, faces started to disappear, and drawings entered photographs.

His work became more abstract and theatrical, with installations, symbols and signs. “My photographs evoke the absurdity of the human condition, and also record a personal psychological journey. For me, photography is a way of looking in the mirror.”

It took six years to document the series ‘Asylum of the Birds’, songs of the birds as they connect sky to earth. Mine dumps and parched fields, a place where birds and animals mingle with humans not interested in being photographed. 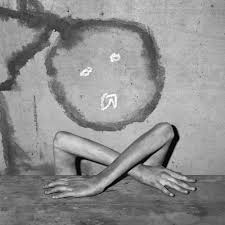 “I often travel deep into the challenges that connect the eye and mind. How is your mind flowing out to these images? What is it coming up with?” he asked the spell-bound audience.

His video on YouTube ‘Apparitions’ garnered 7500 hits in just weeks.

Every frame evoked empathy, the stark difference between the wealthy and underprivileged.

In conversation with Ballen, Siddharth Shanghvi talked about the photographer’s “visual hypnosis.”

“I listen to my voice, work on a series for a long time, I don’t know why. It’s a two-way street. You give and take back. Finding the source, the event, I keep taking pictures, keep building constantly.”

“I give money or food to the people in exchange for photographs,” he admits.

“Aesthetics tell me the person has a problem, it screams at me. I see the mask in front of everyone’s face. My mind is way ahead of the debate.”

When I spoke personally to Ballen, he told me, “I don’t plan my pictures … You don’t know how they’ll fit together. Maybe out of a hundred pictures, you chose three or four.”

He says he still shoots with film “because that’s the way I began.”

And of black and white versus colour, he says, “Black and white project stark abstract reality, colour doesn’t. The future of photography is about people who take strong images.”

On his first visit to India in the 1970’s, he said he meditated. Now he calls India a place for opportunities, and says our country is the most interesting he’s visited.

He has created books, documentaries, paintings and sculpture with global exposure. And he is continuing his journey into a shadowy, out-of-kilter, and unreal makeshift world.