What can be more serene than a Goan village? Below, patient Jonathan Rodrigues profiles one particular village – Utorda – in the first of what will hopefully become a regular space devoted to village profiles showcasing the roads, by-lanes, restaurants, taverns, traditions, festivals, history and all the other things that give each village its uniqueness… END_OF_DOCUMENT_TOKEN_TO_BE_REPLACED

What can be more serene than a Goan village? Below, patient Jonathan Rodrigues profiles one particular village – Utorda – in the first of what will hopefully become a regular space devoted to village profiles showcasing the roads, by-lanes, restaurants, taverns, traditions, festivals, history and all the other things that give each village its uniqueness – and, by extension, such rich character to Goa.

This is a story about a happy marriage. Not between a man and woman but between the Arabian Sea and the River Sal. The village of Utorda is a product of this marriage. If the sea provides the fish used in the curry, the river basin has given the rice that allowed Utorda to thrive.

“River Sal can be called the life line of Utorda, since it is on this fertile basin, which is geographically special and ecologically fragile that our ancestors cultivated various crops that supported the survival of generations,” says Utorda resident Trinidade Fernandes.

The Portuguese/Konkani word sussegado somehow seems diminished when you translate it into English. For a place like Utorda is more than just “laid back.” Simplicity and serenity are its very essence.

It is believed that when the Jesuits were in the process of evangelization, they found the best toddy was available here and hence they bestowed the art of baking bread to the people of this village. These bakers later migrated to towns all over Goa, spreading the addiction of the Pau.

Utordekars used to be famous for being producers and wholesalers of foodstuffs. Fisherman casted their nets and sold the catch at wholesale rates. Same went for the toddy tappers. Toddy, coconuts, rice, chilies, watermelons and beans were all sold wholesale.

To the rest of Goa, Utorda is known as much for its watermelons as its bakers. 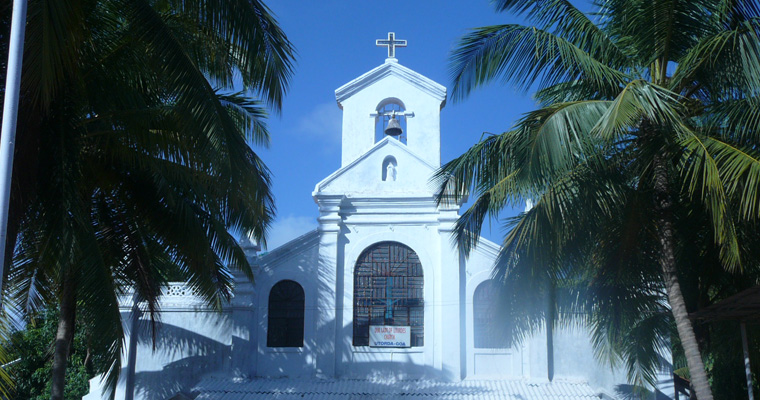 “Legend has it that once a thief who had been caught stealing watermelons was killed and thrown into the well as manure for the crop,” says Jesuin Fernandes, another villager.

Like many legends, this story has a basis in reality. Because, Utorda has a tradition of using corpses for manure – albeit non-human ones.

“The wells were specially built and animal remains were thrown into it to produce manure water which was exactly what the doctor ordered for the crops, “ explains former sarpanch Sebastiao D’Costa, adding that the practice was typical of the Utordekars. “It worked out fine for the fruit, since the watermelon has a thick crust and the stench wouldn’t invade the skin.”

Utorda’s quiet has also made it a hub for tuition, where teachers have spun a web of coaching classes. Children from neighboring villages along the coast are seen walking, riding and alighting buses from dawn to dusk. 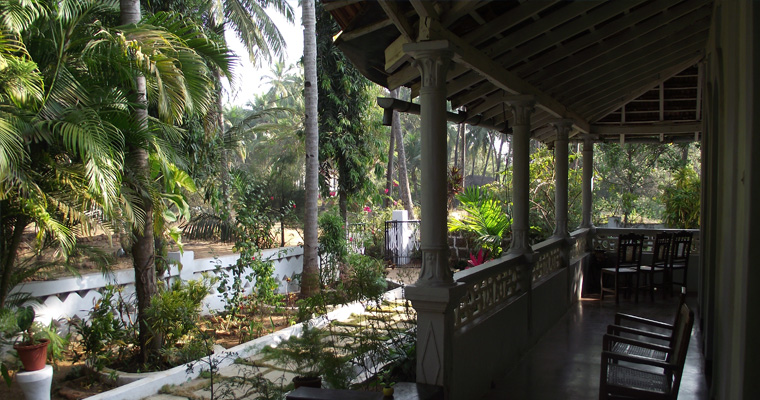 There’s something about the village that makes it a spawning ground for talent. It has nurtured a former Miss Goa and a former Kingfisher Voice of Goa winner. The people are rooted in religion, and crosses and symbols of devotion are everywhere. ‘Capella de Nossa Senora de Piedade’, situated in Loyola Ward, is a heritage site built by the Jesuits. Like other old structures in the village, the chapel boasts striking Portuguese architecture.

The Utorda railway crossing is infamously known for its serpentine queues. If you do happen to get stuck in one, you can either visit the Our Lady of Lourdes church, which is 30 meters away, or if you are on the other side of the track, you could walk into ‘Woodstock’ – a carpentry workshop that is famous along the coast.

“Don’t worry whatever you do, wherever you go, you’ll still find the train crawling by as you get back. I once attended two-thirds of Sunday mass from across the tracks,” quips retired banker Rosario Rodrigues, 62.

“If you’re riding along the coast and you have lost your way to the hotel, then make sure you find your way to ‘mollar’ – a forked junction, “ explains George Gracias, a 67-year-old retired employee of the Mormugao Port Trust. “ The numerous sign posts of hotels is arguably the only popular landmark of the village.”

On a personal visit, I discovered that the site is precisely the way Mr Gracias described it – something of a 3-D tourist map. “If you can’t interpret it, walk up to a local at the bar nearby and ask him for directions,” George advised and I did just that.  Trust me on this. However intoxicated the barman may seem, he will never get his compass wrong.

The ‘mollar’ junction is where you can catch a bus or grab a drink. There are also a couple of eateries in the vicinity. The sunburnt Utorda Beach awaits you two kilometers from here. Like few other beaches along the southern coast, it was once known for stunning sand dunes and white sand.

“I keep looking at the sand stored in a bottle by ancestors and wonder how things have changed,” says engineer Livio Pereira, who also sings in the church choir. And listen to what Trinidade Fernandes has to say about the dunes: “Thoughts of rolling down from the heights of the majestic sand dunes is now a faint memory due to the sand mining in the 1970’s.”

The beach remains quiet and largely unattended, lacking shade that would suit picnics and parties. The breeze and tranquil surroundings make it perfect for an early morning jog. Plug in a headset and let go of your worries or just listen to the ebb and flow of the waves.

George proposes an idea. “A natural workout is available at the beach itself. Put on a smile and help the fishermen pull in the boat. Muscle it in, swear and sing with them and you will get your award – free fresh fish!”  If you are too lazy to wake up and see the sunrise, you could grab a couple of beers and drive to the beach at sunset. There’s a rickety bridge at the entrance from where you could watch the sunset behind the mysterious bat island. Don’t forget to carry your empty bottles back with you.

Once in a way you’ll find a ‘tarvoti’ riding his brand new bike like a maniac or some football event organizers blasting out old Konkani songs. Otherwise, Utorda is where time doesn’t fly. You can hop on a bicycle and ride along the meandering by-lanes flanked by colourful shoe flowers and bougainvilleas. If you’re a good striker, you could try aiming at some mangoes or guavas when the aunties are asleep in the afternoon. Or if you’re particularly talented, you could climb coconut trees (a skill that locals have lost), pluck a few coconuts and keep the tender ones for yourself.