Stakeholders Are Deeply Worried About Another Slow Season

Stakeholders Are Deeply Worried About Another Slow Season
Are There Bright Spots On The Horizon?

On the long stretch of sand from Morjim to Ashwem, one of most serene beaches of Goa long favoured by foreign tourists, only about one in ten beach beds were occupied this past Sunday.  Inside the shacks, owners waited anxiously for a customer, any customer. A coconut seller sat on the sand, chopper by her side, with no takers for her coconuts. And a man whose restaurant serves up Russian delicacies said there’s no one to buy them this year.

“December is supposed to be the peak season, but it has not picked up yet and I have very little hope that it will,” said Guirish from Morjim’s Bora Bora restaurant, which has been catering to Russians and other Europeans for the past decade.

Fifteen kilometres to the south, at the popular beach at Baga, underwear-clad men and sari-wearing women frolicked in the waves, as their children built sand castles and kicked footballs on the beach.The crowds were robust. But most brought their own food and drink, and the shacks, like those in Morjim, were also largely empty.

Welcome to the new reality of Goa tourism. Booming Baga is a favourite of low-spending domestic tourists. Mellow Morjim is a favourite of higher spending foreigners. Today we’re seeing a thriving scene of domestic tourists who, because of India’s strong economic growth, come from families in places like Gujarat and Maharashtra who are now able to afford a modest vacation in another state. And a declining scene of higher-spending international tourists, who for whatever reason – the fall of the Russian ruble, ubiquitous garbage on the roadsides, crowded beaches, lawlessness, noisy music festivals – are opting for other destinations. 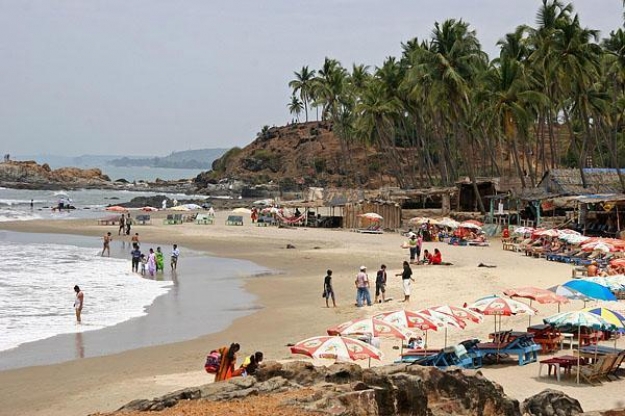 Now before you throw in your beach towel and descend into despair, understand that all is not lost. While the latest statistics available date back to June, the figures show that the total number of tourists arriving in Goa – both domestic and international – is going up. Around 4 million visitors a year now visit our sunny state (see table), some 13 percent of whom are foreigners and the rest Indians. (Considering the local population is only 1.5 million, this is quite a large number). A government campaign to keep garbage off the beaches has been largely successful, and authorities are earnestly promoting a host of “alternative” tourism activities – adventure, cultural, religious, family, eco-tourism, etc.

And while we’re definitely seeing a fall in the number of Russians visiting this year and last, officials are hoping for a spike in the number of British and other European tourists. And Goa undoubtedly remains a favourite destination among Indians, many of whom do come here with plenty of money to spend.

Baltazar Fernandes , owner of Baltons beach shack in Utorda in South Goa, explains how it is not all bad for him this season.

“The season is slow but I’m hoping it will pick up by the end of December, as January is our peak time,” he says. Baltons gets Indians, locals and Britishers, and a few resorts in the area send their guests, too. “We mostly rely on domestic tourists and locals, as they spend more. We actually prefer Indian tourists to foreigners,” Baltazar explains.

If Goa is able to rein in the biggest threats to the tourism industry – inadequate infrastructure, garbage and litter, price gouging, hawkers, gawkers, and a lack of planning and strategy – the future could be bright. That’s because India, with its 1.2 billion inhabitants, is a gargantuan nation and the fastest growing major economy in the world. And there is only one Goa in this vast and largely conservative country of ours. Only we have this sussegado lifestyle, tolerance for all creeds, relaxed dress codes, embrace of leisure, free-flowing alcohol and the sun and the sand that beckon with clear waters and sunsets that are a blazing range of orange and purple hues. 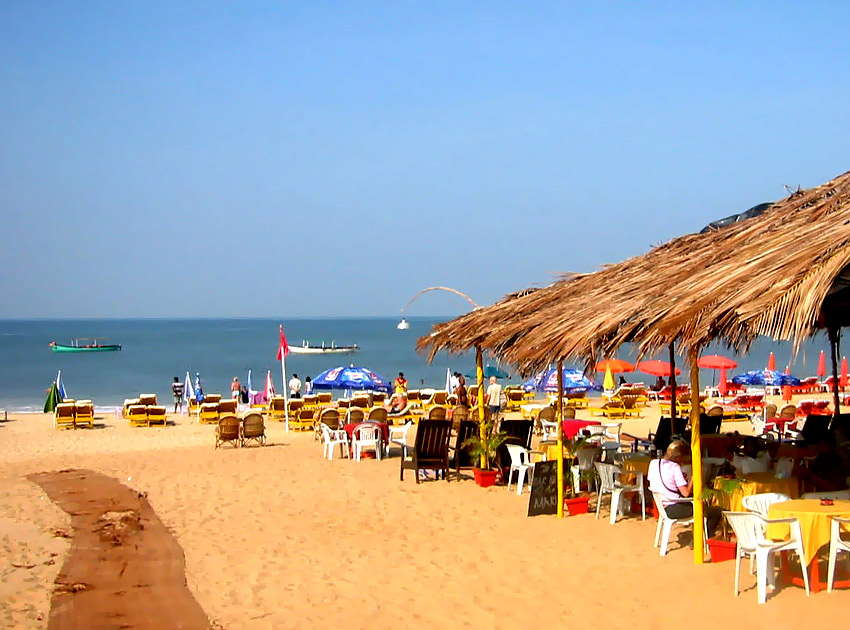 One moment you stop and smile and everything around you slows down. It is true then: Earth has music for those who listen. You cannot resist falling in love. The serenity helps you rise above the tides and think of the beyond that awaits. The feeling of placidity, such immensity, such infinity is what lures tourists to Goa, much like orchids lure bees.

“We see a positive change in influx every year, there is increase in both domestic and international tourists,” said Ganesh R. Teli, Assistant Director of Tourism (Planning).  “Season has just begun from October, and is likely to pick up in December. For us, January and February are peak season. We get more domestic tourists in March and April, whereas international tourists come in early.”

He acknowledges, however, that stakeholders are reporting a drop in foreign visitors this season.

“It has been a slow year up until now, but it will surely pick up, as there are four months left for the season and these are crucial four months. Russia has also diverted chartered flights to Goa, and we still have steady numbers of Europeans and Germans. Also, domestic tourists are equally important as in some cases domestic tourists spend more,” he says, adding, “the future of tourism in Goa is very bright.”

Through infrastructure improvements and other tourism-friendly projects, the Goa government is fighting to attract a more moneyed clientele both domestically and internationally, promoting charter tourism and FITs (free of itinerary tourists or free independent tourists). The hope is that this sector can boost the economy by spending more, and reduce the congestion of the so-called “male mob” tourism, where busloads of young men inundate the state, often sleeping in vehicles and cooking their own food in open fields.

Many international tourists who visit the state religiously every year have become disgruntled. They come looking for peace, but find irritants, disrespectful vendors, and domestic tourists ogling at them. This segment usually consists of retired couples, or families (often Russians) who come here during the European winter.

“The last two years have been bad for business and this season seems to be following the trend,” says Guirish from Morjim’s Bora Bora. He said there are very few Russians this season and “the few that come have no capacity to spend.”

The good news is our beaches are still beautiful, our air still breathable, our countryside still green and our culture still warm and welcoming. The bad news is that each of those advantages are under significant threat these days. If we fail to keep Goa beautiful, we won’t have to worry about tourism because there won’t be any. 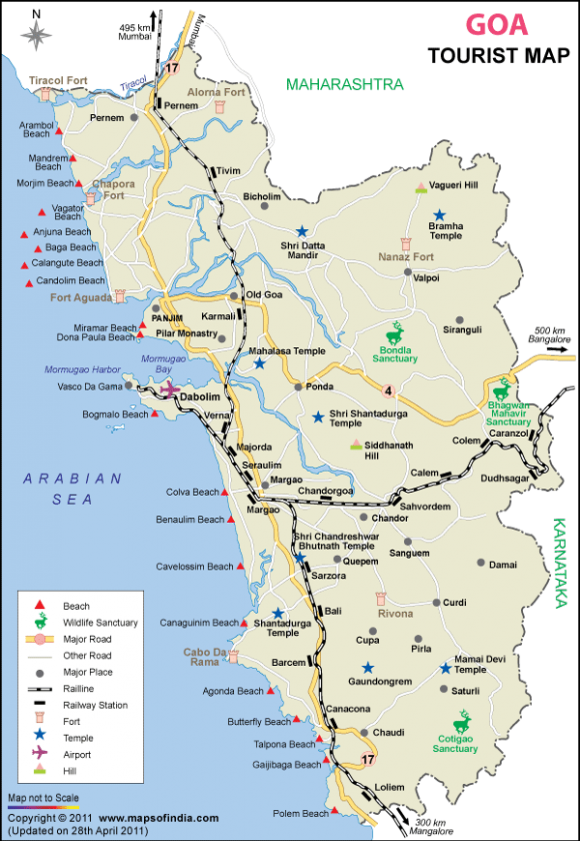 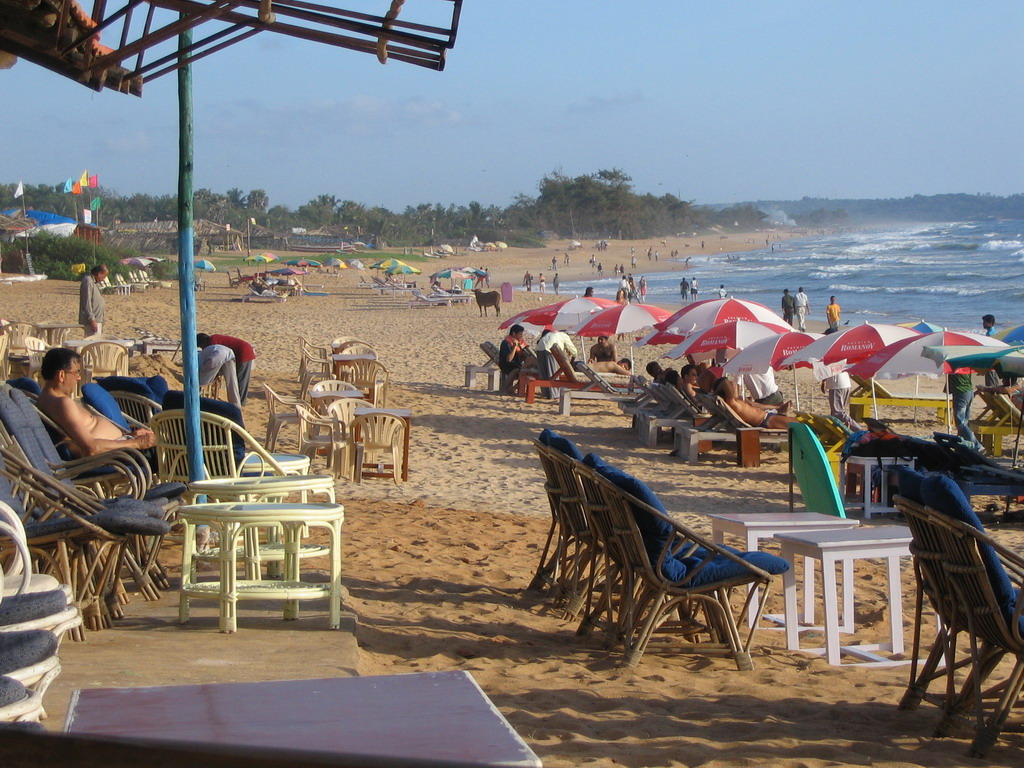