It seems like only yesterday when “chatting” meant talking to another human being, when “liking” something did not require clicking, when “clicking” was the way you turned on your TV, and when “tweeting” was something done by parakeets.

Yes, Goa still has cows on the road, climbers of coconut trees, stompers of cashew nuts and net-wielding fishermen pulling in the catch of the day. But that it also has WhatsApp, Facebook, Twitter, Instagram and Pinterest is a testament to how harmoniously tradition and modernity coexist in the sunny state.

If the digital revolution is sweeping India, it’s inundating Goa like a veritable tsunami. India’s 2011 census showed that Goa has the highest percentage of Internet users in all of India, a country where overall Internet penetration grows by around 30 percent a year, according to global digital analyst comScore.

While some 30 percent of Indians now have access to the Internet in one form or another (usually through mobile phones), the figure in Goa is believed to be well over 50 percent, though no exact figures are available.

“The availability of cheaper phones, various schemes, bold advertising, and higher standards of living have made it possible for almost everyone to own a phone and use internet. No wonder we see most teenagers and adults alike glued to their phone-sets for most of the waking hours,” says Ketan, a mobile phone dealer.

What does this mean in practical terms? It means you shouldn’t be shocked if the lady who serves tea in the office suddenly sends you a Facebook “friend” request. Or if the guy who clears your monsoon weeds requests a scheduling change via WhatsApp. Or if your kid thinks you’re old-fashioned because you still prefer Facebook to Snapchat. Or if your 85-year-old grandmother has suddenly learned to Google.

It also means that if you’re a business person, a professional of any kind, an educator or just a regular person going about her daily sussegado Goan life, it’s probably a good idea to get wired and embrace the social media temblor, if only to make sure you’re keyed in to the world around you. 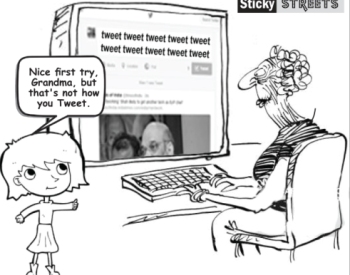 And yet to not see the downside of all this is to deny reality. What is all that time staring at a screen really doing to the minds of the youngest among us? The science on this is far from clear, but as a psychologist I would definitely recommend limiting that time until we fully understand the lasting effects.

Clicking selfies … Putting up profile pictures … Updating Facebook pages with the most recent news in your life… Our hearts and minds are riveted by digital content, and accumulating Facebook “likes” and Twitter followers can be like a heroin addict’s fix. Is it really healthy for happiness and self-esteem to come from Facebook likes? And what about those of us who don’t much care for Facebook or Twitter, who are happy with moderate-to-mediocre digital skills, and who miss the good old days of books, real conversation and other analog pleasures?

Truth be told, however, there’s no reason we can’t enjoy the best of both worlds, and the digital world certainly has its own set of pleasures.

For Savia D’Souza, Facebook is about catching up with online players in intellectual game of scrabble. The moment she reaches home from her work, she rushes to her desktop to enjoy this game of forming words. She is a veritable Scrabble addict (better than heroin, no?).

Many access the internet to download songs, watch movies, read articles, shop and, much to the chagrin of a great many Goan spouses and parents, access pornography.

Online shopping is another phenomenon that has taken Goa by storm. 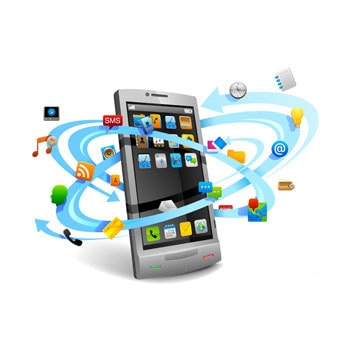 Sophia Dias of Loutolim says, “Online shopping is quite cheap as compared to physically going and buying items from shops. My cousins and I love to purchase items from Myntra and Flipkart. No hassles of going out in the heat or getting wet in the rains! Wider choice! Who wouldn’t be happy?”

Some retailers feel the pinch of online competition offering substantial discounts. Where does that leave the good old shopper who loves to frequent bazaars and stores in person?

“I love to go and buy things. I am not net savvy. At my age, I doubt I can indulge in e-shopping. I am 63 years old now,” says Savia from Chinchinim.

Want to travel to Mumbai or Bangalore or Pune? Book your train tickets online rather than queue up for that that small piece of rectangular paper given at the railway station. Are you planning a trip to the Holy Land or Europe or a vacation in the Maldives? Many prefer to book their own flight tickets online at various sites like MakeMyTrip.com rather than visit the travel agent (a dying breed if there ever was one!).

Even medicines can be booked online, though beware of the risk of buying the wrong medication. Doctors form their own forums and offer medical advice on the net.

Hubert Rodrigues from Fatorda adds, “Digitalization has helped people to make online payments of public utilities – water and electricity departments. Important property documents like Form I and XIV can be accessed online.”

Students form another group who have benefited greatly from a digital Goa, conducting online courses, updating their knowledge base and applying for scholarships.

Not too long ago, Indian Prime Minister Narendra Modi and Facebook Founder Mark Zuckerberg shared a stage in California and declared India as the world’s next digital frontier. Goa, the country’s richest and most well-educated state, is well positioned to lead the way. Even so, please remember to ask your Goan children to read books. And if they do so on an iPad or Kindle, it still counts.