Historical Freshwater Spring of Fontainhas to Be Restored

Inside the Fenix tunnel

Historical Freshwater Spring of Fontainhas to Be Restored

The Fontainhas residential area in Panjim is much celebrated as the city’s Latin Quarter, ampoule a space that exudes a genteel way of life imbued with intellectual and cultural value. The Fontainhas locality is believed to get its name from the Fonte Fenix, a spring (fonte means spring in Portuguese) located here. This spring has been in a dilapidated state for many years now. But thanks to renewed interest by the city authorities, it will soon be rejuvenated.

Fonte Fenix is a natural freshwater spring by the hillside aquifer, leading to the catchment area of Mala lake. The Fenix spring is a ‘sister’ spring to Boca De Vaca on the other side of the hill and shares the same underground aquifer. ‘Boca de Vaca’ means ‘Mouth of the Cow’ in Portuguese. Fenix refers to the phoenix, a mythical long-lived bird that is cyclically regenerated or reborn from the ashes.

The Fenix spring has a connection to the development of the City of Panjim. Its water was channelized for use by the locals at the street junction. The area around it developed as a residential quarter in the early 1800s. The spring was built in 1853-57 during the reign of the Governor General Conde de Ourem along with other development work in the Fontainhas locality.

The wonderfully designed system consists of an underground tunnel, two vent towers rising from the tunnel and finally the spring water body itself, covered by a third domed tower. A crucifix stands mounted in the wall at the far end of the tunnel, near the feeding vaults. The first vent tower caps this point. It doesn’t look much like a tower from the outside, its dome is almost at ground level. Light diffuses from the laterite stone dome capping the vent, illuminating seven low vaults in the side of the tunnel. The feeding vaults stand barely waist high, tapping into the fresh water that gently seeps from the hillside into the tunnel. The water then flows down the floor of the tunnel to the Fenix tank. The Fonte Fenix has an elaborate façade, with three bays and a three storey high structure. The pilasters and horizontal bands are intricately moulded. Two arched doorways at the sides allow entry into the tunnel.

From being just a source of water, the Largo (Square) de Fonte Fenix emerged as an important public space for recreation, celebration and other community activities over the decades. Presently the components of this space are the Largo or the street junction, the spring along with the vents and the underground tunnel, the park and the playground that stand near it. The other subsidiary components are the Steps to the temple, a milk booth, a puja platform, a club house and a public toilet. 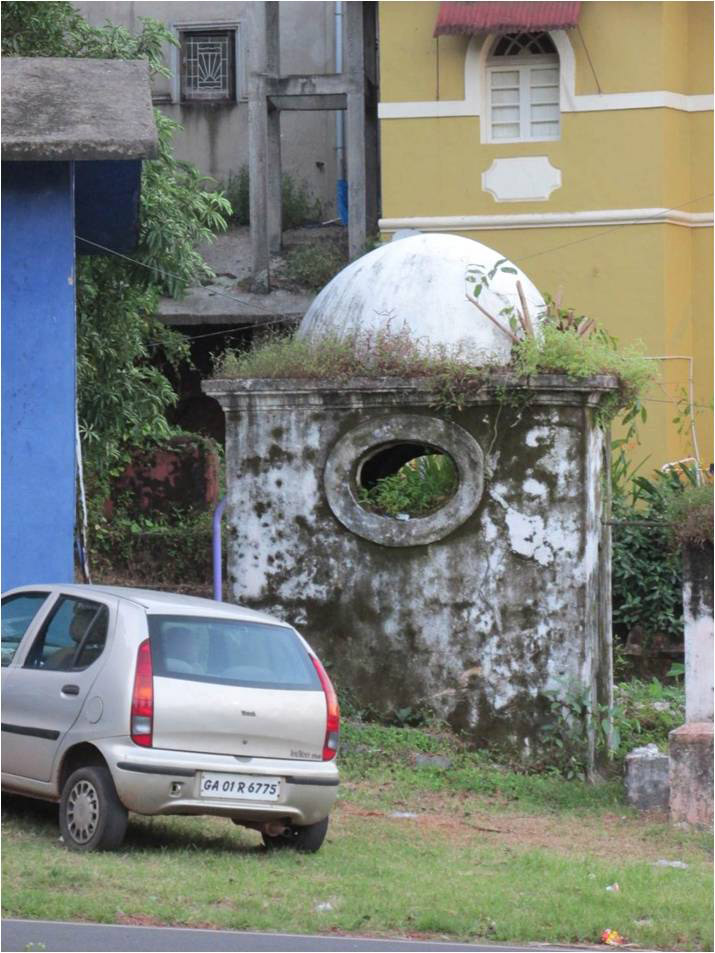 “These are all disparate elements and the place requires a holistic redevelopment and revitalization,” says Panjim-based restoration architect Ketak Nachinolkar, who has studied the project and drawn up plans for its revival. “We have to create a sense of place by improving the existing physical elements and introducing new ideas.”

Much has to be done. I went down into the tunnel along with Ketak and his team to see the inside of this centuries old underground space. The laterite stone dome roofs of the vent towers are fractured and need structural rehabilitation. The tunnel vault roof can also be seen cracked at one place, it has been grouted from the top with concrete in the past, in an attempt to repair it. The spring water tank itself is dirty, with locals washing clothes in it, and even defecating inside the tunnel. The balusters at the top of the retaining walls look out of place, as does the milk booth and service chambers just outside the tank.

“The retaining wall at the edge of the existing playground is wrongly located above tunnel,” says Ketak. The toilet for this play area is in visibly poor condition and is planned to be demolished. “The vehicular traffic here limits use of this area as community space,” adds the architect, “We plan to do some realignment of the road to improve the use of space for public recreation.”

The new planning includes restoration of the spring, a revamped play court and kids play area, seating, road realignment  relocated parking, landscaping, a new bandstand and a display board with historical information.

The Phoenix bird of Greek mythology is believed to rise from the ashes time and again. True to its name, the Fonte Fenix too will rise again to be an exuberant public space for the people of Fontainhas. 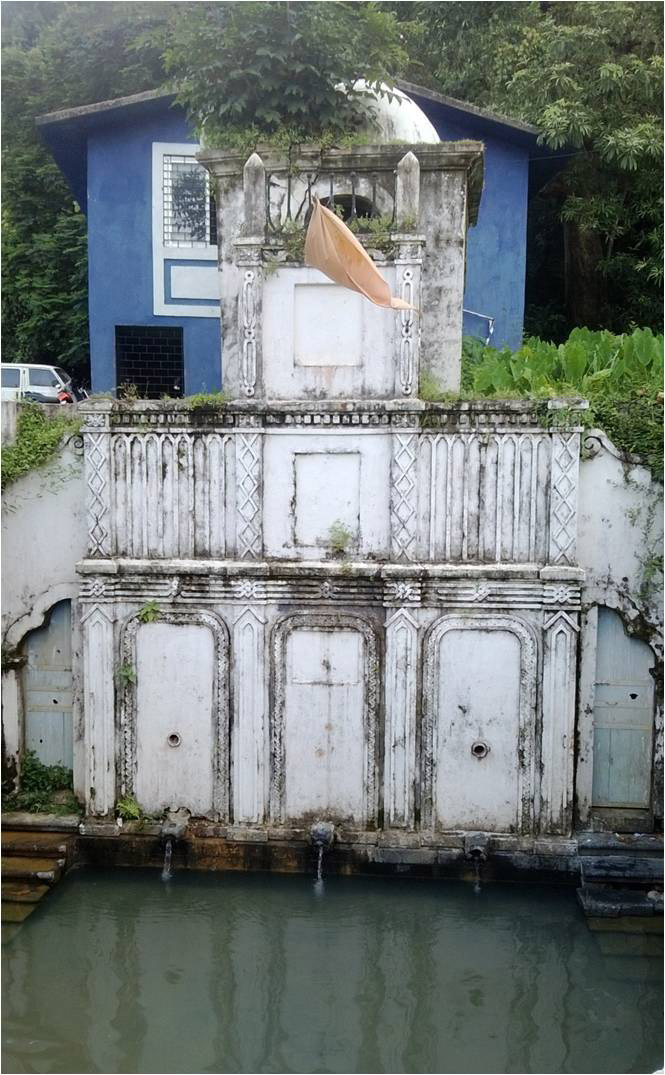 Fonte Fenix as it stands today 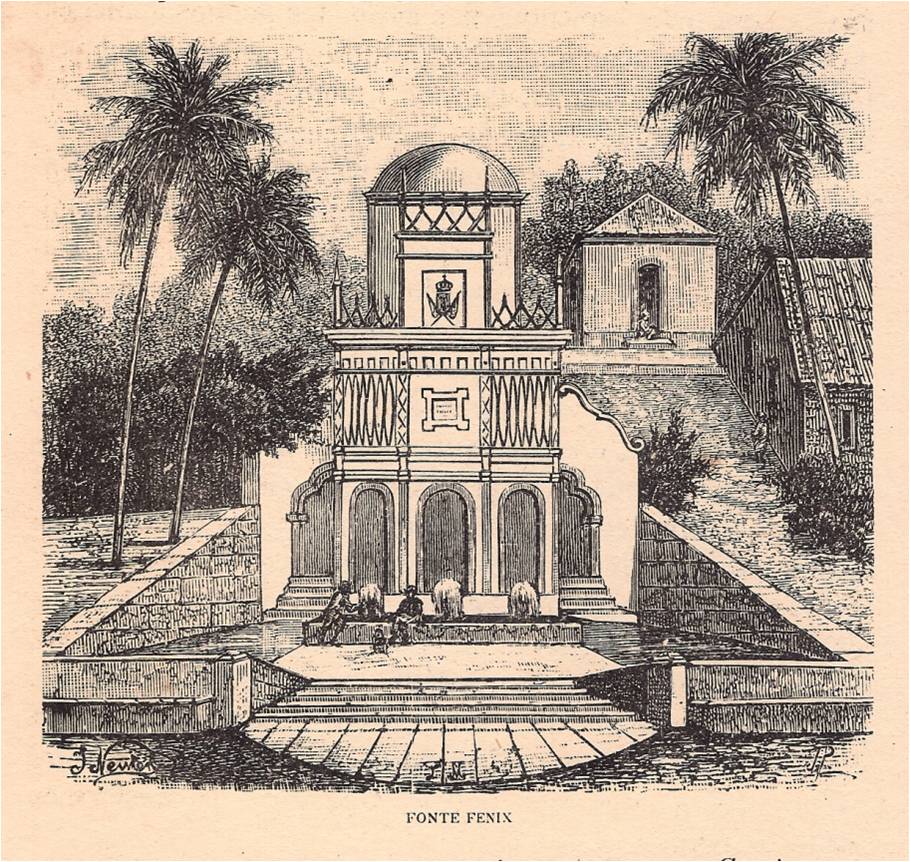