Seen in a refreshing new light  A beautiful new book by architect Gerard da Cunha and Japanese artist Akeru Barros Pereira takes the reader on a whirlwind ride through Goa’s history and how it influenced the makeup of the houses of Goa. Akeru’s deeply moving paintings show Goan homes in a refreshingly new light, with… END_OF_DOCUMENT_TOKEN_TO_BE_REPLACED

Seen in a refreshing new light

A beautiful new book by architect Gerard da Cunha and Japanese artist Akeru Barros Pereira takes the reader on a whirlwind ride through Goa’s history and how it influenced the makeup of the houses of Goa. Akeru’s deeply moving paintings show Goan homes in a refreshingly new light, with foliage-framed mansions standing tall in verdant landscapes featuring a melancholy play of light and shadow. Gerard’s explanations are filled with insight and surprises. Did you know that if a Goan family had an African connection, there would be zebras and giraffes in the flooring mosaic?

Ten years after the publication of the highly acclaimed book Houses of Goa, Gerard has now come out with the new book?The Indo-Portuguese House. This hard cover coffee table book, priced at Rs 1700, contains 72 pages of the water colour and pencil paintings of Akeru, a Kyoto-based Japanese artist who is married to a Goan. These images of Goan houses are accompanied by 36 pages of text, illustrations and photographs that illumine the evolution of the Goan house through Gerard’s eyes.

How does this book differ from Gerard’s earlier publication, Houses of Goa? “The two books stand ten years apart. This book contains my understanding of the Goan House, with newer information collected and studied over these ten years.” Gerard also owns and runs the Houses of Goa Museum at Salvador do Mundo in North Goa.

“These are Indo-Portuguese houses, not Portuguese houses,” asserts Gerard, commenting on the evolution of the Goan house in recent years. “In the colonial years, Goa was isolated from the rest of India and the houses of Goa could evolve architecturally without outside interference. After the Liberation of Goa in 1961, there was chaos. People left Goa, others came in, and now the architecture of some areas looks like a part of Kholapur or Patna or any other part of India.” 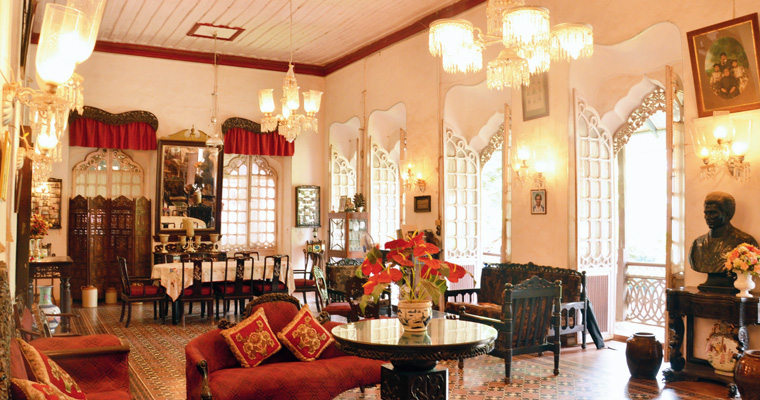 “Akeru makes wonderful sketches, she captures the mood of these houses like no text can. She looks at each house as a story, what it was, what it could have been. Goa has many models of Indo-Portuguese houses, I have tried to include as many as I could in this book. Even the small house looks beautiful, in its proportions and design. Akeru also depicts the landscape and setting around the house to complete the imagery.”

Da Cunha decries what he sees as a troubling trend in the current architecture of Goa – what he calls “a kind of cut and paste trivialization of the past” that mimics the Indo-Portuguese style without capturing its “exciting, experimental and wonderfully evolved aesthetic.”

The reader is also able to reflect on the fact that the Basilica of Bom Jesus at Old Goa was built in the same period as the Great Mosque for Sultan Selim II in Edirne in Turkey, St Basil’s Cathedral in Moscow and the Citadel of Bam in Iran. The origins of steep-tiled roofs and other elements of the well-developed and rich vocabulary of the Indo-Portuguese building are briefly explored here.

But it is Akeru Barros Pereira’s soft toned watercolours that make one look at Goan houses with new and softer eyes. Akeru, whose husband is Joao Barros Pereira of Cansaulim, has clearly fallen in love with the Goan houses as well. Trees embrace the house, with leaves caressing the tiled roofs, and sometimes cloaking the house, like green garments. Falling light around the house evoke the generations of men and women who strode the banquet halls and children who played hide and seek in the many nooks and crannies of these mysterious mansions. Akeru’s paintings tell stories, tales that beautifully complement Gerard da Cunha’s erudite study. 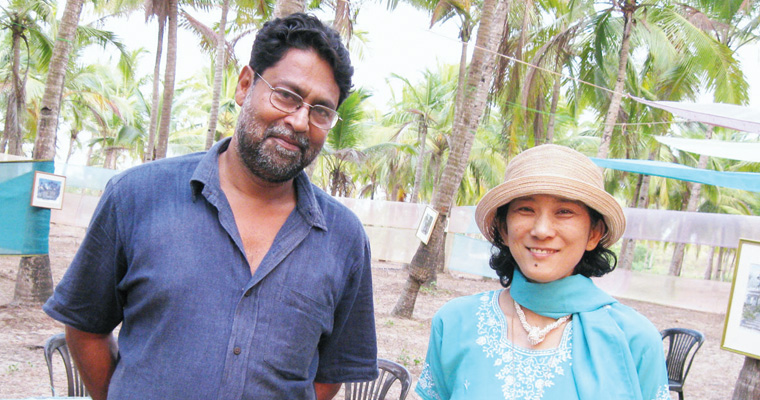 This book may not satisfy the academician who needs to know more detail, perhaps the earlier tome would serve the scholar better, but this book, The Indo-Portuguese House, is a feast for an aesthete who rejoices in these great houses still standing today and a connoisseur of saudade?that haunting state of nostalgic longing for a time long gone.