Taking reigns of the holiday season, Sunburn Goa is not just a festival but a destination for music lovers and dance enthusiasts head off to cement their memories. This December too, the ‘mother of all’ festivals, Sunburn continues the bequest to music aficionados in India & worldwide with a line-up worthy for generations to remember by. In its 8th year of providing unique dance music experiences, 2014 will earmark new beginnings as the stage in Goa is set for the biggest line-up of over 150 artists.

The benefits are endless and pouring from all directions if you pick up the tickets. First off, there is a unique Psy-stage that will play host to the top artists from across the world. Next up you can get an aerial view of the festival with Hot Air Balloon rides and acrobatic airborne acts at the festival. Sunburn Goa will also offer jet skiing, Paragliding, Banana Boat rides at affordable prices which will keep your adrenaline pumping.

So do not wait for Christmas to come, go pick up your tickets and get ready for Asia’s biggest music festival in Vagator, Goa on 27th, 28th & 29th December 2014 Check out the complete line-up below.

The high energy brotherly duo have been wreaking havoc across the world with their chart topping numbers, Dimitri Vegas & Like Mike have continued to shower their fans with love, music, energy and of course never-ending Champagne. The deadly duo are known for their huge remix cuts, immense original tracks including Wakanda, Chattahochee and many more. The pair have played a significant part in the shaping of the mega-festival Tomorrowland’s theme number and have always featured amongst its a-list stars. 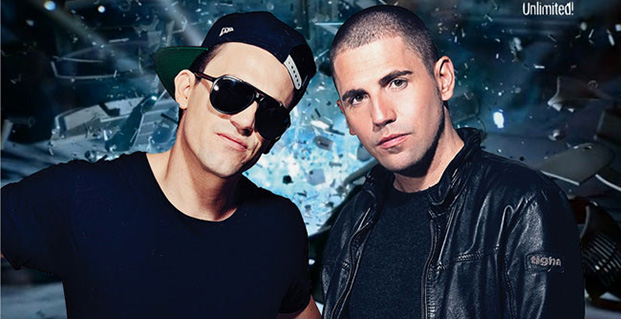 The Australian electronic dance music duo comprising of the drum and bass band Pendulum, Rob Swire and Gareth McGrillen are the spinners of magical dance web to all their fans. Ranked currently on number 25 on DJ Mag’s annual poll, Knife Party have destroyed dance floors worldwide with fantastic numbers such as Internet Friends, LRAD, Bonfire, Fake Blood, Centipede and many more. They have been associated with acts such as Steve Aoki, Swedish House Mafia and will present a moombahton, drumstep stage to the audience. 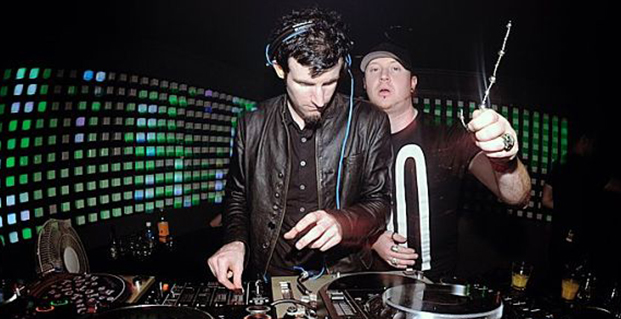 Oliver Heldens, the mastermind behind the infamous name Sander Van Doorn is a class apart when it comes to electronic dance music. He remains the unbeatable demi-god of progressive house, big room and trance. He is one of the most influential and popular DJs in dance music today.

The hottest women in electronic dance music, Krewella is an electro group from Chicago needs no introduction. They made their debut in the summer of 2011 and have not looked back since then. The energy and diversity of the trio is unmatched and they defy the norms of electronic dance music. With inexorable growling bass, fans will find themselves raging harder than they ever have before. 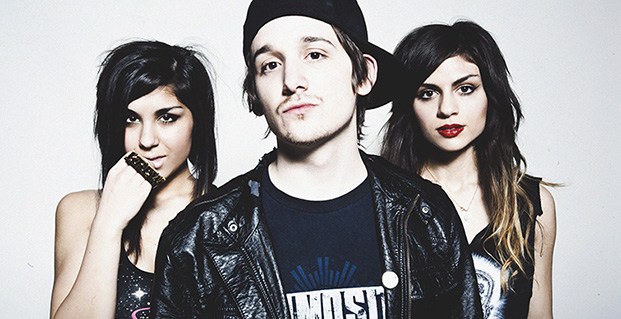 Fresh and uplifting sounds combined with a talent for explosive trap music, Baauer is a household name for trap music lovers across the world. Baauer has produced remixes for Nero, The Prodigy, Flosstradamus and No Doubt and has been producing music since he was a mere 13.

Spanish born Danny Avila is the boss when it comes to Electro house, big room house, Dutch house, and trap. He has worked with Tiësto, Deniz Koyu, The Black Eyed Peas and Fedde Le Grand. His first set was in 2010 in the Spanish club Kapital. In 2011, he was nominated as the “DJ Revelación” at the Vicious Music Awards by Ron Barceló 2011.

Every music lovers dream, Deniz Koyu is a man with many talents. He is one spectacular producer who counts Fedde Le Grand, Sebastian Ingrosso, Axwell, Tiësto, Avicii, Alesso, Erick Morillo, David Guetta and Calvin Harris among his biggest fans – the man behind hits ‘Tung’, ‘Hertz’, ‘Bong’,

The name DubVision may sound familiar. Tied to the biggest record label of all times (Spinnin Records) DubVision have created a massive buzz with their chart busting number “All By Myself”.

Far Too Loud, a.k.a. Oli Cash, has gained a reputation for hi-tech, dancefloor-destroying music that makes people throw their hands in the air and go crazy.

Dutch hardstyle producer Willem Rebergen better known by his stage name Headhunterz has become the biggest name in hardstyle music with his trance influenced melodies and distorted pitched kicks. He has performed at every major hardstyle event including Qlimax, Defqon.1, Q-Base, inQontrol,

Jamie Jones is a Welsh DJ, producer, member of electronic music group ‘Hot Natured’, and the head of the record label Hot Creations. In 2011, he was polled as the world’s foremost DJ by online dance music magazine Resident Advisor and in 2012 he received mainstream success with Hot Natured’s single Benediction.

Klingande is a French deep house producer with a prominent use of the piano and the saxophone. Fairly new onto the scene and working vigorously since 2012, Cédric- the man behind Klingande says he is highly influenced by Swedish House Mafia.

At 23, Mackenzie John most famously known as MAKJ is one talented prodigal son of dance music fraternity. Honing and perfecting his skills over several years MAKJ has Dj’ed at exclusive enues across US, Europe and many more continents.

With releases on the labels such as Mau5trap, Toolroom Records and Ministry of Sound, it is indeed honoured as one of the greatest artists, Michael Woods descends upon the hallowed grounds of Sunburn Goa 2014. 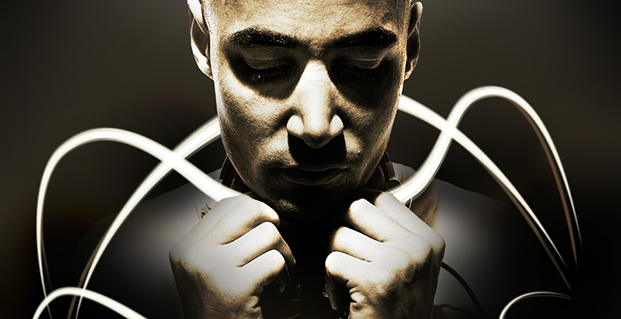 Famously known for his collaboration with record breaking artist Zedd, Matthew Koma is an American musician and singer-songwriter. Inspired by Elvis Costello and Bruce Springsteen, Koma started his music career in punk rock, later transitioning into a mixture of genres ranging from pop and hip-hop to EDM.

The youngest and most boisterous growing talent of dance music New World sound is an Australian duo composed of Tyrone James and Jesse Taylor. In 2013, they released the single, “Flute”, with Thomas Newson.

The Producer/DJ duo of U-Tern and Oligee, is the mean machine behind phenomenal numbers. They are responsible for some of the funkiest, toughest, and most diverse dance music today. After spending years writing, producing, DJing and digging for vinyl, U-Tern and Oligee linked up in LA to forge something groundbreaking

After producing for 7 years and gathering support from Tiesto, Hardwell, and Sander Van Doorn, to name a few Paris Blohm has come a long way. His stellar productions has caught the attention of the label giant Interscope Records, with whom he signed a management deal.

Three times Grammy nominated DJ & producer Paul Oakenfold is the original pioneer and icon of global trance scene. His creation “Trance Mission” has brought a fresh audio visual experience to the hottest dance floors as Paul introduced his famous Full on Fluoro” sound, which has gathered incredible popularity in Europe. 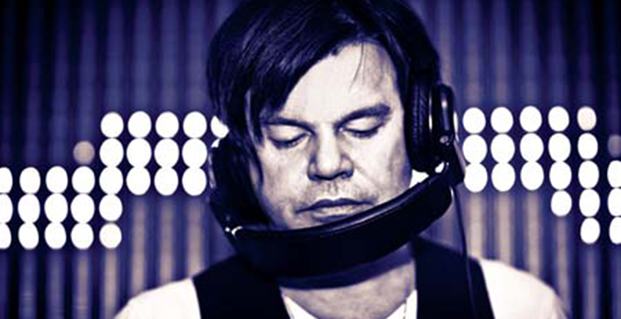 Alexander Paul Coe is a UK-based producer better known as Sasha and he began his career in the late 90s in acid house. Sasha has remixed tracks for artists such as Madonna, The Chemical Brothers and Hot Chip. His remix of Felix da Housecat’s “Watching Cars Go By” earned him a 2004 Grammy nomination. 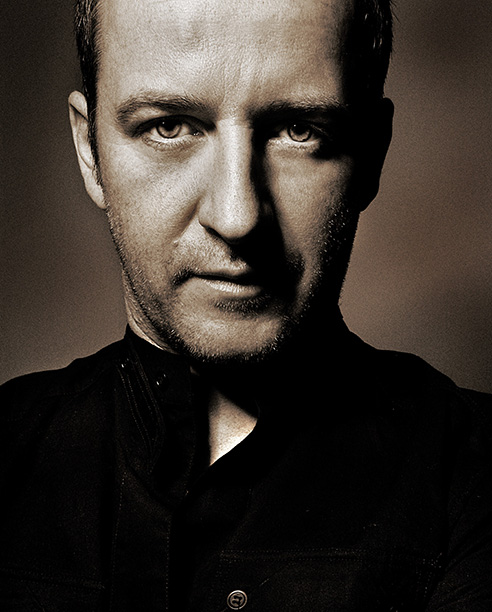 The burgeoning of young dance music talent in India has been widely supported by Sunburn at every festival. Keeping up to the glocal audience that they cater too, Sunburn Goa will also host Anish Sood, Algorythm, Delhi Sultante X Begum x (Live), Dualist Inquiry Band (Live), Joshi, EZ Riser, Shaan, Reggae Rajahs and many more.So what are you waiting for? Book your tickets TODAY!