Bring on the cheer girls – the IPL circus is here! Go to any bar or hangout in the evenings these days, and you’re likely to find everyone’s eyes glued to the large TV screen, closely following each and every wild shot, every catch and dismissal of the Pepsi Indian Premier League (IPL) which last week got off to a rocking start in faraway UAE (United Arab Emirates). Controversially, the IPL, which is supposed to be the premier domestic cricket league, is being played in the UAE because of the general elections in India, for safety reasons. But it will come back to India in the latter stages, once the elections are done.

Goa, of course, is no exception to the IPL mania, with folks all across the state glued to the good game.

“I watch IPL for the fun of it. The hours are convenient and it helps me watch out for new young players to root for,” said Jovito D’Souza, a young professional, adding that he wasn’t particularly rooting for any team and didn’t know which side to take.

To be sure, the Goan obsession with IPL has not always been pretty. Back in 2012, two minors helped kill their grandmother from Velim and then stole her gold and cash worth Rs four lakh. They later confessed to the police they wanted the money to bet in the IPL.

For the most part, however, it’s all in good fun – and it’s the love of the game that motivates the fans.  Lots of venues around the state will be hosting IPL events and screenings, including Grand Hyatt Goa in Bambolim, Alila Diwa Goa in Majorda, North 16 and Cricketer’s in Calangute, Kamaki and Infantaria in Baga, Curlies and Guru Bar in Anjuna, Tina’s Pub in Candolim and Soul Souffle in Verna.

“The IPL has got me watching all the matches no matter where they are played and no matter where I am. Even if I am in a pub, I would like the match to be screened,” said Amey Lawande an avid cricket fan, who is unperturbed by the controversy and fixing scandals surrounding the game. 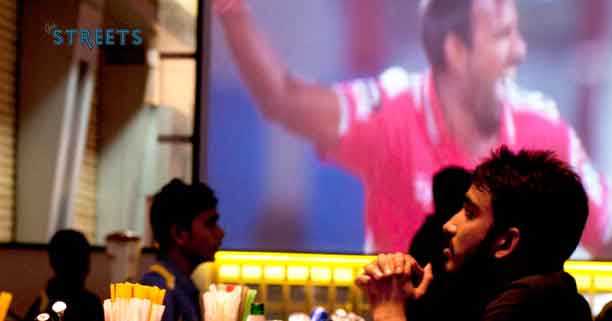 Controversy, of course, is never far from the IPL, with the owners of two of the teams, Rajasthan Royals and Chennai Super Kings, being investigated for their involvement in match-fixing during the last IPL. The teams, though, showed no signs of being under the clouds when they took to the field, with Chennai Super Kings scooping up a one-sided win against Delhi Daredevils and Rajasthan Royals giving a tough fight, before losing to Kings XI Punjab in Sharjah.

This, and the thumping victory over Sunrisers Hyderabad on Tuesday evening, of course, has brought the dimples back on the face of Preity Zinta, co-owner of the Punjab team. Glenn Maxwell is turning out to be in inspired form for them, with two 90+ scores and one 89 in three matches, and is now being described as the ‘Storm Man’ after their victories, starting with the one against Chennai Super Kings in the opening match. Kings XI Punjab are clearly the team to watch, and luck also could be on their side. As Maxwell put it, “You don’t expect to make two big scores like that in a row and I have had a bit of luck as well. Hopefully, the luck stays with me.” 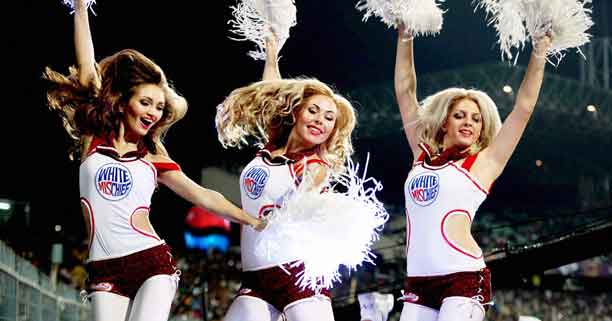 Maxwell was with Mumbai Indians in the last season, and Neeta Ambani and co (owners of Mumbai Indians) will be left regretting the fact that they allowed him to go, apparently because they had doubts about his form. The highest scorer for Kings last season was David Miller who has been retained by them.

For its part, Goa has only one of its players in the IPL this year. While attacking opening batsman Swapnil Asnodkar was not bought by any team, his former team-mate Shadab Jakati from Vasco is the only Goan to be seen in action this season, playing for Royal Challengers Bangalore as a left-arm spinner. He was earlier playing for Chennai Super Kings since 2008, and shot to fame during the 2009 IPL in South Africa when he made the most of the ample turn on the South African pitches. The next year too he was one of the stars of his team by claiming 13 wickets. 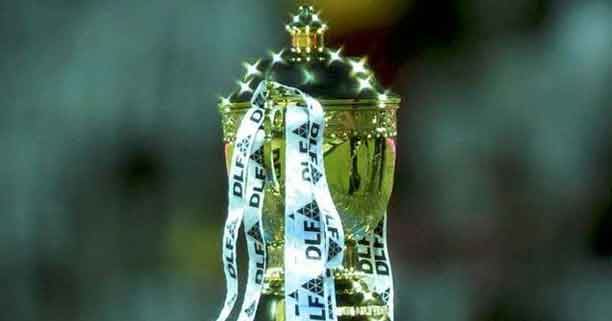 Swapnil, too, has had some great innings in the previous IPL’s, even earning high praise from captain Shane Warne while at Chennai Super Kings for his fearless attacking style. The 2007-08 Ranji season was particularly memorable – he scored 640 runs at 71.11 with a personal best of 254 not out, against Railways.

Back to the here and now, fortunes are sure to keep fluctuating with each game as the eight teams battle it out in the seventh edition of the richest cricket league in the world (the last edition was valued at $3.03 billion), with the TV cameras zeroing in on the most impossible of catches. In fact, catches are turning out to be the most important facet of these matches. As India and Chennai Super Kings skipper Mahendra Dhoni put it after the win over Delhi Daredevils, “Catches win matches and it was proved in this match.” 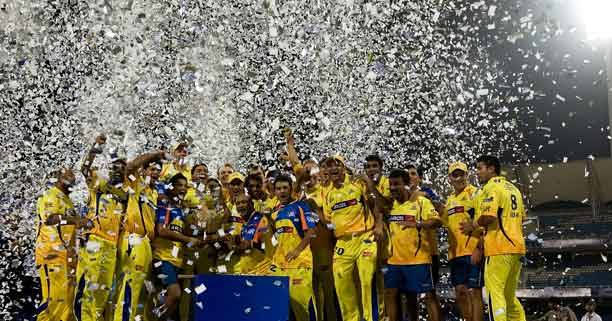 CSK, The most successful team

Defending champions Mumbai Indians, however, have started off their campaign on a disastrous note, with two defeats against Kolkatta Knight Riders and Royal Challengers Bangalore. Of the 11 clubs to have competed since the inception of the Premier League in 2008, five have won the title: Chennai Super Kings (twice), Rajasthan Royals (once), Deccan Chargers (once), Kolkata Knight Riders (once) and Mumbai Indians (once).

There’s a long way to go before the winners are found on June 1 when the IPL will conclude. It could be anyone’s tournament with each team having their own special fire-power with some of the best batsmen in the world, besides of course the most varied attacking bowlers. 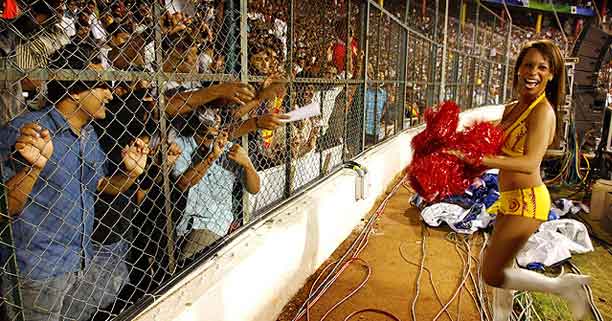 Some expert commentators feel Royal Challengers Bangalore have an edge over the others because of their strong middle-order batsmen comprising Virat Kohli, Yuvraj Singh, AB de Villiers and Albie Morkel. But then each of the teams has their own strengths.

In a strange coincidence of sorts, Chennai Super Kings has four national team captains in the team: Faf du Pleiss of South Africa, Dwayne Bravo of the West Indies, Brendon McCullum of New Zealand and Mahendra Singh Dhoni, captain of the Indian team, which kind of makes it top-heavy.

One of the highlights of the IPL every year is the annual auction of players, where cricketers are bought and sold by their teams. This year’s auction saw 154 players being sold. The costliest was Yuvraj Singh who was bought by Royal Challengers Bangalore for Rs 14 crore. The costliest foreign player was Kevin Pietersen who was bought by Delhi Daredevils for Rs 9 crore. This year’s star batsman Glen Maxwell was bought – and sold – ‘cheaply’ for Rs 6 crore.