Goa Streets’ story last Friday “Goa’s Tourism Woes – The Real Story Behind The Low Numbers, dosage Empty Hotel Rooms and Overall Slump In Goa’s Tourism Lifeline” elicited a great many comments from both Goans and visitors to Goa. Below is a selection of some of these comments: 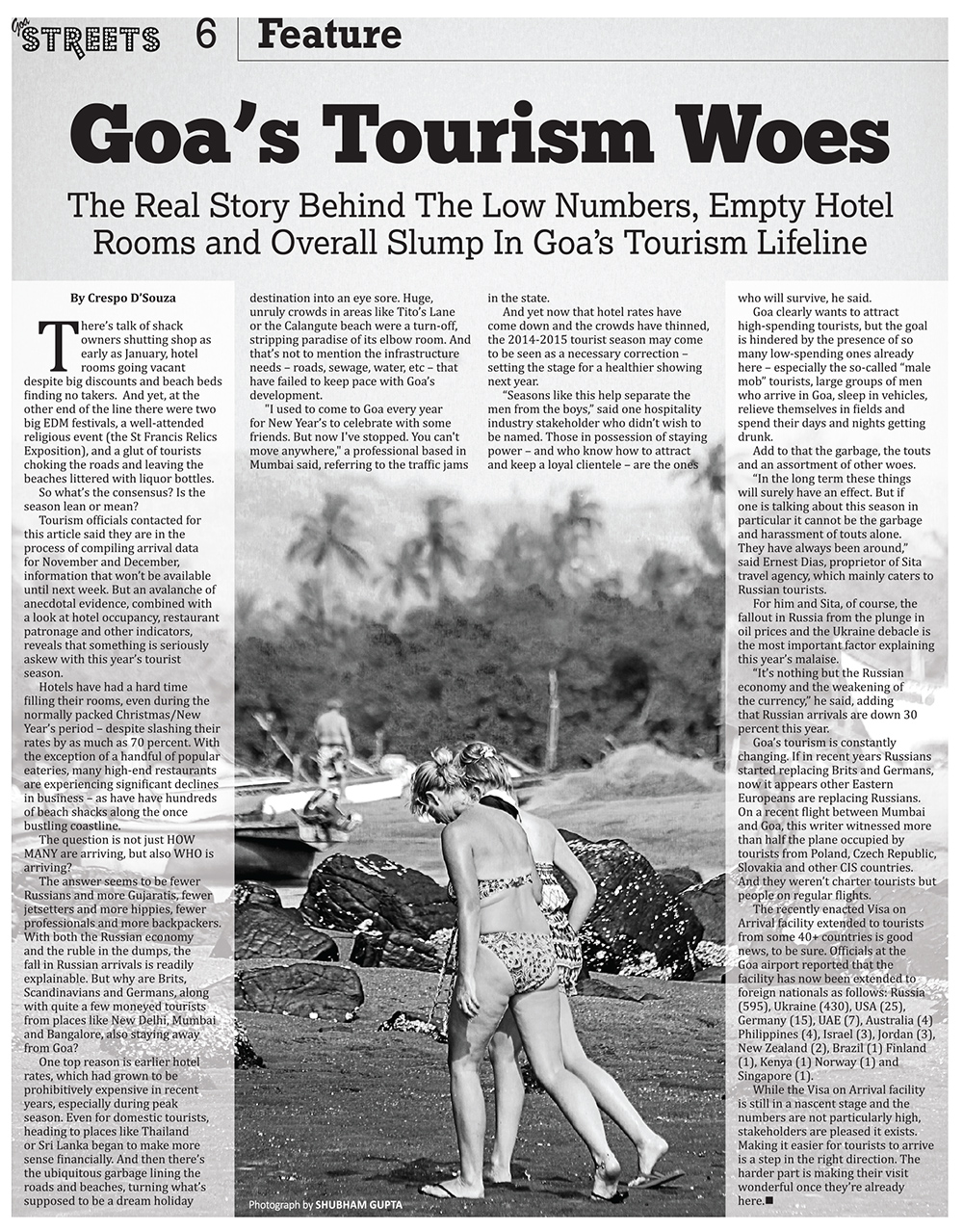 Where will these so called “high end tourists” spend their money? In multinational hotel chains I don’t doubt. We love Goa and its people and I am very disappointed that the officials want to get rid of loyal tourists like ourselves.