Advice for crime victims in Goa: Don’t be foreign Scarlett’s case made headlines when her tearful mother declared in court that the home minister at the time and his son were involved in the drug mafia that raped and murdered her daughter. Had slain British teenager Scarlett Keeling been alive today, she would have been… END_OF_DOCUMENT_TOKEN_TO_BE_REPLACED

Advice for crime victims in Goa: Don’t be foreign

Scarlett’s case made headlines when her tearful mother declared in court that the home minister at the time and his son were involved in the drug mafia that raped and murdered her daughter.

Had slain British teenager Scarlett Keeling been alive today, she would have been 20 years old now. 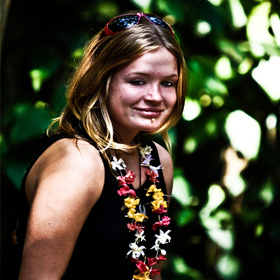 Sexually assaulted and left to die at Anjuna beach at age 15 in 2008, Keeling has received no justice in death. The investigation and trial are now in their fifth year. Two investigating agencies have brought charges of culpable homicide, to no avail. The two men charged in the case are out on bail, roaming free.

Goa’s criminal justice system, as in the rest of India, does not have a great track record. But there is something particularly tragic about the manner in which criminal cases involving foreigners are handled.

Those which create a sensation, like the one involving Keeling, get the spotlight for a spell and are then relegated to dusty, dog-eared files. Other cases die their own unsung deaths for reasons ranging from missing witnesses to lack of interest to the foreign complainants leaving the shores after their holiday.

In the 18 months between January 2011 and June 2012, police data reveal there were 50-odd cases involving foreign nationals. Only one of those cases has run its full course – a rash driving case against a Goan who killed an Italian man – with the case investigated and its perpetrator prosecuted and convicted by a court.

Thirty other cases are still ‘being investigated’ and the balance are ‘closed for investigation’, either for lack of evidence or because complainants have left Goa, or the evidence found cannot be corroborated.

The statistics, according to superintendent of police Bosco George, are misleading. He argues that the numbers unfairly paint the police in bad light. Often, the intention of foreigners who register a complaint is to claim insurance for lost property back home, he argues.

“No one bothers to keep the communication link open and help the prosecution take the case to the courts. They get their ‘property loss’ certificates, which has no sanction of law but helps them claim insurance. That’s all they (victim foreigners) are interested in,” Bosco told Streets, adding that most offences were ‘property offences’ pertaining to either loss or theft of belongings.

These, he said, were pushing up up the number of unsolved cases and at the same time, no one bothered “to see the difficulties we face when handling cases of crime against foreigners.”

After filing the first information report (FIR), a statutory format for registering criminal complaints in India, authorities are required to collect evidence and file a charge sheet in a trial court within 60-90 days. When tourists depart or are unwilling to follow up, police say, cases fall apart and the accused, even if arrested, end up scot-free for lack of evidence.

Take the case of Rohit, son of the then-serving state education minister Atanasio Monserrate. Rohit, 21 at the time, was acquitted by a trial court in 2011 after being accused of having sex with a 14-year-old German girl, by the victim’s mother.

Indian law considers sex between an adult and a minor to be rape, drawing little distinction between rape and statutory rape.

First reported in October 2008, the case was a daily staple in the local news media, before the mother felt obliged to leave the country along with her daughter. At the time, she said that both the police and the state administration were “conspiring” to save the accused.

Then chief justice of the Bombay High Court, Swatanter Kumar, while taking up the case suo moto, said that if “newspaper reports are correct even to some extent, then they demonstrate the apathy of the police machinery towards the rule of law.” 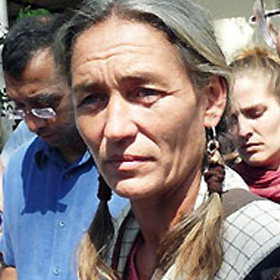 The complainants’ departure weakened the prosecution’s case and Rohit was acquitted of the crime last year. The last nail in the investigation’s coffin was when the victim’s mother communicated through email that her daughter is not interested in verifying her statement in court.

Bosco, as Superintendent of Police for North Goa, himself was the officer supervising the investigation.

Goa Police’s Foreigners Branch is the agency for dealing with registration of foreign nationals. The agency headed by Deputy Superintendent of Police, Rina Torcato, also tabulates data related to foreigners in criminal cases.

She says that her department only acts as an interlocutor among the state police, the home ministry and foreign embassies. Investigation of crimes involving foreigners is solely the jurisdiction of respective police stations where the crimes occur, she explains.

“We only get reports of these cases to forward them to the home ministry and the respective embassies,” Rina says.

There’s nothing untrue about Torcato’s words, but they underscore a key problem: the lack of an overriding authority who will take responsibility for the overall picture, rather than passing the bureaucratic buck.

Most cases reported to the police by foreigners and tourists don’t even reach the courts for adjudication.

Is there no way to prosecute cases even when the foreigner leaves?

Bosco says yes, theoretically, but usually not worth it.

“It involves routing requests for testimonies and statements through Interpol, an option not worth it when offences are minor and the victims themselves aren’t interested in pursuing the cases,” he adds.

This option has been tried in bigger cases, he says, where serious “body offences” (physical harm) are involved.

For example in the Scarlett Keeling trial, in which Samson D’Souza and Placid Fernandes, two middle-aged Goan beach-shack hands, face charges, the court has allowed a key witness to testify from Britain via video-conference. 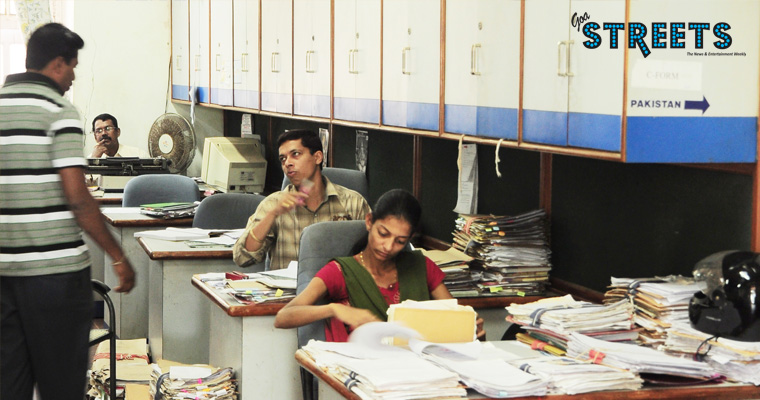 Hands at work in the Foreigner’s registration branch

In a first, Anuja Prabhudesai, the judge who heads the Goa Children’s Court, allowed a federal investigating agency’s request to record the statement of Mike Mannion aka Mike Masala, the Briton who last saw Scarlett alive, by video from the UK.

Still, D’Souza and Fernandes are both free on bail as the case drags on in its fifth year. Scarlett’s case made headlines when her tearful mother declared in court that the home minister at the time and his son were involved in the drug mafia that raped and murdered her daughter.

The Goa Police also tried another innovation in a case where two males, one minor and the other 26, were accused of molesting a nine-year-old Russian girl at Arambol beach on January 26, 2010. After an uproar, the police investigated and charge sheeted what they called at the time a “water-tight” investigation within 15 days.

However, the speed proved to be futile because the fast-track court which tried the case acquitted the duo in November that year, citing “weak investigation” by the police.

It’s notable that in a state which annually attracts half a million foreign tourists, one third of its resident population, there is no tailored mechanism to handle crimes involving them.

Not that the 1.4 million residents of Goa are perfectly policed, but that’s another story.