Fiction A short story from ‘Stray Mango Branches and other stories with Goan sap‘ a collection of short stories by Fatima M Noronha, soon to be released in May 2013. . PRAYER LIGHTS . Twigs from a fallen mango tree crackled and spat out sparks into the dark. A huge, guava-shaped copper vessel, blackened with… END_OF_DOCUMENT_TOKEN_TO_BE_REPLACED

A short story from ‘Stray Mango Branches and other stories with Goan sap‘ a collection of short stories by Fatima M Noronha, soon to be released in May 2013.

Twigs from a fallen mango tree crackled and spat out sparks into the dark. A huge, guava-shaped copper vessel, blackened with use, balanced on three boulders over the fire. Unhusked rice danced in the bubbling broth. Up came pink froth, spilling over the hot cauldron and into the flames with a hiss. In and out went the coconut-shell ladle. Scoops of parboiled rice were flung across the thick mat on the ground.

Lying at the bottom of the slope, Caetan watched the steam float up like an endless muslin sari. He forgot his troubles and became engrossed in the scene before him. Another ladleful of grain flew from the black pot to the mat.

The poor man’s troubles began the day his dog came home with a pigling in its jaws and dropped the dying creature at his feet.

At first there was shock and confusion. Caetan’s daughter wept aloud. Some of the neighbours came round to look. They went off saying “Tst-tst-tst!” Then Caetan’s wife picked up the dead piglet and the family saw it next as pungent vindalu stew for dinner.

Like indigestion, at the meal’s end there came the rumble of many voices and one very angry voice shouting above the rest.

It was Kostu, the tailor, whose tongue was known to be sharper than his scissors. Caetan’s daughter hid behind the open door, while her mother, holding up an oil lamp, stood in the doorway near her husband.

“Where is my fatted porker?” Kostu boomed.

“Liar! All your neighbours know that you robbed my sow and ate her for dinner.”

The flickering light of the kerosene lamp picked out the features of some of the dark faces crowding around the tailor. The toddy tapper knew that some of those he had thought of as friends had tattled.

“Tell him it was a male,” whispered his wife. He was too scared to take the hint.

“Was it a tiny pigling, ga?” Caetan addressed Kostu deferentially even though they were about the same age, somewhere in their late thirties.

“Aha! Now you admit you ate her! Tiny, say you! That sow was my pride and joy!”

“Forgive me, ga. I’ll pay you for your pigling. It is a pity my dog killed it and I could not return it to you. In fact, I didn’t even know it was yours!”

Kostu held up his open hands and lamented at the top of his voice.

“My whole family had pinned their hopes on her. Each one of us sacrificed a share of our own rice and curry to feed the beautiful animal. We patiently watched her grow, waiting for her to come of age and litter. Then we would have lovingly reared each of her nine little ones. There would have been at least six females among them and each would in turn have given us the joy of a new litter. If you calculate my loss at the rate of fifty coconuts per female and thirty coconuts per male, that is what you owe me.”

The night of Kostu’s visit darkened Caetan’s life for many weeks. The first monsoon torrents washed away the summer. It became more dangerous to climb coconut palms every morning and evening to retrieve the gourd of frothing juice. The toddy tapper never did make a profit. How would he ever pay Kostu?

One evening it occurred to Caetan that he should try praying. The distraught man stopped by Mari Pompil’s all-purpose store. He bartered a pot of toddy vinegar for a pack of yellow candles. It was years since he had actually entered the village church. Sunday mornings he always stood outside, smoking his leaf beedi during the sermon. But he had, as a boy, watched his grandmother pray and he knew what to do.

He reached the hilltop just as Jaki Pai the sacristan began tugging on the bell rope for the Angelus. The long, calm notes floated out over the valley, reminding the villagers to lay down their implements and to pray before going home to rest. But to Caetan it seemed the bell tolled in anticipation of his death. The heavy panelled doors of the church were already locked for the night, but he slipped in by the small side entrance which Jaki Pai used. Pulling out a couple of candles from the pack in his hand, he stood still until his eyes grew accustomed to the dimness within the church. Only an oil lamp burned in the sanctuary, casting a weak, unsteady glow. Hoping no one could see him – although he felt he was not alone – he held the long wick of the first candle to the flame of the oil lamp.

There was a small, sudden brightness. He held up the candle and walked swiftly along the walls, stopping a moment at each statue, painting or wood carving, and lighting a fresh candle beneath it. As the stern faces of clay saints and the elaborate wings of wooden angels became visible, so did their multiple shadows and his own. He broke into a sweat. He did not look twice at the painted faces. He drew no inspiration from the biblical scenes painted on the walls – John baptising Jesus, Jesus resisting temptation in the desert, Jesus preaching to the multitudes. As fast as his shaky fingers would let him, Caetan lit candle after candle, fixing each one with a drop of molten wax. He recited no prayers: the candles would do the praying on his behalf.

Now, a few evenings later, Caetan rested on his elbow among the black rocks where he had fallen. He began to wonder how the rain still dripped over him and yet, a stone’s throw away, the trees were dry, while the fire in their midst burned vigorously. Strange, too, that the dry twigs did not catch fire. His attention turned to the sinewy arms which wielded the ladle with relentless energy, scooping measures of rice out of the bubbling cauldron and flinging them across the enormous mat. Caetan waited for the black face to turn again towards the fire. Sure, he had seen that face before, probably some Sunday morning or somewhere in the crowd at vespers on the eve of the church feast.

“Can’t you see, man? I’m draining out the parboiled rice in order to sow it in my field.”

“Arrey bozo, you gram flour dumpling! How will your paddy sprout after you’ve boiled it?”

“Bozo yourself!” replied the busy worker, “how will a sow give birth after she has been cooked for your dinner?”

Caetan blinked. A moment later, he jumped up, threw his shoulder towel into the air and clapped his hands. “God, you provide! I’m saved! I’m free!” The value of the sow did not lie in what it might or might not have produced in an uncertain future. Its value was as a dying pigling in a dog’s jaw. He owed Kostu nothing more.

Then Caetan remembered the stranger. “Arrey! But how did you know my problem? Who are you, sir?”

“Haven’t you seen me before?”

“Yes, sir. I have seen you somewhere but I just can’t place you.”

A peal of laughter followed the steam up through the palm leaves into the night sky.

“Look at my face!” The stranger bent towards the fire.

“Then why have you done me a good turn?”

“Oh yes, you did! You came into the church and lit a candle to every figure in sight. You came to the painting of the temptation of Jesus in the desert. You lit one candle to Jesus, another to the angel and a third one to me. You prayed to me and I answered your prayer.” 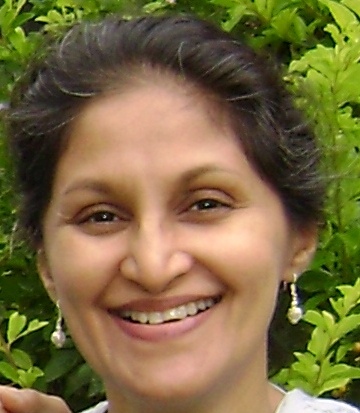 ‘Stray Mango Branches and other stories with Goan Sap’ a collection of short stories by Fatima M Noronha, published by Goa 1556, will be released in May 2013.