Music For The Soul

Music For The Soul

The music gets inspired from all sorts of tribal minority around the world who try to keep their identity as ‘people of the land’ not contributing to global destruction in any way. Somehow the tribes are always in danger, wherever they exist. But they too have all rights like all of us.

The use of music for healing purposes goes way back, pills to the sixties, ask for instance, in a ritual called Tarantism in the southeast Italian region of Salento. It is based on the principle of bio energy, where bodily stress creates a psycho-physical imbalance which is then harmonized by a specific type of music with a consistent frenzied rhythm.

“The rhythm of Salento is also called Pizzica, which was this rhythmic music played by live musicians and the dance that follows these rhythms, thus allowing a natural healing to take place,” explains Salento-born Andrea Presa from the tribal psychedelic world fusion live band called Transalento. Salento, a big area in the Puglia region of Italy, is the origin of Transalento.

“When in London at the age of 20, I fell in love with the dijeridoo,” says Andrea, as his story of passion unfolds, including a journey to Australia in 1998 to learn more about this aboriginal instrument and its allied culture.

Transalento have just released their 5th music album in Goa this March 7th titled, Kali Mirch, as in black chili. A new-age styled band, Tranalento has Andrea as it founder and leader and often takes on different musicians at various times. Right now they are a trio. Kavita Soni from Mumbai is on vocals and also dances Hindustani classical moves to Transalento grooves. And then there’s fusion guitar magic by our very own Elvis Lobo. While the first album Bunda in 2005 and the next called Natural Trance in 2007 were predominantly acoustic sounds, later albums had effects processors and electronic gadgets on board. Andreas plays the dij (short form for dijeridoo) and the facebase, which is the electronic version of this very aboriginal instrument.

“While in Salento, I played traditional music for many years, with Transalento. Then I had many musicians of different styles performing in big and small festivals around Italy and India. Eventually, I started to get involved in social rights and then began to write lyrics of protest, love, devotion, and to preserve human and land rights. Slowly I also learnt how to create with laptop and fx machines and began to like the mix of real instruments with electronic. The music then started to get different colours.”

After Andrea returned from learning about didjeridoos and aboriginal culture, living with aboriginal communities and tribes, making didjeridoos, listening to the stories of the elders, listening to nature, imitating the sound of animals, learning new chants and other such indulgences, in 2002, Transalento was born.

“Transalento’s specialty is to put together different styles and musical languages, and enhancing the power of groove with ethnic melodies. The music gets inspired from all sorts of tribal minorities around the world who try to keep their identity as ‘people of the land’, not contributing to global destruction in any way. Somehow the tribes are always in danger, wherever they exist. But they too have rights like all of us,” Andrea says.

Andrea first came to India in 2004. His desire to fuse traditional harmonies of India and Salento brought up a collaboration called INDO PIZZICA with Bengali Singer Sonali Chakraborty a few years later.

“I am now looking forward to research musical roots of tribals from Goa, before indulging in a fusion here as well,” he says, as he’s been around in Goa and playing gigs here since 2007.

It’s a privilege and an honour to have Transalento grace these shores. 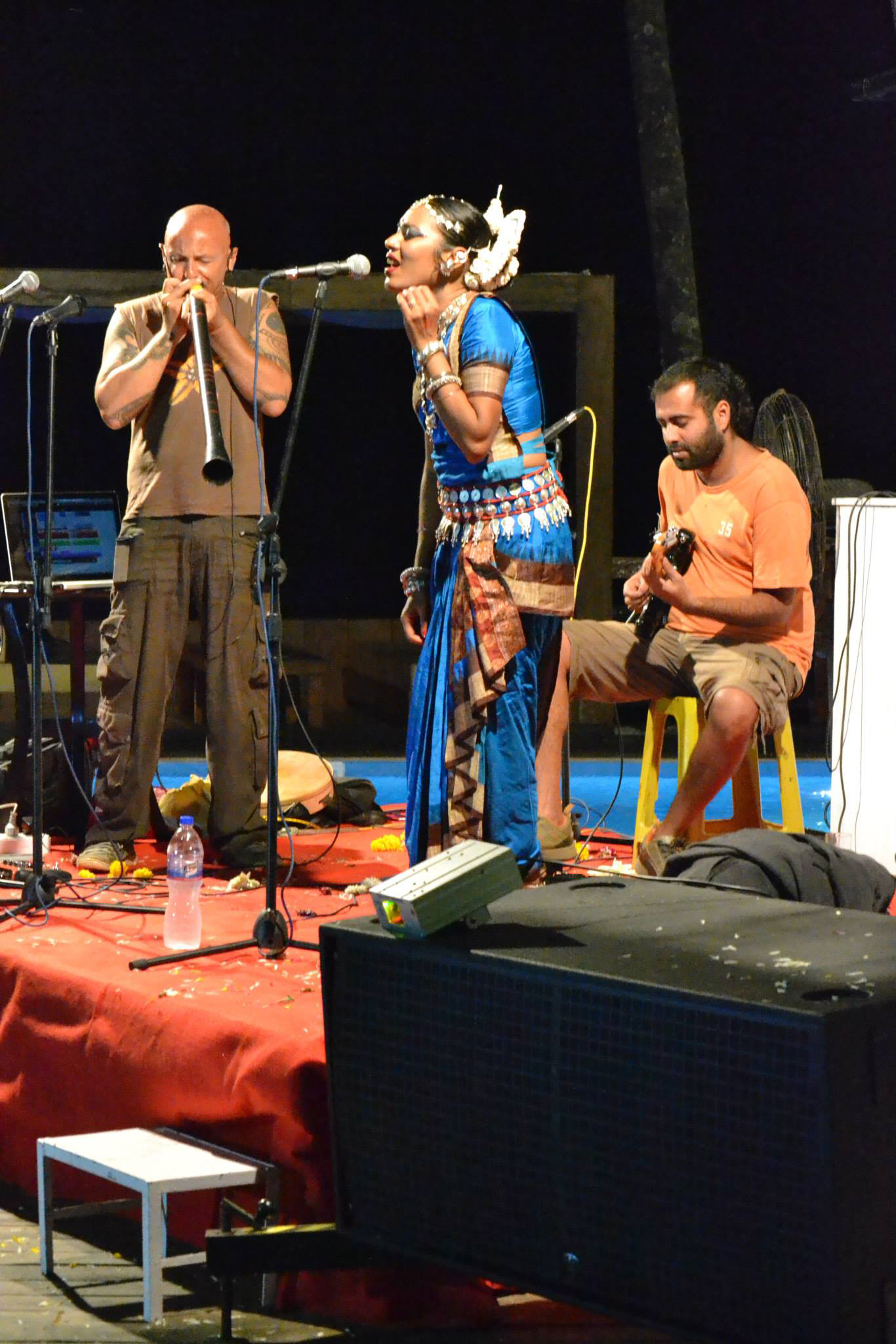 Among great music maestros, Transalento has jammed with world famous contemporary music composer Ludovico Einaudi, the Taranta Orchestra on an Italian and European tour, the Cora african master Ballakè Sissoko, Dulces Pontes, Justin Adams, and Goatika creative lab. Their music is in a 12” vinyl single track production with Gaudi whom Andrea worked with when in London. Apart from these, there were musicians from UK, Russia, Switzerland, Ibiza, Delhi, Mumbai, Australia, Qatar, Portugal, Goa, among others.