The Contributions of Parsis Far Outweigh Their Dwindling Numbers

Think of a Parsi in India, and immediately the image of an affluent, hard working and influential community comes to mind. The Zoroastrians (followers of the 7th century prophet Zarathustra) are divided into two groups, Parsis and Iranis. They migrated from Persia (modern day Iran) to Gujarat and Sindh to avoid persecution by Muslim invaders. India has about 60,000 Zoroastrians, and their numbers are fast dwindling because of an aging population, low rates of birth and high rates of intermarriage.

So when the World Zarathushti Chamber Of Commerce (WZCC) held its Annual General Meeting (AGM) this year at the International Centre Goa, Dona Paula, on 19th December (which also happens to be Goa’s Liberation Day), it served as a reminder of the group’s stunning contributions in a great many fields. Some 150 Zoroastrians, including many prominent business leaders, converged on our state for the meeting, bolstering efforts to promote Zoroastrian cohesiveness.

The first AGM of the WZCC was held in 2000, in Houston, Texas. The Mumbai Chapter started in 2004 at New Delhi, followed by expansion to Pune, Ahmedabad, Hyderabad, Bangalore, Chennai, Iran, Dubai, London, Hong Kong and Canada.

The Zarathushti people are well known for their legendary ethical integrity and business acumen. WZCC has over 1800 members around the world. Among the entrepreneurs that WZCC has helped are 43 year old Karan Bilimoria, CBE, who ‘carried coals to Newcastle’ by establishing a brewery business in London, audaciously branding his products  as ‘Cobra Beer’ and ‘General Bilimoria Wine’.

The eminent economist Mr. Minoo Shroff has been the WZCC Global President for the last six years. He serves as a financial expert on the Board of Directors of several leading business houses. As Chairman of one of the largest public trusts, The Bombay Parsi Panchayat, for 21 years, he was associated with The Indo Japanese Association, and even given a citation by the Japanese Emperor.

“Our trump card is trust,” Minoo Shroff tells me. “We are good Indians, contributing to every imaginable professional field, except for politics – that’s no place for us. The often repeated question is ‘what is in it for me’ in becoming a member of the WZCC? It’s the essence of learning through net-working. Besides, those who have achieved success in life should in turn ask the question ‘what can I do to contribute?’ This can be done only by seniors sharing their invaluable experience and empowering the younger generation to fulfill their aspirations.” 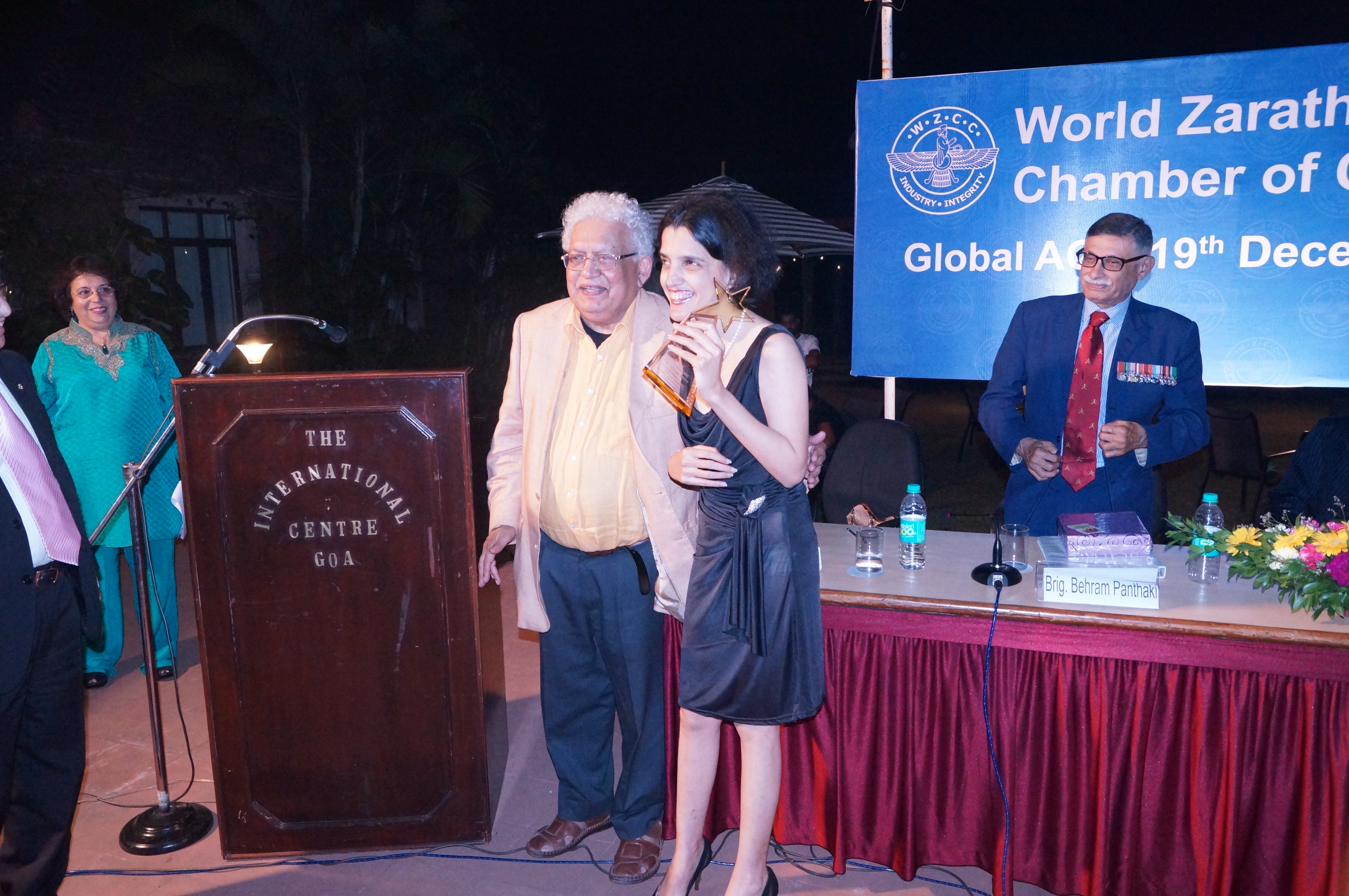 With regard to the Indian economy, Minoo opined, “We are doing rather well. Being part of G20, the world recognizes India, we have a surplus current account, and are poised to takeoff.  It will take time, but it will happen. The centre of gravity of global business is rapidly shifting to the East with China and India.” 86-year-old Minoo retires after his tenure of six years. At this AGM, Edul Daver from New Jersey was elected the new President.

Sandip Bhandare, the Vice-President of the Goa Chamber of Commerce, spoke about this event coinciding with the Liberation Day of Goa, the links Goans and Parsis have had, and the benefits of GCC associating with WZCC. President-elect Edul Daver spoke of his plans to create a master web site, a global trade fair and a joint project for solar energy and clean drinking water in India.

Brigadier Benjamin Panthaki, who served as aide-de camp to Field Marshall Sam Manekshaw, also spoke, referring to his book on that great soldier. Among the memorable quotes by Manekshaw is this one: “The qualities of a good leader are to have moral courage to stand above his superior, distinguish right from wrong irrespective of what your boss might think and what your subordinates want. Be friendly, not familiar.”

Baron Meghnad Desai, a nationalized British economist and Labour politician was invited as the Chief Guest. “India is on the cusp of a major transformation,” he said. “Good political leadership takes responsibility for defeat and shares the victory. India suffers from this crucial problem of low level discipline in the dysfunctional Parliament. There’s no decorum, order or discipline. This never happens in the British Parliament. Why do we have this culture? Because the people in power lack education and refinement. Progress will happen by debate, not by aggression.” 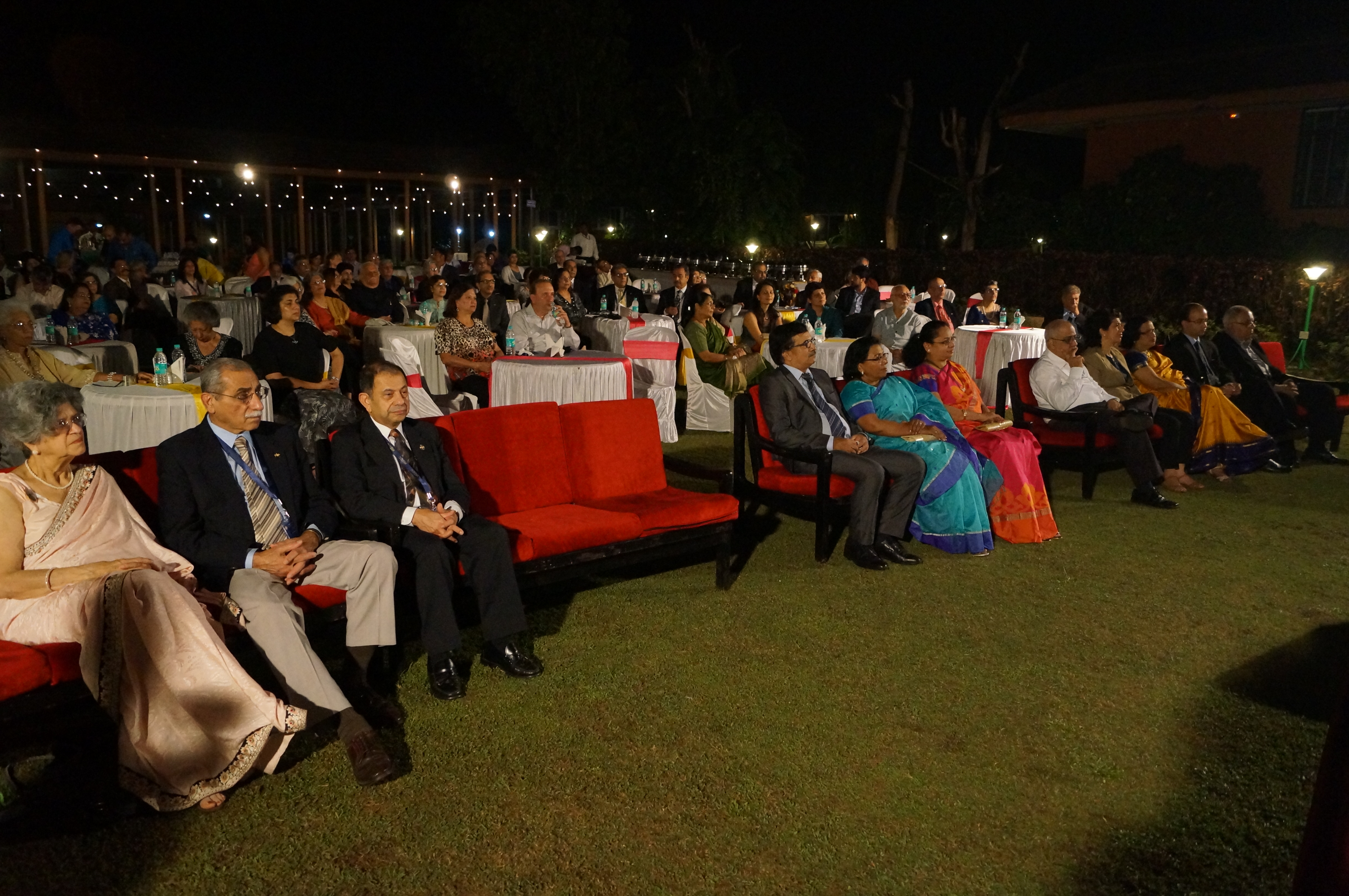 Every year, WZCC presents awards to outstanding  Zarathushti entrepreneurs and professionals. Among this year’s winners was Dr Zarir Sholapurwala, Chairman of Zeonics Systech, Bangalore. He was awarded for his outstanding contribution in supplying state of the art radar technology to the Ministry of Defense. 28-year-old Dr. Urvakhsh Mehta, MD, Assistant Professor at NIMHANS-Bangalore was lauded for his contribution to mental health and neuro-psychiatry. Another awardee, Jasmin Sohrabji, MD of Omnicom Media Group is listed among the top 20 women in media and advertising. Young entrepreneur Tania Bulsara is visually impaired. She studied computer science, started a centre for computer study from her garage in Mumbai, and has given free tuitions to over 200 economically backward blind children.

The evening concluded over cocktails, dancing to live music, and dinner. The number of Parsis around the world is now estimated at around 110,000 people, with an additional 80,000 Zoroastrians identifying as Iranis. The group may be small, but their accomplishments are certainly not.