8 Extremely Dirty Places in Your House And some tips for keeping them clean Kitchen sponges They keep your dishes clean, but sponges themselves are one of the biggest germ magnets in your home. Not exactly self-evident! Be sure to clean them by rinsing them under hot water after every use, washing them thoroughly with… END_OF_DOCUMENT_TOKEN_TO_BE_REPLACED

8 Extremely Dirty Places in Your House

And some tips for keeping them clean

Kitchen sponges
They keep your dishes clean, but sponges themselves are one of the biggest germ magnets in your home. Not exactly self-evident! Be sure to clean them by rinsing them under hot water after every use, washing them thoroughly with soap (or in a dishwasher) and replacing them often.

Remote Controls
The problem with the remotes is that everybody touches them, including people with grimy germ-infested hands. Usually, there’s serious bacteria build-up there. Wipe ‘em down with disinfecting wipes or a soapy damp towel on a daily basis.

Cutting boards
Cutting boards are another notorious magnet for unwanted germs. If you’re preparing a big meal, try to use separate cutting boards for vegetables, meat and poultry, or at the very least wash them thoroughly after each individual job to avoid cross contamination.

Toothbrush Holders
Toothbrushes keep your teeth clean, but they can wreak bacterial havoc wherever they are stored. Clean your container (and toothbrushes) by running them under hot water for a minute, and it’s better if you use a little soap.

Doorknobs
Ironically, sometimes the stuff we use the most are cleaned the least. Doorknobs are breeding grounds for germs, especially during cold and flu season. Disinfect them with a powerful cleaner or, for a quick all-natural solution, spray them with vinegar.

Bath Towels
Bath towels are also well-known germ collectors. Damp towels, especially, collect bacteria that can make you sick. Make sure to put your towels out to dry, in the sun if possible, after every use. And swap them out often. 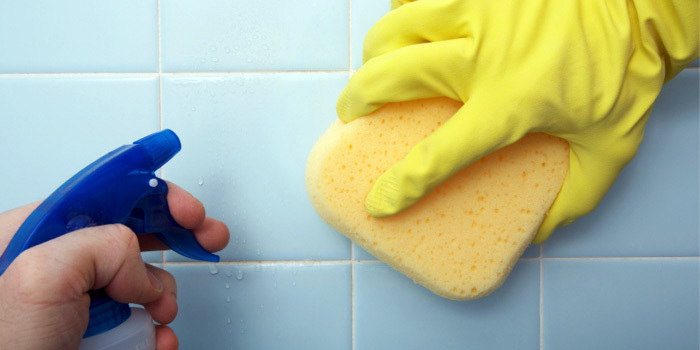 Faucet Handles
We touch these things all the time, often when our hands are at their dirtiest. It’s important to wipe down these faucets, especially the bathroom ones, with a strong multi-use cleaner. If you prefer an all-natural solution, combine a quart of water with several tablespoons of baking soda.

Pet Beds
You don’t have to be a genius to see the amount of germs your cute little puppy exposes himself to. Surprise, surprise! He takes those germs to bed. So when it comes time to do the laundry, it’s a good idea to wash Pooch’s bed cover at least once a week (if you have one that’s washable). If not, vacuum them well and disinfect them with sanitizing, odor-cutting spray.

It’s not unusual for parents to reward their kids by giving them gifts. But new research suggests this practice risks turning them into materialistic grown-ups.

Giving gifts to reward good behaviour apparently teaches kids to define success in terms of material possessions, according to a new study published by the U.S.-based Journal of Consumer Research. The study’s authors say a message is sent that a person’s self-worth is centred around the accumulation of material goods.

For the study, Dr. Lan Chaplin of the University of Illinois at Chicago and her collaborators at the University of Missouri surveyed 700 adults, asking myriad questions about their lives, relationships with parents and the punishments and rewards they received as children.

The researchers found that adults who had been rewarded with toys and other presents as children tended to reward themselves with material items later in life, and also tended to define their self-worth through possessions. Notably, they were also more likely to judge others based on their material possessions.

So now that we know that gifts to reward behaviour are a no-no, what should we doing instead? Chaplin suggests rewarding the young ones with time and attention. So when your son or daughter does something good or helps out around the house, flash a big smile, give a hug and engage is some fun activities or play.

When the kids are rewarded with attention and positive feedback, they also learn that doing nice things makes other people (including their parents!) happy. 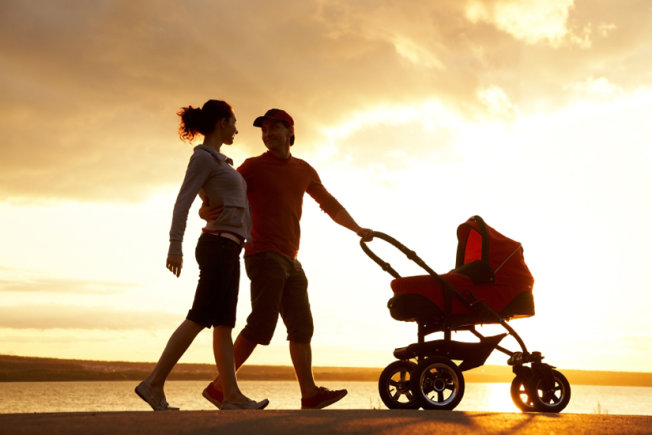 This is not a new debate, of course. Many parents see financial rewards as harmless, and there are many ways to reward good behaviour and punish undesirable behaviour. Psychologists mostly agree, however, that “extrinsic” rewards like gifts or money are less effective and can have negative results. Among the negative consequences found is reduced motivation for performing helpful tasks for their own sake. There’s also a danger that a person will simply return to undesired behaviour when no reward is attached, and that he or she will never learn to understand why being “good” is worthwhile to begin with.

Don’t Have a Visa? Worry Not!

Indians who travel abroad all know the drill. Gear up weeks in advance for the long process of obtaining a visa. But there’s a silver lining in this cloud. The truth is more than four dozen countries around the world offer visa on arrival for Indians. Here’s a list of them, by region: 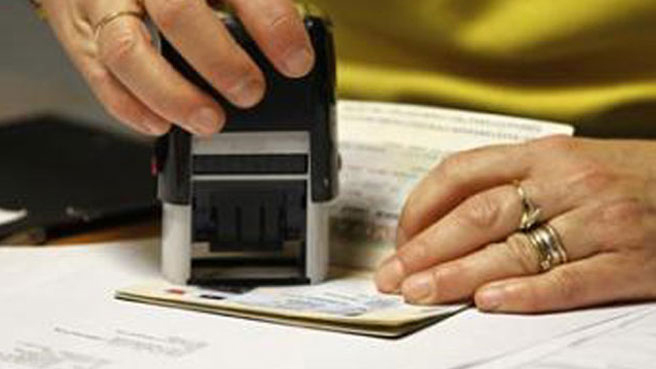 VISA CHECKLIST:
For obtaining a visa on arrival, be prepared to submit proof or return flight and hotel reservations, evidence of sufficient funds to cover your stay, passport sized photographs, a passport with adequate empty pages and the money for fees.

The health minister of France says she supports plans to outlaw the use of advertising with anorexic models in her country.

If the prohibition passes, France, a centre of world fashion, would join countries like Spain and Israel that are putting the kibosh on the glorification of ludicrously thin models.

Socialist lawmaker Olivier Veran, who is also a physician, is seeking to amend an upcoming health bill to outlaw the hiring of models suffering from an eating disorder. Modeling agencies would have to submit a medical report showing that their hires have maintained a healthy mass-to-height ratio.

The legislation would also outlaw the glorification of “excessive thinness,” targeting those who run pro-anorexia websites. Punishments would include a maximum of one year in prison and a 10,000 euro fine (Rs 6.7 lakhs). 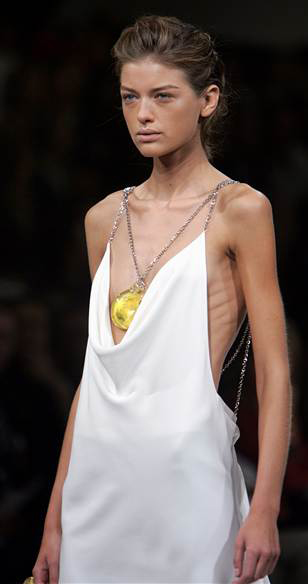 Yes, you read right. She jumped out of a plane at age 100. Now get this. She went sky diving for the first time only eight years ago, when she was 92!

A few days after her 100th birthday jump, Ms. Harwood got into an underwater cage off the coast of South Africa and mingled with sharks.

After her tandem jump, the South African described the experience to the Associated Press as “wonderful” and “exhilarating.” According to media reports, 15 of Harwood’s family members and friends joined her on the jump.

Congratulations, Georgina, for turning 100 and for knowing how to live life! 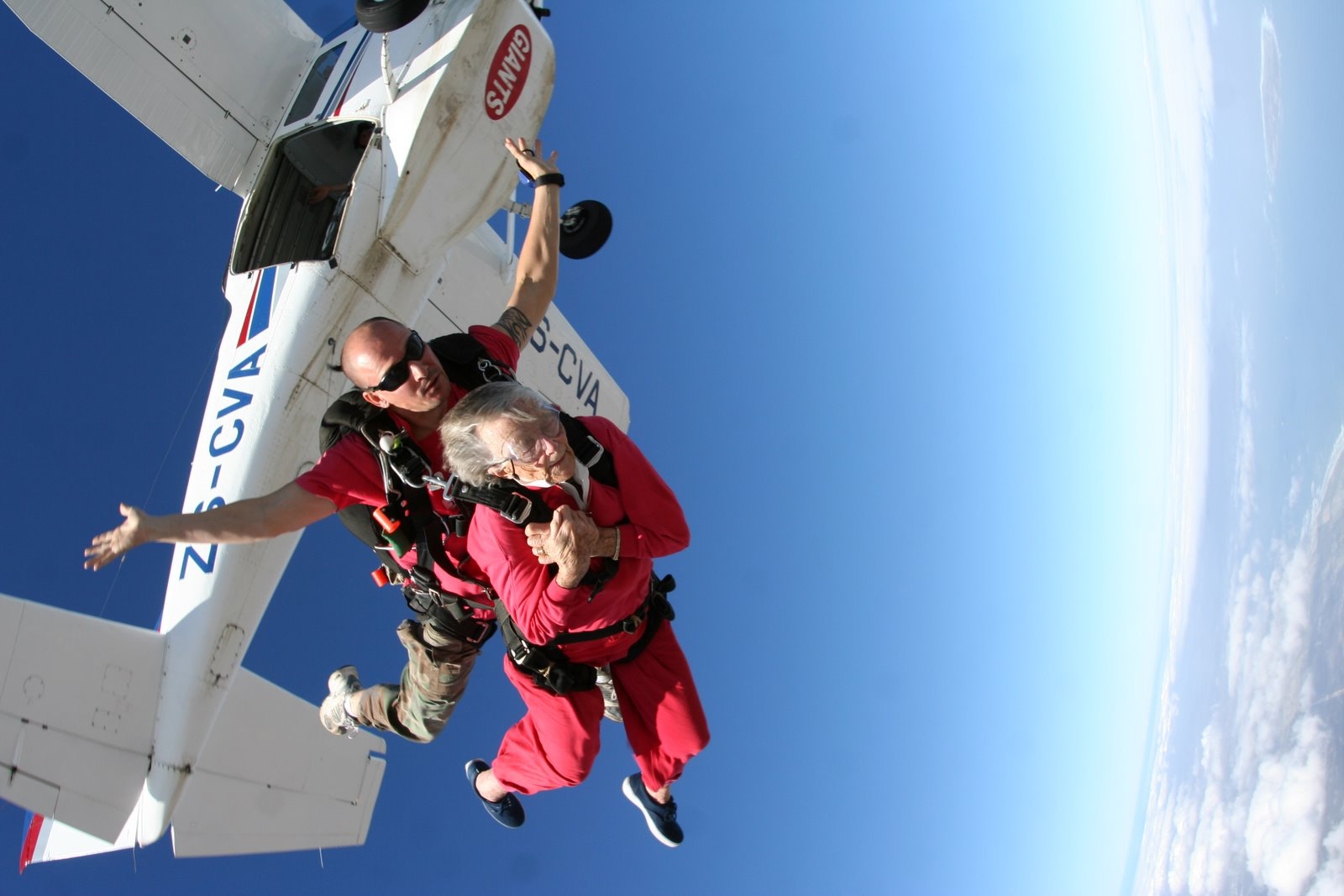