The Monk who loves making movies

The Monk who loves making movies

At first glance, physician Khyentse Norbu, a.k.a His Eminence Dzongsar Jamyang Khyentse Rinpoche, one of the most important incarnate lamas in Tibetan tradition and hailing from one of Bhutan’s noblest families, looks like any other Buddhist practitioner.  Dressed in typical maroon robes, the funky rose tinted glasses provide the only hint of a nonconventional side- his double life as a filmmaker and writer.

I was privileged to interview the good monk at the Panjim Marriott, where he was staying during the recent International Film Festival of India. Straight up, I have to ask – doesn’t Hollywood clash with Buddhism?  “It’s true that members of my religion wouldn’t want to be associated with these elements of drugs, sex and materialism; I felt the same way, until a chance viewing of Bicycle Thieves and the Apu Trilogy made me realize that the impact of moving images and sounds can influence people.   Also, a Buddhist teacher is free to use anything as a medium to share profound messages, be it chopsticks or a pen ”.

Norbu ‘arrived’ in Hollywood in 1999, with his directorial debut, The Cup, which made its world premiere in Cannes and became an international sensation; London’s Evening Standard labelled him  ‘the hottest new talent’.  A semi-autobiographical tale of a group of monks obsessed with the World Cup soccer finals, this movie changed people’s perception of these seemingly saint-like beings and made them appear more human.   It had a cast and crew that consisted mainly of locals and was Bhutan’s first feature film.  “It was essentially made in my backyard so I could practically roll out of bed and go to work”.  Despite being an amateur production, most scenes only required a maximum of 3 takes, a fact the director puts down to the powers of meditation. 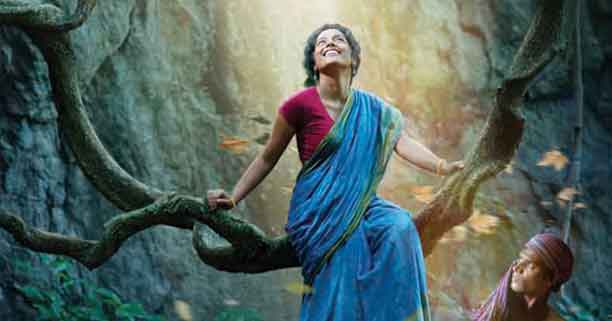 Both his other two films, Travellers and Magicians, and Vara… a Blessing, have a magical mix of mysticism coupled with stunning cinematography.  An interesting fact is that during the making of the former, many production decisions were arrived at using an ancient method of divination called Mo.  Vara’s production was more of a professional affair, starting with a foreign location, Sri Lanka, and craft contributions from across the globe, including from composer Nitin Sawhney -The Namesake, Midnight’s Children- and editor William Chang, who has worked in all of Wong Kar-Wai’s movies.  “I learnt a lot on this set as the crew didn’t have fixed ideas about me because of my other job in the spiritual world as a Rinpoche (teacher)”.

I’m curious; is there a special kind of mediation that helps Norbu juggle his many lives?  For in addition to filmmaking, teaching and contributing time to the NGOs he helped set up (White Lotus and Siddhart’s Intent),  he’s written two books and is currently in the midst of translating the entire Buddhist canon from Sanskrit and Tibetan into other languages like English and Chinese.  This mammoth project involves coordinating with over 50 universities and 200 translators worldwide.   But his ultimate dream is to make a film on the life of Buddha.  “It’s a humungous project and for that, I need to get used to the Indian flavour, mood and colour because this was his birthplace.  I’m a big fan of India and feel an affinity with many of its practices, for example the deity Saraswati, who is shared by Hindus and Buddhists alike; Vara was conceived because of my fascination with Bharatnatyam.

The world of cinema first pierced his consciousness at 19, via a TV playing at an Indian railway station; he was hooked and so filmmaking was a natural choice during his academic pursuit in the US where, landing a bit part in and acting as a consultant on the sets of Bernardo Bertolucci’s Little Buddha, proved to be “an overwhelming experience what with over 700 crew including Italian chefs for the meals”. 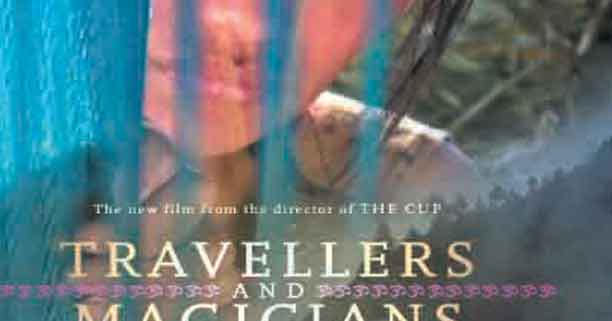 Moving on to the inevitable question re politics, I ask about his reaction to the immolations that have taken place in his home country.  “Any form of violence, whether to oneself or others, is totally discourageable and should be condemned.  But we must also try and understand the cause and conditions behind such acts”.

At this point, Shahana Goswani, Vara’s superb lead actress, joins us for a quick chat.  To my surprise, Norbu nudges my elbow playfully and whispers loudly, “you won’t get the real picture from her whilst I’m around”.  But she convinces him to stay put and proceeds to give me a summary of her working experience with the ‘quirky’ director.  “Just like the captain of a ship determines its course, Rinpoche’s lightness of being affected us all.  It was the only set I’ve worked on with zero politics and where everyone was genuinely fond of each other.  His directing style is backwards in some ways; he would ask me to do something physical without immediately explaining the emotion behind the act but in the end, it always helped in bringing out a special edge in the scene”.

Does Rinpoche have any wise thoughts for our readers?  “Make sure you watch all kinds of movies, not just Bollywood, because for the independent struggling filmmakers, it’s the audience that makes all the difference”.  His own movie collection has Dirty Dancing sitting right next to Kurosawa’s Dodeskaden.  Err, not quite the response one expected so I follow up with, any spiritual guidance?  “In Buddhism, mindfulness is a big word.  No matter how deluded you are, enlightenment is possible but the path will not always end in ‘happily ever after’”.  Hmm… I’m not sure whether to feel happy or sad.  Never mind, my favourite holiday is round the corner with its promise of carol singing and fairy lights.  MERRY CHRISTMAS!!