These are the youngsters who sit at the back of the classroom scribbling on their desks while their peers regurgitate canned notes and anxiously await a report card. Perhaps they are lost in another world, designing cities or building automobiles. What most excites these rare folks is the thought of creating something new. They don’t… END_OF_DOCUMENT_TOKEN_TO_BE_REPLACED

These are the youngsters who sit at the back of the classroom scribbling on their desks while their peers regurgitate canned notes and anxiously await a report card. Perhaps they are lost in another world, designing cities or building automobiles. What most excites these rare folks is the thought of creating something new. They don’t follow the clock. They sleep at sunrise and wake up at sunset. They forget to brush their hair and sometimes even to eat. Their nourishment is the thrill of innovation. Streets decided to hook up with some of these hot campus freaks who think outside the box and, in the end, do Goa proud with their delightful creations.

Here’s a little factoid you may not know. A young Goan woman recently won one of the most prestigious innovation awards in the world. Andrea Colaco, a native of South Goa’s Velim, is a leading member of a team that won the MIT $100K entrepreneurship competition for their innovation providing real-­time, millimetre accurate 3D gesture sensing on mobile phones. “Gesture recognition is the next interface for cell phone devices. Every cellphone­ device manufacturer is scrambling to bring gesture­-recognition into their devices. This is an immediate and unaddressed market,” Andrea said. The innovation was presented at the competition as ‘3dim’ solution, set up by Andrea with co­-founder Ahmed Kirmani. Their innovation changes how one interacts with smart devices, providing the first accurate 3D gesture censor, radically reducing power requirements, eliminating sensitivity to lighting conditions and making reliable gesture control on the go possible for the first time. As the competition website explains, “gesture is the new touch.” And Goa’s very own Andrea Colaco was instrumental in making it happen! 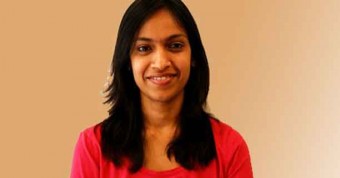 Shefali decided not to waste time lamenting the chaotic state of affairs in Mapusa. Instead, she took it upon herself to redesign the entire city, replete with new traffic routes, an alternative bus station and a shining new cultural centre. The new Mapusa designed by Shefali would be a very different place indeed: a smoother traffic flow, cleaner roads and waterways, a new focus not just on the city’s exterior but on its very spirit. Above all, her vision would transform Mapusa from something of an eye sore to a true place of beauty. “The whole aim of the exercise was initially to design a master plan for Mapusa,” Shefali explains. “In the process of doing this, we tried to solve the existing traffic issues by relocating the bus stand and providing alternate traffic routes, which would greatly help in improving the existing chaos.” Shefali designed a plan to reclaim the Mapusa river and clean out the nallahs (drains), which she hopes would “greatly help in improving the hygiene and overall image of Mapusa.” She goes on. “We designed a cultural centre for the city. The city needs a venue for dance and music classes, cultural events.” This, she said, could be the centre of heritage for the entire taluka of Bardez. Could her vision be a tad bit ambitious for the humble people of Mapusa? Perhaps, she concedes.“I personally feel that this model is a bit sophisticated for the demography of Mapusa .. but with slight modifications, it is workable.” 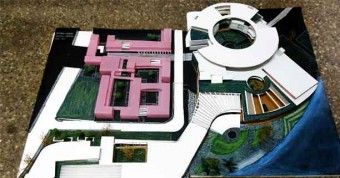 Soumit Sawant and friends: A sporty solution for agriculturists

Jai Texiera, Shamsuddin Shaikh and Soumit Sawant, three students at Fr. Agnel Ashram, decided to go on a rather unusual shopping spree… at the scrapyards. They picked up an old 2­-stroke rickshaw and parts of other cars, including a Maruti 800. And they built a funky new buggy – a kind of all-­terrain vehicle – with practical applications in the field of agriculture and sport. “The chassis is a robust space frame design and the suspension used for all the tires are individual, permitting every arm to move freely, which enables the buggy to tread in different terrains.” The 2­stroke petrol engine buggy runs at about 65-­70 kmph, performing at an average mileage of about 35-­40 kmpl. The brains behind the invention are still contemplating their next steps. They are open to marketing it, both as a sports buggy and as a rural vehicle that could be used on vast holiday farmlands as well as cross country driving.

The buggy was originally conceptualised as a recreational sports vehicle. This changed when they realized it could be valuable for Goan agriculture. “We studied the farming methods in various other countries. All terrain vehicles are used in the lumber industry, so we thought maybe we would work in that field. Provide an attachment to the buggy which would serve as an extra carriage and the buggy already has the required power to carry that amount of load,” Soumit explains.

Among the many elements that make this project extraordinary is the fact that it was completed without any support or financial aid from companies or government authorities. Before they can apply for a legal license to commute on roads, they’ll have to go through some rigorous crash testing. “Patency is on our mind but only after developing it further. Right now it is still in its nurturing phase,” says Soumit, who is currently doing Industrial Design and specialising in Digital Design at DSK ISD International School of Design. “If it does go commercial then I would like to place it in the farming and agriculture family and not suggest it as a solution to traffic problems. However, the construction can very well be used as a concept to develop and grow towards urban mobility,” he said. 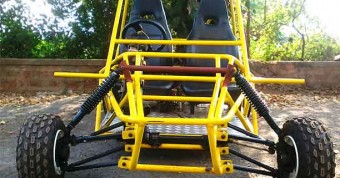 Doyle Dias and his companions from Goa Engineering College worked on a similar project by making the garage their workshop. They would labour late into the night, making sure they did not compromise on their classes. Working on an engine from a Maruti 800, this group, too, shopped at scrapyards in search of anything that would help them assemble the buggy ­ except for the main body, for which they purchased new metal sections and pipes to make the invention strong and safe. This vehicle, they believe, can be a game changer for lifeguards at the beach – and, by extension, for all those in peril in the water (not a small matter in Goa, where dozens of people die every year in the sea). Doyle, who is also a passionate photographer and an enthusiastic biker, admitted that the initial days were cumbersome. “Right from wheel alignment, to getting the dimensions right, to building the chassis, everything was a challenge,” says Doyle. Other major challenges, he said, included mounting the engine at the rear (similar to the Ferrari) and modifying the gear shifting mechanism. Hard work and determination is all that these lads breathed as they built the buggy on a Rs 40,000 budget in an astonishing 40 days, working only on weekends. Doyle believes that the buggy could be the perfect vehicle for lifeguards on the beach, since it is light and flexible _ an ideal replacement for the heavy Gypsies used today. If only the Goa government would look up to these young lads as much as the lads look up to the gods of innovation. Maybe we would see lifeguards on buggies, just like Baywatch.

Goa’s hot young innovators are an unusual and varied bunch. What they all have in common, however, is the simple belief that there’s always a way to do it better. 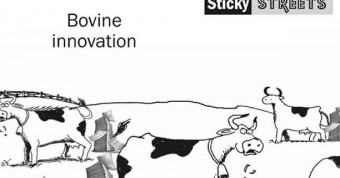