“Yes, very much. One has to be very careful in today’s India. If they can’t book you for something obvious, chances always exist that they will rig up something else. Teesta Setalvad’s case is a good point. The judge has gone on to say that the government has to allow dissent. Today’s times are difficult for freedom loving people in India.” 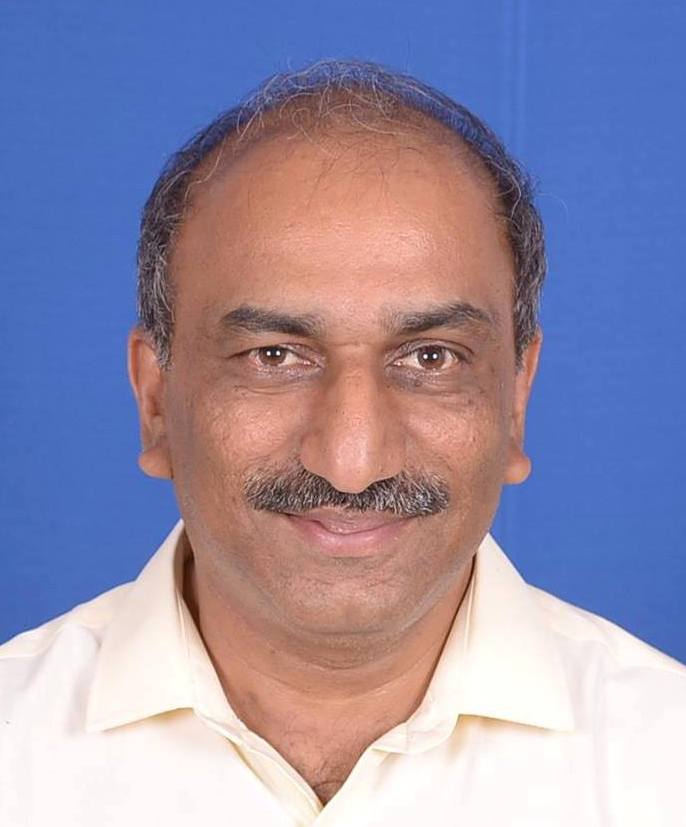 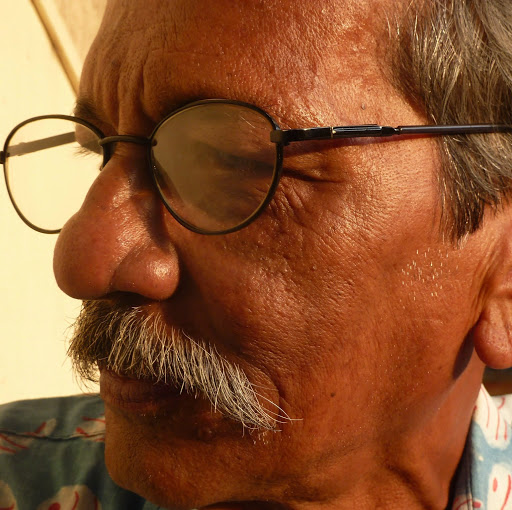 “Independence Day should be a day of renewal – a day to resolve to drive away national ills of corruption, poor sanitation, uncontrolled garbage accumulation, black money and environmental destruction and degradation. It should also be a day when we determine to rise up as citizens and speak out against bigotry and hypocrisy and pray for our leaders to lead our nation to a better tomorrow.” 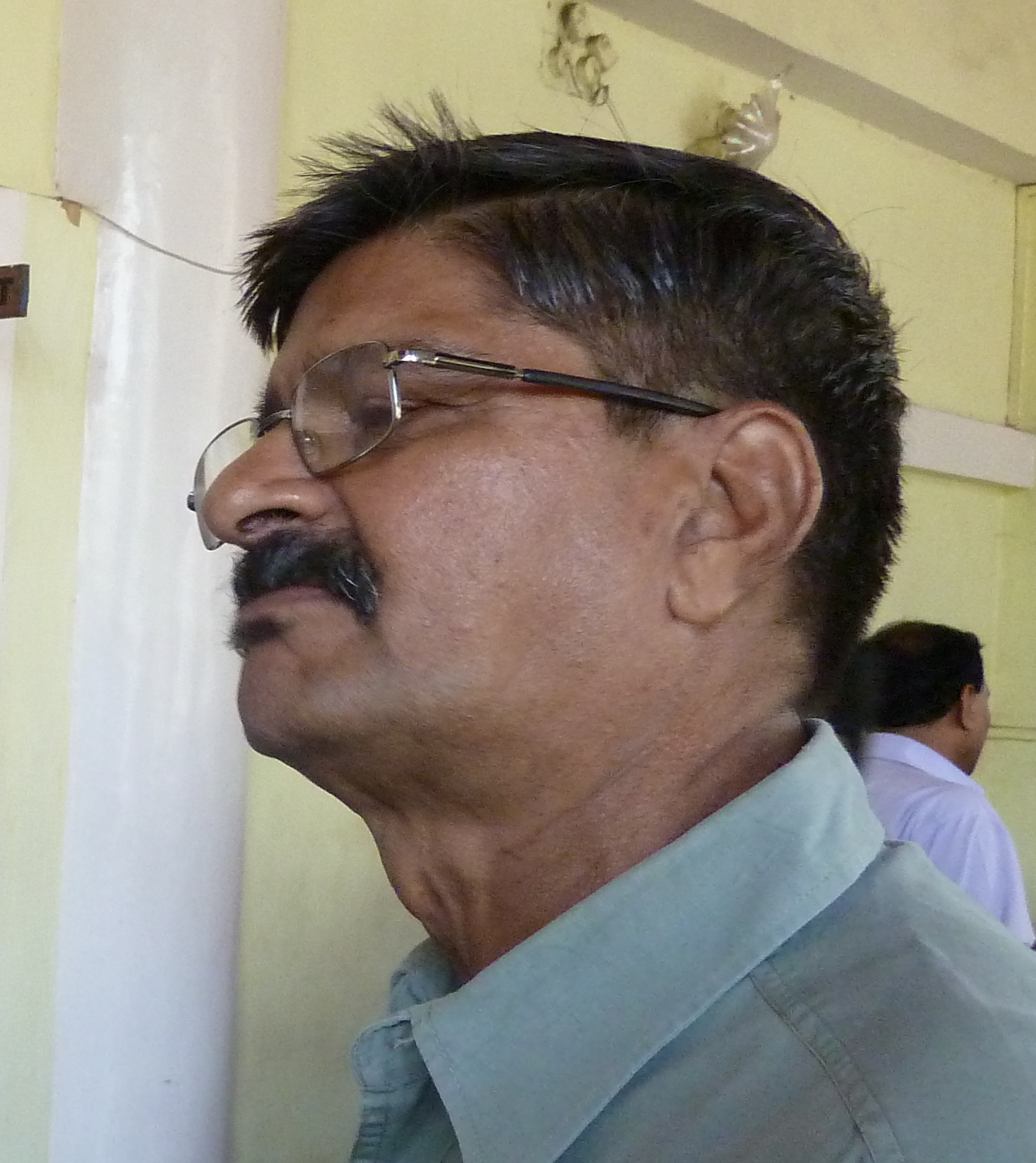 “I would like to put my thoughts in these slogans :

Democracy or dyed in the wool Depravity?

Beware the cloaked Fascism in our Democracy!

Politics cannot be allowed to CANNIBALISE all of LIFE, all of Existence!

“Yes, it has. In fact, it seems to be that the state and some sections of society seem to be closing in on freedoms that were taken for granted till now. Of course, this narrowing of freedom has been going on for a while. What is more worrying is how many educated and comfortably off people are actually supportive of this narrowing in different ways.” 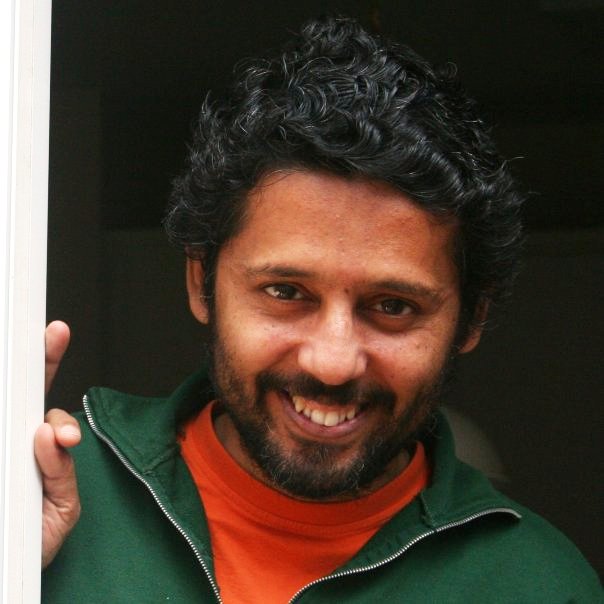 “Yes, I feel suffocated with the unnecessary bans imposed by the government. These are not justified and are simply based on the government’s choice and opinion which cannot be applied to all citizens of the country equally. I feel less than free in this so called secular and independent nation.” 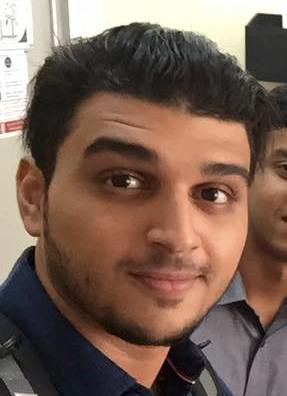 “What is Independence? I remember an anecdote:

Independence for us has a double meaning of this kind. We have full freedom to fly within the given cage. What I am really scared of is the shameless prejudices of the people in power, the mindless priorities of common men and above all the silent fears that grip the whistleblowers. In the words of Bakibab, ‘Ailam Tem Swatantrya Nhoi, Swatantrya Nhoi.’ (What we have gained is not truly freedom.)” 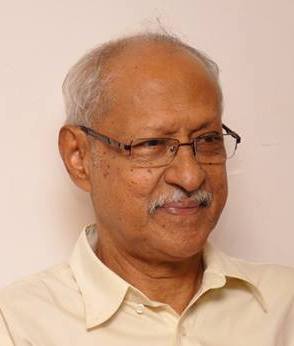 “I am of the opinion that any ban formulated to address a particular issue, but violates the general privacy of citizens actually invades the freedom of an individual. According to me general Bans must be Banned!” 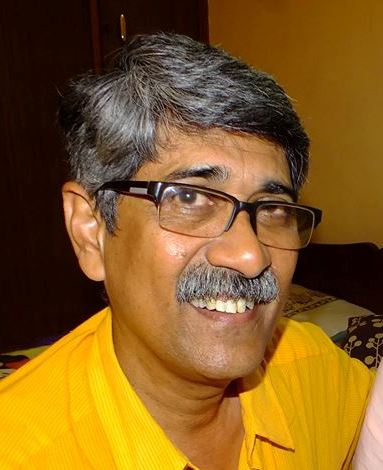 “Does it make a difference in a country where corruption, food adulteration, etc. are also supposedly banned!”

“We as a society anyway don’t think out of the box – and making that box smaller via bans is counterproductive to our growth.” 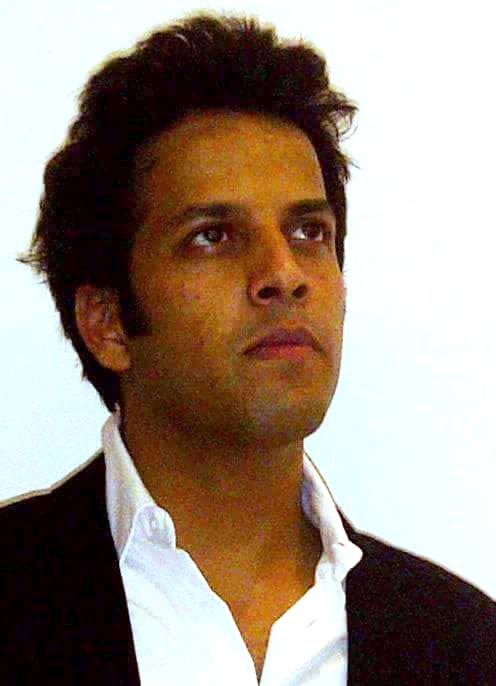 “This question reminded me of the poem by Martin Niemöller, a critic of the Nazi regime:

First they came for the Socialists, and I did not speak out—

Because I was not a Socialist.

Then they came for the Trade Unionists, and I did not speak out—

Because I was not a Trade Unionist.

Then they came for the Jews, and I did not speak out—

Because I was not a Jew.

Then they came for me—and there was no one left to speak for me.

I think we are comfortable with what is happening around us – the moral policing, the land grabbing, the stifling of activism, the encroachment on rights – so long as it doesn’t affect us. And even then, too often, we are ready to redefine what hurts us and what doesn’t.” 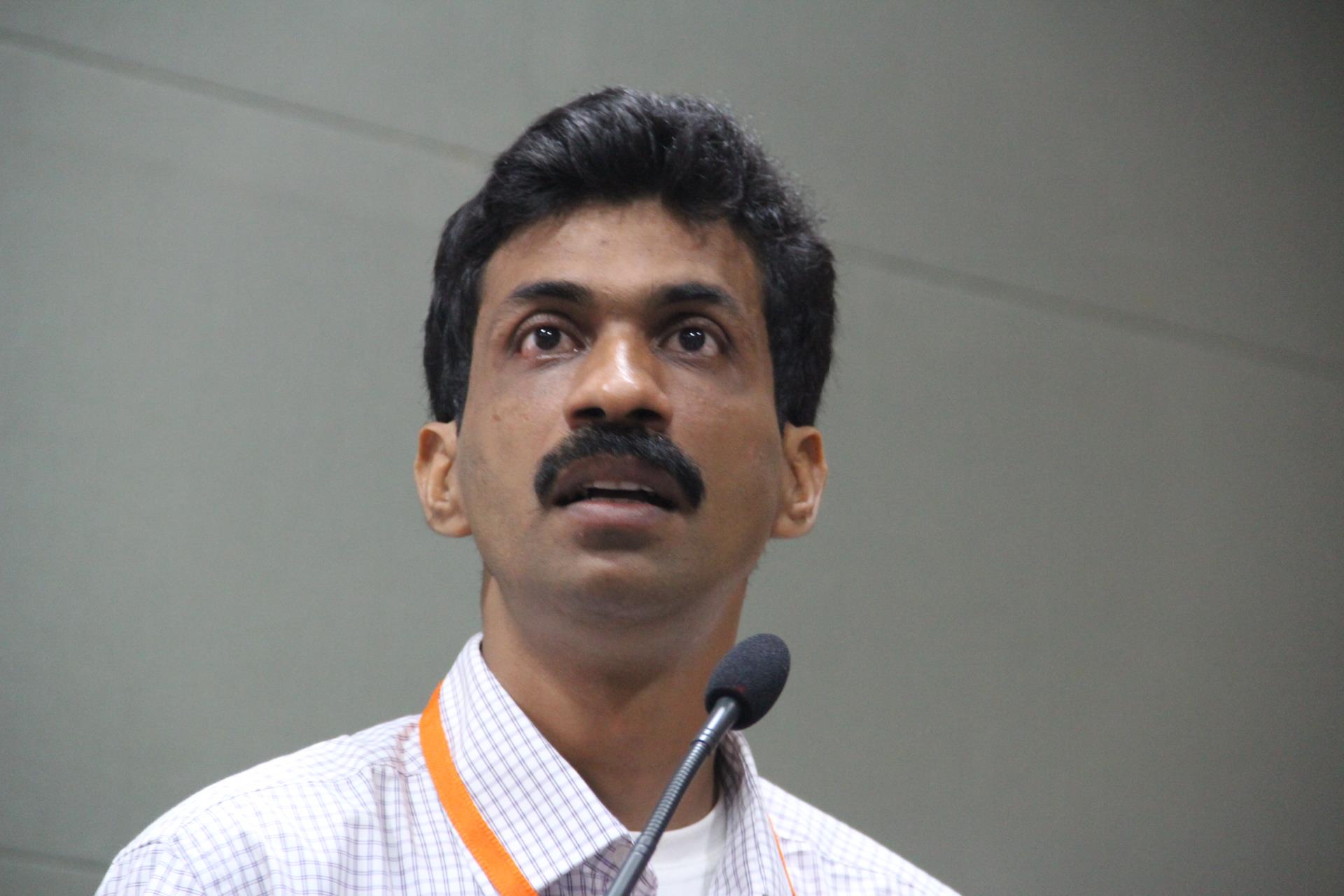 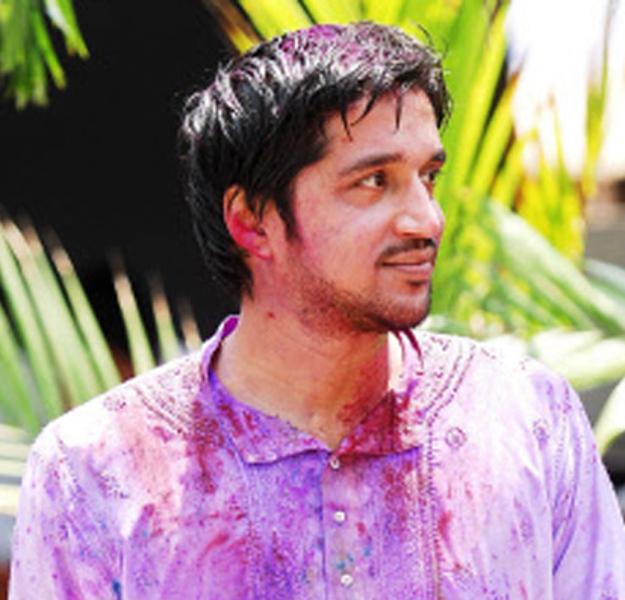 “With all these bans we are heading towards a barbaric society where we are not considered sound enough to make our own life decisions and apparently need a big brother to make them for us. It will only lead to people getting either more frustrated of the situation or even more rigid and scared than they already are. Both of which are quite counterproductive to the idea of freedom.” 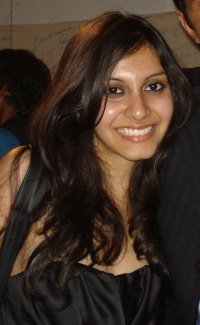 “From the time I have become truly politically aware – the last 15 years, I would say – it’s seemed to me that as a society India has been moving in the opposite direction from which I have been. The right has risen like a tsunami, with a messianic Narendra Modi riding the wave. The centre has been sliding to the right, and the left has become irrelevant even though it has often espoused the causes that feel worthwhile. Where there always seemed to be tolerance around, there is now only increasing polarisation. Mindless and crass sloganeering drowns out wiser counsel and reasoned debate.

When the current BJP government came to power at the Centre last year, I felt – and many others like me did too, I know – that a time of great darkness lay ahead. The first year of their rule has shown that deepening gloom creeping over the land. Business, religion, media and politics ride untrammelled – the four horsemen of a modern apocalypse. The very roots of the country are being hacked at – histories being rewritten, ways of life being de-legitimised, education becoming bare-faced and ill-informed propaganda. Dissent is being ruthlessly dealt with, the environment being laid open to plunder, opponents of the regime hounded viciously by the state and by its supporters. I fear that very soon, this will be no country for the liberal and the progressive. ‘Freedom’ is a meaningless word in the face of this scourge.” 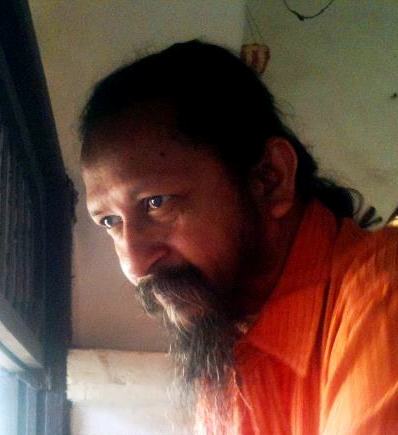 “I feel these bans and impositions are finally letting us realise that we are living the mere illusion of independence. We have always been a hypocritical society and this is only empowering that image. As an individual, we need to have rights we can exercise, decisions we can make, but this sorry state is very deluding.”

“I love my country but the bans by those sitting in the Parliament at Delhi are irritating. If I can’t have sex with my loved one behind closed doors then where do I have it? In a police station?  Sadly the moral rights of us citizens are getting disturbed with these idiotic decisions of the current government.” 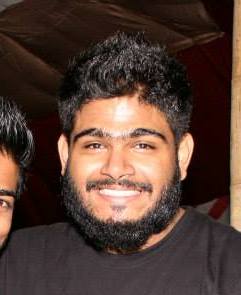 “What is freedom? We stepped from under one yoke only to be harnessed by another.

Our constitution talks about freedom of speech, freedom to practise one’s religion, freedom of thought and expression yet we have consistently seen artists, writers, activists being silenced or imprisoned or even self-exiled because they dare to live as free citizens. They dared to question social and political mores that stifled freedom.

It is even more disturbing that now our freedoms are been curtailed at a microcosmic level. The freedom to choose what you eat, what you watch and who you consent to have sex with is no longer our decision but our government’s. We are being robbed of our identities as human beings.

Apart from a few voices of dissent, the majority of Indians pride themselves on their patriotism, not fully understanding that a true human being and a true citizen should stand up for their rights.

We chose our government. It is our basic right to tell our government what we as citizens need for our welfare – schools, medical care, good roads, clean water – and not have them impose their morality on our individuality.” 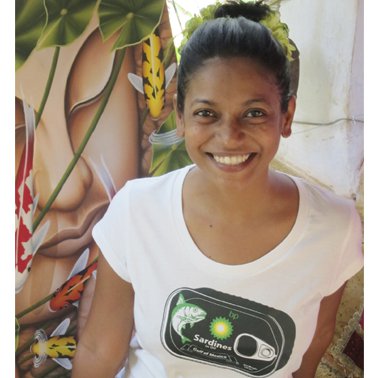 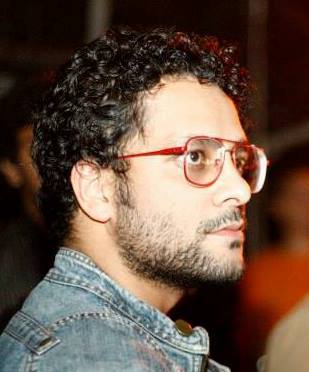