A Theatre of the Absurd

A Theatre of the Absurd

Why is the Goa government’s renewal of iron-ore leases, following the lifting of a two-year ban, utterly absurd?

Yes, this time around the government assures us that a) the total amount of iron ore extracted from Goa’s mines will be capped at 20 million metric tonnes annually and b) state and local taxes of as much as 45 percent, plus an additional 10 percent for a permanent welfare fund, will be levied. While welcome, these measures are irrelevant if there’s no iron-ore mining at all, which appears likely in light of the government failure to heed the public’s call for an auction.

Before it was banned by the Supreme Court 28 months ago, mining was Goa’s biggest industry, employing some 150,000 people both directly and indirectly. It was also responsible for some of the worst corruption and environmental degradation Goa has ever witnessed.

The granting in January of more than 80 mining leases paves the way for stakeholders to approach the Ministry of Environment and Forests for environmental clearances to restart operations.  The long process will include public hearings and also require a green light from the Indian Bureau of Mines, charged with ensuring terms, conditions and safeguards are honoured.

Even if all those hurdles are cleared, legal challenges to the government’s lease renewals will almost certainly cause indefinite delays.

Activist Claude Alvares of the NGO Goa Foundation is likely to be among those leading the charge against the renewals. He believes relief for the mining-dependent public can happen immediately, with no resumption of mining.

“The government can start selling already mined ore that is mined and dumped in several locations across the state,” he said, referring to the 750 million tonnes of mining rejects which are today government property.

“If one assumes that 20% of these dumps have saleable value, this makes 150 million tonnes, enough to keep the mining going on for three years,” Alvares said, adding that this would be good news for truckers and barge owners. 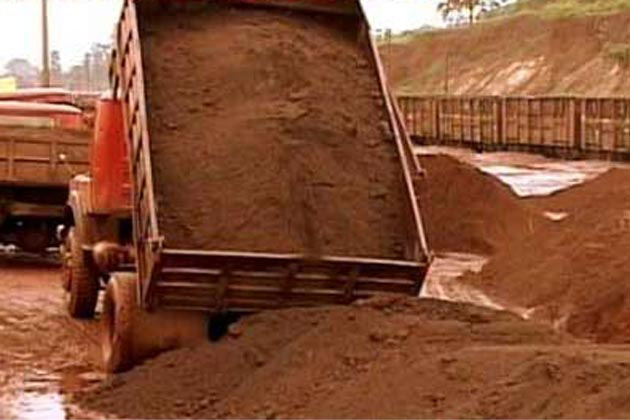 It’s not clear if Alvares’ ‘sell-the-rejects’ plan would actually be workable in practice. And a valid argument can be made that a fair, sustainable, capped and publicly responsible resumption of mining would be good for the people of Goa.

The Goa government argued that the state’s High Court effectively banned it from staging an open auction by ordering the resumption of 29 leases held by previous stakeholders. But even if that order were heeded, an auction for dozens of other leases could have been held.

Most surprising of all the government’s assertions was its statement in a policy document that an auction “would have involved inviting unknown business interests, who are often referred to as mining mafia.” Unlike the angelic, law-abiding old players, one presumes! The original stakeholders who were thus re-granted their leases to avoid bringing in a “mafia” are said to owe the government Rs 1.19 lakh crore, or Rs 1,190 billion, for the value of the iron ore they exported between November 2007 and September 2012, all of which has been deemed illegal by India’s Supreme Court.

One thing these players were able to do with the vast riches they obtained by pocketing illegal profits from this public resource is contribute handsomely to the election campaigns of public officials. Is it any wonder their leases were renewed?

It seems the theatre of the absurd knows no end.

With hundreds of crores owed to banks in unpaid loans and the squelched livelihoods of tens of thousands of people who depended on mining, the pressure to resume mining is indeed formidable.

“I am being inundated with requests from various categories of persons saying that they too need to be bailed out of the mining mess,” Chief Minister Laxmikant Parsekar said recently. “I have done whatever is in my hands for the quickest restart of mining.”

Perhaps, but doing so with no reckoning for past outrages is certainly a recipe for further delay.