Give It To Them! Dii Tekha!

Times like these don’t come around often, when an entire state – men, women and children alike – swell up with shared pride at the same moment for the same thrilling event. Since FC Goa triumphed over the Delhi Dynamos on Dec. 15 in the second leg of the semi-finals at the Jawaharlal Nehru stadium in Fatorda, securing a spot in the finals of ISL Season 2, it’s been pure FC Goa fever, All-FC-Goa-All-The-Time.

And for good reason. Our tiny Goa now has a very real chance of becoming the football champions of giant India, depending on how we do in the final face-off against Chennaiyin FC on Sunday, Dec. 20, also in Fatorda.

“I told the boys they need to fight for every ball, give the opponents no breathing space and make fewer mistakes. And I’m proud the boys showed that attitude and made the game easy for us,” said Zico after the match that crushed Delhi’s dreams.

FC Goa progressed to the ISL final with a 3-1 aggregate win over Delhi, despite losing 0-1at Delhi earlier in the week. The tickets for that match were sold out in no time, leaving many fans disappointed, but those who did get in created an electrifying atmosphere, seemingly intimidating the opposition and giving a boost to our charging ‘Gaurs’. With their 1-0 win in the preceding match, Delhi Dynamos came to Goa only needing a draw to qualify for the finals.

When the ‘Gaurs’ 11 stepped onto the field, they displayed new-found aggression, their sights firmly set on ISL glory.

Romeo Fernandes and Mandar Rao Dessai were deployed on the wings, Rafael and Dudu in attack. Raju Gaikwad, Narayan Das, Reinaldo and CS Sabeeth made way for them while Bikramjit Singh replaced Jonatan Lucca in the midfield.

Delhi coach Roberto Carlos named an unchanged starting lineup from the semi-final first leg, which his team won by a solitary goal scored by Robin Singh. FC Goa treinador Zico made his intentions very clear to his players, ‘Kill or get killed, play hard and do not get bullied!’ and the players did just that.

Jofre Mateu González (11’), Rafael Coelho Luiz (27’) and Dudu Omagbemi (84’) were the goal scoring heroes on the night. Spanish maestro Jofre, who graduated from the famous Barcelona’s La Masia academy, opened the floodgates in the 11th minute, showing his dribbling skills to go past Delhi’s best defender John Arne Riise with ease and put the ball past Delhi keeper Antonio Doblas.

Then it was time for some samba magic as the Brazilian Jogador Rafael (who was battered and bruised during the night)made Riise dance to his tunes before scoring the all important second goal of the match in the 27th minute to give his team the lead on aggregate. 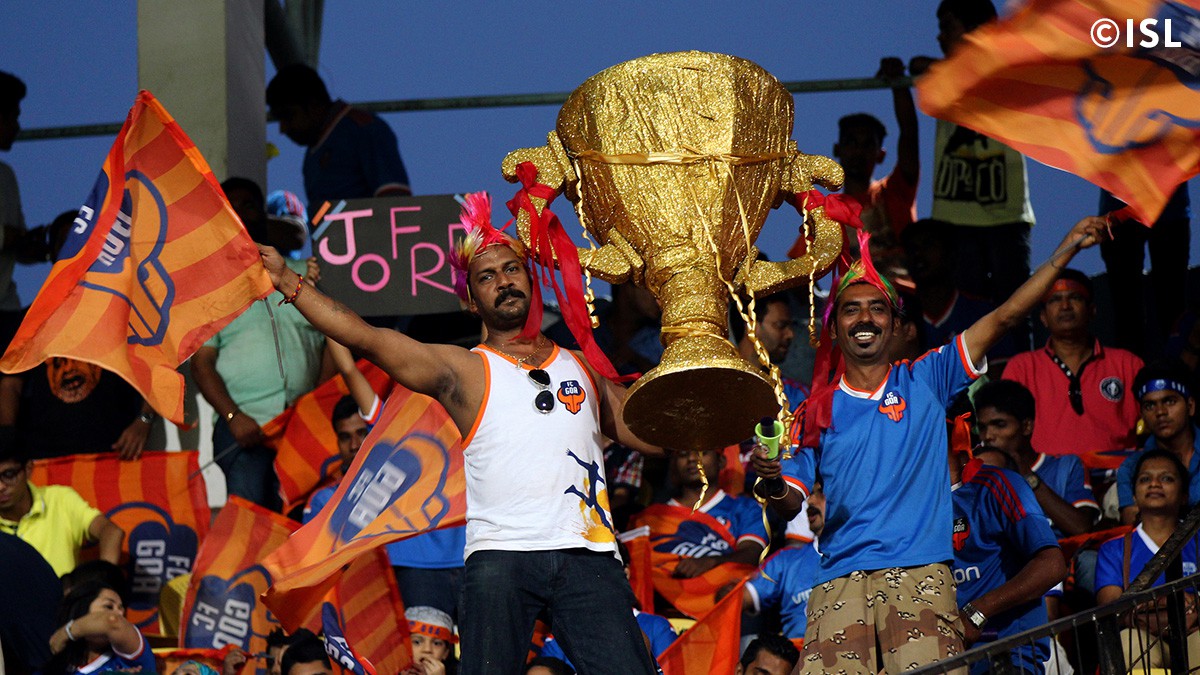 Riise, suffering from minor concussions, had an abysmal match and was replaced with Hans Mulder in the 30th minute. Dudu, who worked his socks off, was rewarded when Jofre adroitly crossed the ball at the far post to Romeo, who served the ball on the platter for Dudu to score in the 84th minute, sending the 18,000-plus home crowd and a million and half other Goans watching elsewhere into a rapturous frenzy.

Roberto Carlos, despite his disappointment, took the result in stride.

“We had our chances … I feared this could happen. The 1-0 advantage we came here with was not good enough. When you play FC Goa at home, it is a different ball game. FC Goa was superior today and they won,” said Carlos.

The defensive duo of Lúcio and Grégory Arnolinwas rock solid at the back and impassable on the night, and neutralised Gustavo Dos Santos’ threat down the flanks (he had terrorised Goan defenders in the first leg).

“Our defence did well to keep Dos Santos and the others at bay, neutralize it and show our game,” said Zico.

The stage is now set for the grand finale on December 20. The entire state will be painted blue as the Gaurs go charging for the title.

“We are confident enough to take on any team in the finals and I believe I have the squad to win the title this season. Thank you very much for all the support from all the fans and you can be sure on Sunday we will give our best and play with the same intensity as we did against Delhi,” said Zico.

Judging from the ecstatic reaction after the semi-final victory, it’s hard to imagine what Goa will look like if, by the grace of God, we actually take the title.

The commercial capital of Goa came alive, with cars taking to the packed streets, waving FC Goa flags and scarves.Reagan Fernandes, leaving the stadium said “It’s time to celebrate FC Goa style. We will be back again on Sunday and hopefully party all night long as champions.”

An exuberant fan named Mathew watched the semi-final victory at a screening in Margao and then joined revellers chanting Força Goa Dii Tekha! (Give It To Them!).

“I feel proud and happy, FC Goa has lit up this Christmas season,” he said. 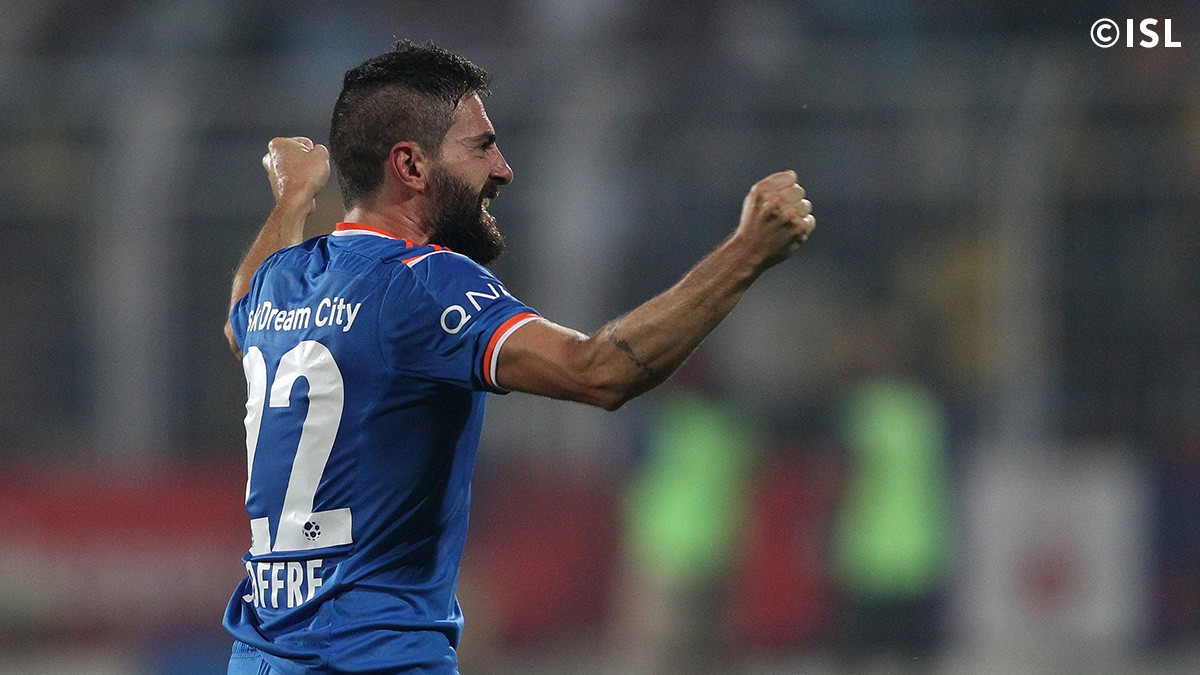 Players, too, were in a party mood. The midfield maestro Jofre said, “I feel very happy we fought hard and deserved to win. It feels great for us as well as for the fans. It is party time!”

Pacey winger Mandar Rao Dessai, who has had an exceptional season, was also jubilant. “The feeling is amazing and we will give it our best to win in the finals,” he said.

The Goa Football Association hascongratulated FC Goa on making it to the finals and expressed hope that the team will win the title.As Goans of all stripes are strongly behind their team. Massive screenings are planned across the state.

FC Goa’s co-owner Shrinivas Dempo, speaking earlier to Streets said, “The success of the team is measured by how much it is loved and supported by the fans. On that front, FC Goa has already succeeded. If they win on Sunday, it will be icing on cake.”

Now it’s all about what happens on Dec. 20. Dii Tekha! Give It To Them!