A Good Idea Gone Bad The subways may have been built to help pedestrians avoid the risk of being run down by speeding vehicular traffic on Goa’s highways. But, order there are very few takers and the nearly half a dozen built over the last decade have turned into white elephants for reasons ranging from… END_OF_DOCUMENT_TOKEN_TO_BE_REPLACED

The subways may have been built to help pedestrians avoid the risk of being run down by speeding vehicular traffic on Goa’s highways. But, order there are very few takers and the nearly half a dozen built over the last decade have turned into white elephants for reasons ranging from poor sanitation and bad lighting to a stunning lack of security.

Take the case of the sub-way on the highway at the Goa Medical College in Bambolim. Built at a whopping cost of Rs 37-crores, hardly anyone has used it since it was inaugurated on January 26, 2009, mostly because it’s badly kept and unsafe, with no security guards posted anywhere.

“It’s so dirty. There’s garbage strewn all over and the place stinks of human excreta,” says Agostinho, who works at one of the outlets in the GMC complex.

According to him, there were a few cases of pedestrians being mugged in the sub-way, which is why very few people use it, despite the risks involved in crossing the highway to get to-and-fro to the GMC hospital.

So poor is the utility of this subway that the government is now seriously pursuing a proposal to convert it from a pedestrian subway to one for vehicular traffic. A consultant has already been engaged by the Goa State Infrastructure Development Corporation, the agency which originally built it, to study how it can be re-designed for traffic. 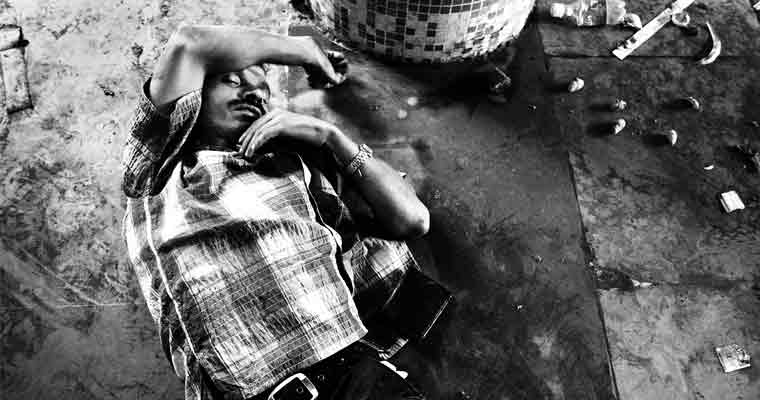 “We will have to work out ways to entice the public to use these subways,” says GSIDC managing director Sanjit Rodrigues, who suggested introducing exciting activities including performances by stand-up artists and entertainers, as one possible way to do it.

“It’s a question of culture. The public in Goa are not accustomed to using subways. We have to build that culture,” he said.

The story of under-utilization of the subway at Bambolim is not an isolated one. Ditto is the case with the one on the highway at the industrial estate in Verna where thousands of workers simply refuse to use it, crowding the road instead and causing a bottle-neck for the highway traffic.

The solitary exception to the stories of Goa’s under-utilised subways is the one on the highway near the Agnel Ashram-Padre Conceiçao College of Engineering in Verna. It’s well used by the students and staff of the technical colleges and schools in the Agnel Ashram campus, perhaps because it’s reasonably clean and waterproof. Save for the missing window panes and the not-so-good condition of the electric boxes on the walls, this subway seems to be well kept.

The subway near the road to Holy Rosary convent  in Nuvem is littered with waste and its broken switchboard poses a risk of electric shock. During Streets’ inspection of this subway, not one pedestrian was seen passing through, while a few pedestrians were seen crossing the busy highway itself. The subway at Nuvem church is better used, to cross from the Mae dos Pobres church and school to the bus stand on the other side of the road. But two transverse cracks can be seen in the roof of the subway slab, through which rainwater drips through, forming large stagnant puddles on the floor. Corrosion of the steel in the slab is bound to set in, and if not rectified soon will weaken the slab and road in the coming years.

There’s no arguing over the advantages of having subways built on highways where traffic flow is continuous and heavy. It cuts the risk of losing lives in mishaps where speeding vehicles knock down pedestrians eager to get to the other side of the highway. And, Goa has had more than its share of such avoidable mishaps.

Take the case of Roshni Rego, a standard XI student from Margao who was killed when she was run over by a train when crossing the tracks to get to her Damodar Higher Secondary School in 2010. She and three other students decided to cross the tracks, eager to reach school on time after the vehicle that used to drop them couldn’t use the subway because it was flooded. Roshni was the last among the four students to cross the track and was hit by a train, tragically ending her life.

The student and teacher community reacted with outrage then, blaming the authorities for poor maintenance of the subway. But three years down the line, very little has changed on the ground and the subway continues to get flooded rendering it useless during the monsoon.

At Bambolim, where hundreds of people cross the highway either to get to or leave the Goa Medical College hospital, there have been dozens of mishaps, some fatal, where pedestrians have been victims.

Life-taking accidents such as these at several busy points along the national highway that cuts through the length of Goa can be entirely avoided by subways. Only, of course, if these are kept clean, well lit, secure and usable.