One of the Premier Culture Events of the Subcontinent

One of the Premier Culture Events of the Subcontinent

Five years after being founded to “celebrate the margins, generic ” the fiercely independent, non-profit and no-logos Goa Arts + Literary Festival (GALF) has unexpectedly emerged as one of the premier cultural showcases of the subcontinent. The fifth anniversary edition in Panjim next week (December 4-7, goaartlitfest.com) promises to be the best ever, with strong literary and artistic delegations from Singapore, Nepal, Australia and Pakistan, as well as GALF’s usual mix of some of the best established and emerging literary and artistic talent from across India and beyond.

Goa Streets is proud to be among GALF’s media partners!

GALF will host the “hometown release” of Rajdeep Sardesai’s nationwide bestseller, ‘2014: The Election that Changed India’, as well as the exclusive first-ever launches for some of the most anticipated books of the year: Dr. Rajmohan Gandhi’s ‘Prince of Gujarat’, Mamang Dai’s historical novel ‘The Black Hill, Hindol Sengupta’s ‘Recasting India’, Aditya Adhikari’s ‘The Bullet and the Ballot Box’ and new books in English translation from the eminent Konkani writers Mahabaleshwar Sail and Damodar Mauzo.

Other notable “firsts” at GALF 2014 include ‘Odalisque’, the first-ever exhibition of paintings outside the United States by Daisy Rockwell, the unique painter, translator (from Hindi) and writer. The grand-daughter of legendary American artist Norman Rockwell, she will also release her new novel ‘Taste’ on December 7. Also making his much-anticipated India debut is Chee Malabar, the veteran American rapper of Indian origin, who will release his new album ‘Feral Child’. 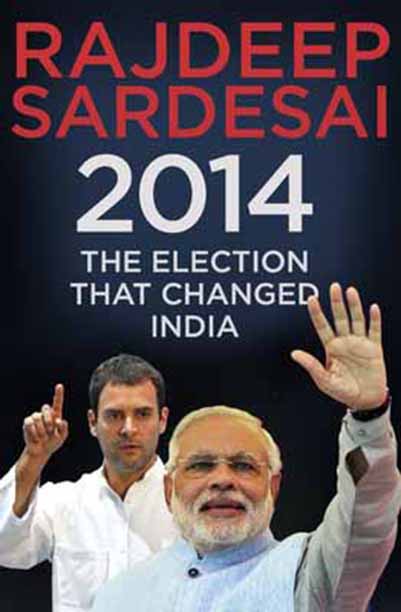 The Goa Arts + Literary Festival is free, and registration is not required to walk into the daily sessions at the International Centre Goa at Dona Paula. Those interested in eating all meals along with the delegates can register for a nominal fee at goaartlitfest.com, where the festival programme will be available from Dec 1. However, the organizers are urging visitors who are interested in specific sessions to arrive at the venue early – GALF 2014 is likely to be the best-attended so far, and the most popular sessions are likely to become filled to capacity.

These include conversations and panel discussions featuring several of the most acclaimed authors and books of 2014: the multi-talented rockstar of Carnatic music, TN Krishna whose ‘A Southern Music’ has been described by Amartya Sen as “one of the best books I’ve ever read”, and debut novelist Mahesh Rao, whose wonderful “A Smoke is Rising” won the Tata Literature Live award, and the poets Ranjit Hoskote, Keki Daruwalla, Arundhathi Subramaniam and Sridala Swami who are four of the five finalists for the first-ever Khushwant Singh Prize for Poetry.