Yoga experts say breathing is the link between body and mind.

On a lazy Sunday morning convince yourself to wake up early enough to catch the sunrise.  Stroll along Vagator beach. You will notice a group of people in white enthusiastically going through a fitness routine. This group of locals and tourists – both young and old – skip the snooze button every morning for a session of health therapy that includes yoga, dance, laughter and fun. “I take sessions of yoga to release suppressed energy,” says Felly Gomes, founder of Live Happy. “I try to find ways to help people channelize their energies and work for the community.” Felly operates from his ‘Happy Home’ in Assagao.

Daegal Godinho, director of Carpe Diem, a home for art and culture in Majorda, says: “The trend of yoga as a health and fitness routine has been growing in Goa over the last few years. I think a lot of people see yoga as an opportunity to get in touch with themselves more intimately and find some peace of mind. Yoga is one of the activities along with art, music and theatre that allow people to step out of their work routine.”

Daegal says people do yoga “usually for meditation and to maintain good health. ‎Some come because a doctor has recommended yoga as an option to doing strenuous exercise and for treatment of specific ailments (like back injuries or recovery from joint replacement surgeries?).”

Seby Akkara, who has been teaching yoga for the past 13 years, has practiced it since he was a child.  He’s an artist who spends most of his time painting and sculpting. He believes one can start practicing yoga as early as 8 years of age.  “We should introduce it in schools and even the panchayats,” he says.

The growing popularity of yoga is evident in the number of tourists taking to it to find inner peace and healing. North Goa has witnessed many new avenues open up in the area of health and wellness tourism thanks to yoga. A lot of tourists enjoy the yoga classes being offered by the 5-star hotels and quiet jungle resorts. These people work hard in their homeland and want an escape from their monotonous routines.

Sonja Appel started the Sushumna Yoga School & Studio in Delhi in 2005. In 2008, she moved to Goa and set up a school here with her partner Gita Sahni. Sonja has been teaching yoga for the past 13 years. She says, “Ninety percent of our clients are tourists or people who come for specific residential programs – like the Teacher Training Program, or a Residential Retreat. These could be a week to a month long. My students are mostly tourists although for the first 2 years I campaigned endlessly to get the villagers to send their children to learn yoga in Morjim and Ashwem.” 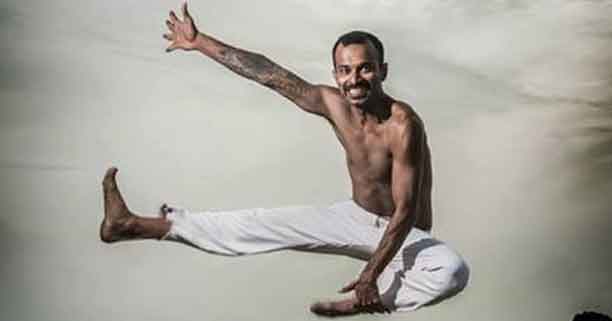 “The word yoga originated from the root word in Sanskrit yuj, and also comes from the biblical word, yoke. Both mean joining together or to unite,” says Gita Sahni .

“There’s a huge potential for the future of yoga in Goa. Active promotion by the Department of Tourism would help it to grow. There are a few yoga schools, retreat centres and teachers who are doing their bit to promote it. There are two yoga festivals coming up this year and next year. If they are successful they could become an annual event,” says Sahni.
Like any physical activity, yoga is not completely without risks. Torn ligaments, dislocated joints, and back and neck injuries have been known to happen, especially if practitioners push themselves too hard or perform difficult poses unsupervised.

One way to minimize risk is to be acutely aware of breathing. Yoga experts say breathing is the link between body and mind. When practicing yoga, you shouldn’t be out of breath or catching your breath. And the yoga style you choose should be appropriate to your age, ability and general health.