But are we really showing respect for this beloved deity?

But are we really showing respect for this beloved deity?

As a child, viagra 60mg writer Sheela Jaywant and her young cousins had an affectionate and perhaps irreverent relationship with Lord Ganapati, in whose honour this week’s Ganesh festival will be celebrated. Below, she recalls her childhood celebrations of Ganesh Chaturthi, and expresses dismay over what’s become of the festival – and the treatment of the Ganesh idol – today.

In spite of the dos (be spruced up for the aartis) and don’ts (no eating non-vegetarian food) involved, Guns Ganapati remained a favourite god. Rama had the Rama-raksha prayer chanted to him every evening. Dear Dutta, our neighbours’ family deity, had Thursday’s fast dedicated to him, a fast that involved distribution of the yummiest pedhas. Our own Goan Lord Manguesh frowned on fish or meat consumption on Mondays, but was otherwise a liberal sort. But it was only Lord Ganapati who visited our homes briefly at a dedicated time of the year and whose idol was immersed in the sea whilst we sang ourselves hoarse persuading him to come again the following year. The ditty went like this: Ganapati Bappa Morya, pudhchya varshi lavkar yaa. Ganapati gele gavala, chain paday na mhala. Loosely translated it means : Father Ganapati Morya (short for Moreshwar), please return next year. Ganapati has gone to his village, we aren’t liking that at all.

Every year’s Ganapati idol had to be a coconut-palm-leaf-vein thicker than the previous year’s, that’s about 2 mm. Most statuettes in those days fitted in the palm of an adult’s hand. The decorations were made of flowers and fruits that were plucked, often home-grown. The word ‘bio-degradable’ didn’t even figure in the lexicon of my youth.

I can’t say when exactly plastic, thermocol and flashing lights came to be part of the Ganesh festival, but I’m sure it coincided with the drastic increase in the size of the idols, when the raw material changed from mud to Plaster-of-Paris. 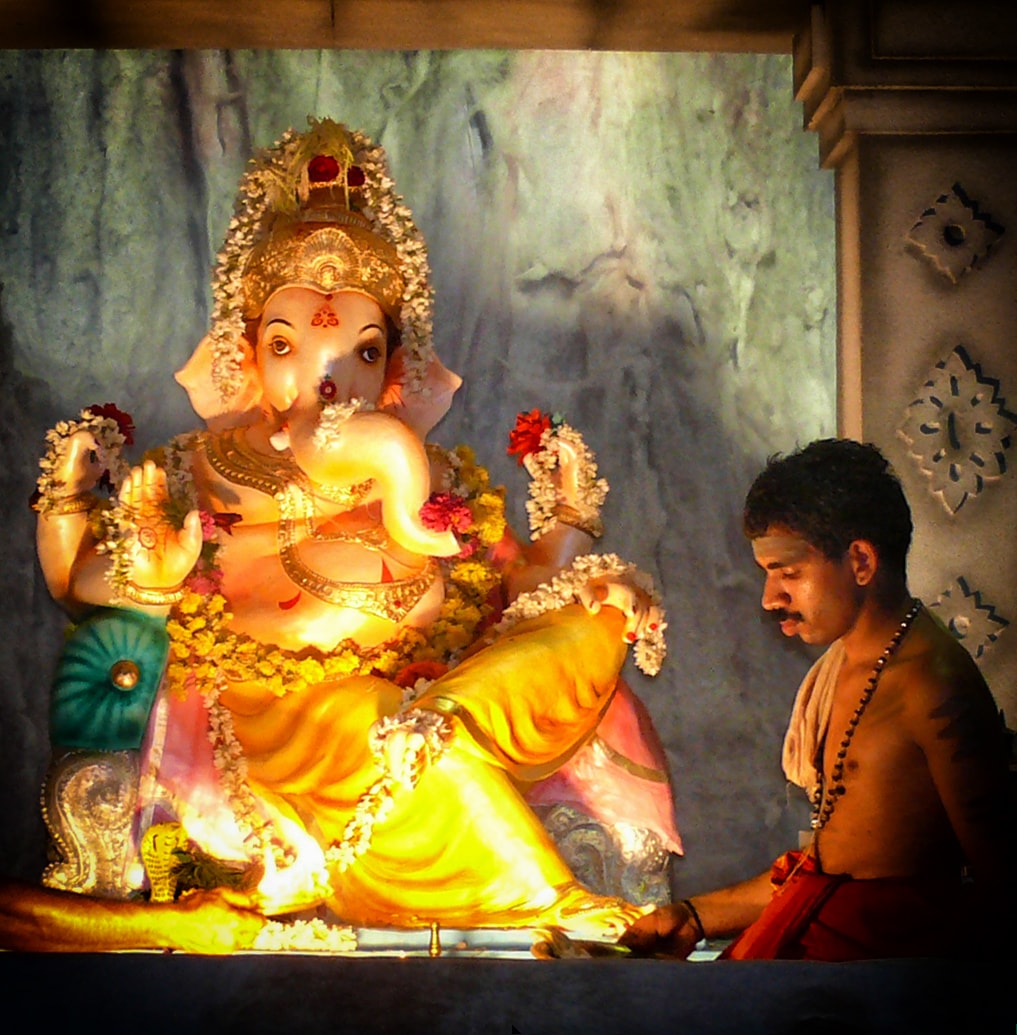 The immersions of my childhood then involved clanging small cymbals and singing the goodbyes to Mr Guns with gusto. We all felt bad that the sweet modaks weren’t going to be made for another twelve months. People didn’t eat festive foods when they simply felt like it. They didn’t go out and buy neuryo, chaklyo, kadbolyo either. Like the delicious moonga-shaak gravy, those sweets and snacks were homemade and only when religious norms demanded them to be consumed. We’ve trashed that discipline long years ago. As we’ve been trashing Mr Guns’ idols.

I remember the idols being carefully lowered into the waves of the sea, not tossed over into the Mandovi river or from some other bridge. I remember gathering little peaks of sand where our statue stood overnight, dissolving by the inch with every hour. Now we see the sacred debris everywhere, floating in rivers, rejected by the waters and washed up on the seashores … Plaster-of Paris broken limbs, crushed trunks, an eye here, a ear there, crabs scampering all over what was until a day before His Holiness. Smothered by plastic, dead weeds and other broken statues, it’s an ugly sight. All the singing of praises and praying can’t wish that rubbish away. Instead of ‘to dust thou shalt return’, municipal trucks toss the leftovers of Mr Guns along with domestic and industrial garbage into smelly, maggot-filled pits. 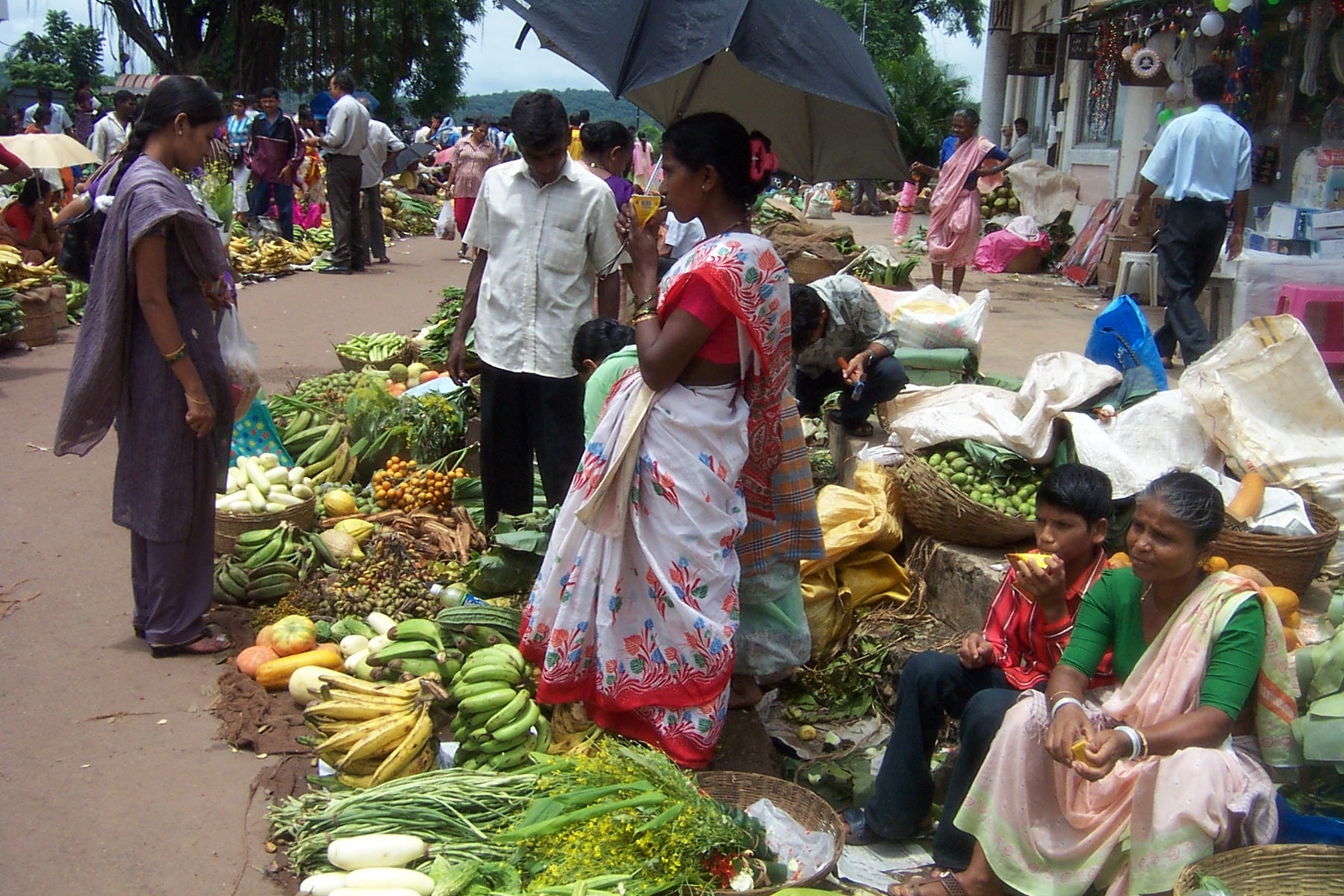 We no longer celebrate the Ganesh festival. The elders couldn’t cope with the traditions and the younger generation was too busy or not inclined to carry them forward.

I always wonder what the worshippers who bring Ganesh idols home annually think of the muck that lines the coast after the festivities are over. After any religious or political rally, pictures of leaders are ripped and trampled upon and no one minds when they are chucked into the gutters to rot. But in the case of Mr Guns, people fervently believe that he’s a living god, The Remover of Obstacles who saves them when they’re in trouble, gives them extra marks to pass an exam, prompts interviewers to give them jobs, finds them great spouses, keeps illness away, brings prosperity, etc. I wonder why they don’t mind his likenesses being treated so shabbily. 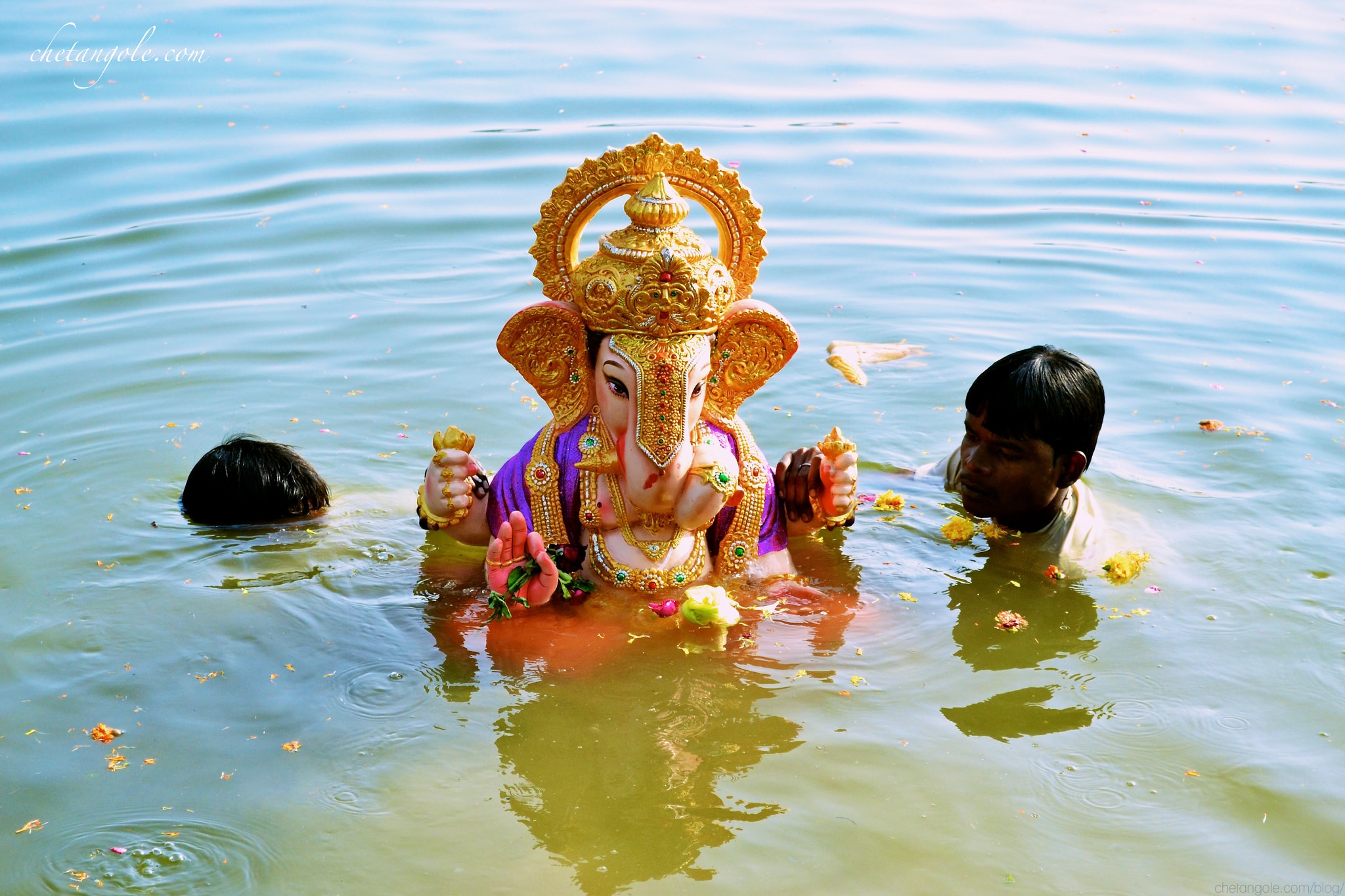 This is one festival that messes up our beaches, rivers, wells and lakes big time. All underwater life, including edible fish, suffers. Ugliness rules. Whither sanctity? Whenever I think of this, I remember an episode: in Uttar Pradesh, away from the coast where this festival is important, in a not-so-wealthy Maharashtrian home, a pious housewife celebrated this festival with a supari, a betel-nut. Her daughter had decorated the little dried fruit with felt pens and some coloured threads to make it look like a little Ganesh. He sat on a match-box pedestal that was covered with golden paper, and the decorations were flowers and leaves from the pots on their sill, changed twice a day. No compromise on food or the singing of the hymns, no dilution of devotion. Then came the day of immersion. With ceremonious fanfare, that family of four plus a handful of neighbours carefully carried Mr Guns on a tray and respectfully placed him inside a bucket of clean water. The next day, water and supari was poured into the roots of a favourite plant.

I have a feeling Mr Guns would have enjoyed His stay in their home more than in any that smoke him out with incense, and stifle him with plastic, Made-In-China decorations and gifts bought with black cash.

My late uncles would not have noticed, never mind commented on our ‘Mr Guns’ tag if they’d seen the mess after immersions that happens these days. They would have been so appalled, they would have been at a loss for words. A miracle, that.