Is the industry dead forever?

Is the industry dead forever?

This is no academic question. It cuts straight to the heart of the health of Goa’s economy and environment. It’s about lives and livelihoods, viagra 40mg making ends meet or suffering in limbo.

Will iron-ore mining in the state resume?

Before it was banned by the Supreme Court nearly two years ago, order mining was Goa’s largest industry, employing some 80,000 people both directly and indirectly and fetching annual revenues of Rs 5,000 crore. It was also responsible for some of the worst corruption and environmental degradation this land has ever known.

While Chief Minister Manohar Parrikar says he believes mining can resume as early as this October, realities on the ground make it highly unlikely operations can resume before at least a year. That’s because the minute the green light is given, environmental groups and those left out of what’s supposed to be a transparent bidding process are ready to pounce, taking their case to the courts. The emotions are so raw and the legalities so complex that it’s possible Goa will never see a resumption of mining.

“We are running out of patience, despite numerous promises in the past nothing has concretely happened.  Even though the Supreme Court has vacated the mining ban, the mining still is not resumed in Goa,” said Geetali Naik, a protestor at a recent rally held by women whose husbands are out of work because of the mining ban.

Yes, the Supreme Court has lifted the ban, at least theoretically. But the move seems to have raised more questions than it answered. Who will be granted leases to exploit the mines, and through what mechanism? How can the Supreme Court injunction against mining within 1 kilometre of wildlife sanctuaries be enforced? Will the old mining players be granted preferences? How much iron ore can be extracted?

Leading the charge against rapacious mining in the state is the environmental NGO Goa Foundation and its Executive Director Claude Alvares. It may seem surprising, but Alvares now counts himself among the leading voices calling for a resumption of mining activity – but only of a certain kind.

In an interview, he said it’s time to provide relief to truckers and other mining-dependent workers by exploiting the more than 750 million tonnes of ‘mining rejects’ that have been dumped at various locations around the state. The main obstacle to this happening, says Alvares, is Parrikar himself.

“All he needs to do is start lifting the dumps after following due procedure and mining can immediately restart,” Alvares said. 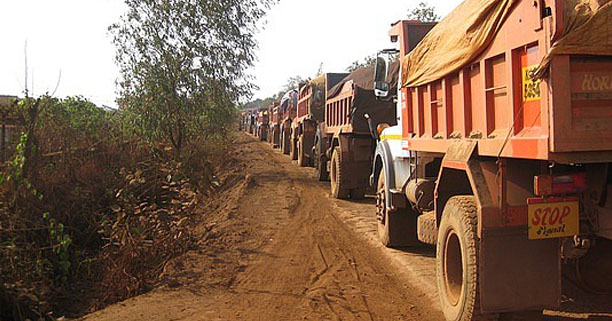 These huge hills of mud were scraped off the surface of the land as miners searched for the higher grade ore located beneath. Yet with traders in China willing to buy low-grade rejects, these ‘dumps’ have acquired value.

“If one assumes that 20% of these dumps have saleable value, this makes 150 million tonnes, enough to keep the mining going on for three years,” Alvares said, adding that the if the government starts this, the truckers and the barge owners will be happy to transport it. “A trucker isn’t concerned whether he’s carrying ore, mud or stone. He just wants the trip,” Alvares said.

Alvares doesn’t believe the chief minister has any chance of resuming mining by granting licenses to discredited past players or by violating the Supreme Court’s environmental injunctions. Parrikar is on record stating that he disagrees with the 1-kilometre rule, saying instead that mining that close to wildlife sanctuaries (a good portion of the Goan countryside) should be “phased out.” That’s raised alarm bells for activists, who see it as a pretext for skirting the rules.

Raising even further concerns, Parrikar has also said he opposes what activists and others think is the only fair way to dole out leases: a public auction. After the Supreme Court ruled that existing mining leases had expired in 2007 – meaning all those engaged in the industry between 2007 and 2012 were operating illegally – many believe the best way to resume mining is to start fresh, with everyone having an equal chance to acquire a piece of the mining pie.

To date, the chief minister has not said exactly how he plans to hand out the leases. And with Alvares and the Goa Foundation intent on a public auction, a deadlock seems likely. 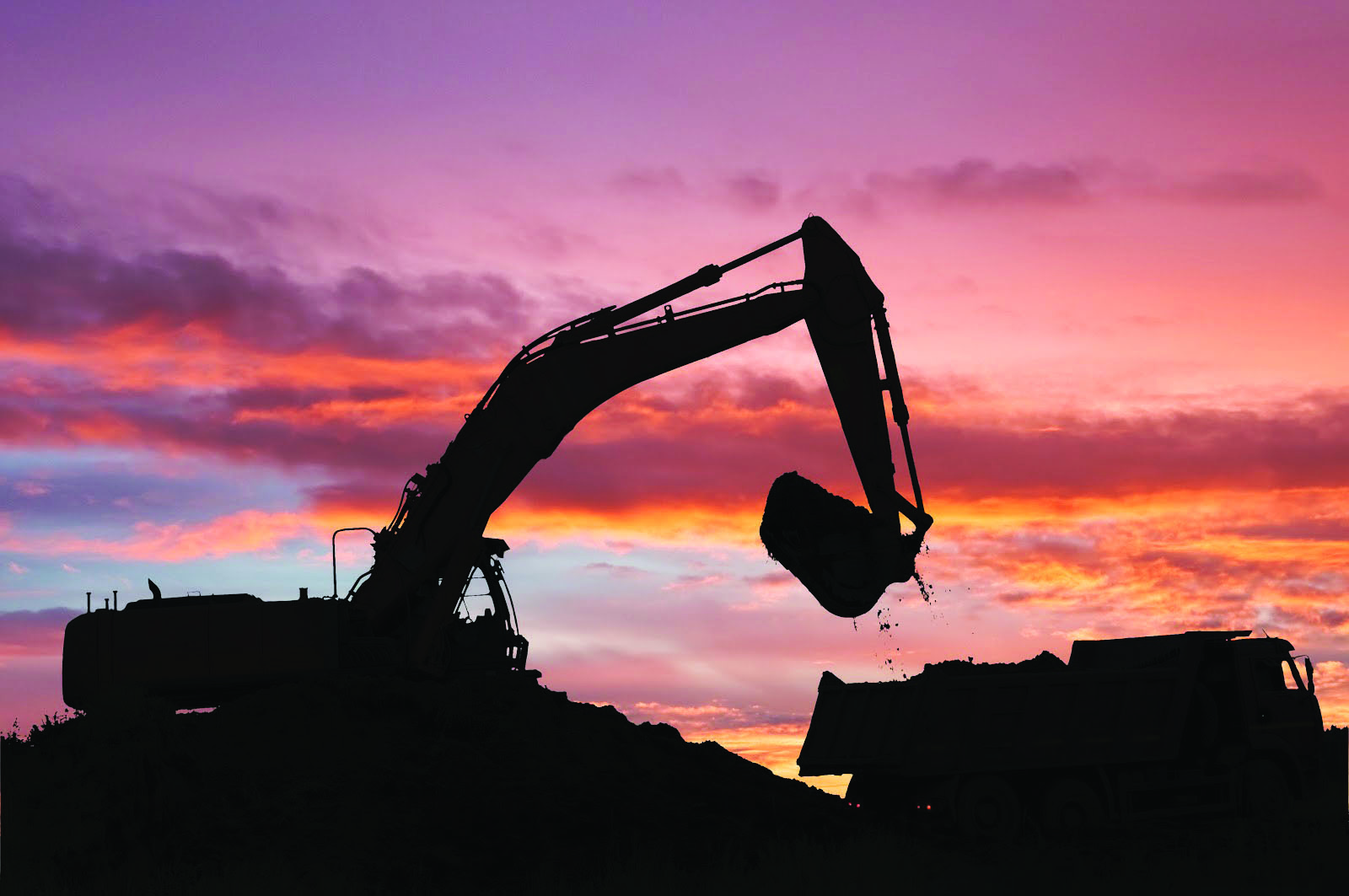 Alvares says the Supreme Court has been clear. The goal is to ensure maximum earnings for the public exchequer, either through an auction or an equivalent measure.

“If the State government can find a better way to maximise earning then let them tell us what it is. If they do not use the auction method or another method to maximise earnings for the public exchequer, we will go back to the Surpeme Court,” Alvares said.

The Goa Foundation has already sent the state government a legal notice, as a kind of warning letter. When you consider the amount of money at stake, it’s not without reason that the Goa Foundation has been demanding maximum earnings for the state exchequer. Between 2004 and 2012, 282 million tonnes of ore were exported from Goa, valued at Rs 87,748 crore. Of this, the mining companies kept the lion’s share for themselves, while the central government took in around 20 percent in export duties. A paltry 4 percent went to the state exchequer.

Perhaps most disturbing to critics is the idea of giving back mining leases to the same companies in the same locations, including those within the 1-km buffer zone. Yet Parrikar’s preference for the old players seems clear.

“Those who mined the minerals during 2007-2012 didn’t know that it was illegal to do so. It was decided that it is illegal in the year 2014 (by the SC judgement),” Parrikar told reporters recently.  He said that the mining policy he was drafting would work out a solution to give an opportunity to mine owners to regularise their irregular ore.  “People should be given an opportunity to turn their irregularity into regularity. The mining police would be a solution,” the Goa chief minister said, without specifying how exactly the policy would be framed.

To be sure, there are signs that the chief minister is hesitating. After initially announcing that his mining policy would be out in June, he has now said that it will be out by the end of July. However, with just a few days to go before the month ends, it appears that the deadline is heading for another postponement.

Alvares, for his part, is readying his artillery. Moves to ‘subvert’ or ‘work around’ the  rules will see him heading straight back to the Supreme Court – and could potentially lead to another ‘stay’ on mining in the state.

Caught in the middle of these epic mining battles are those ordinary folks who once worked for the industry. From the families of truck drivers to owners of barges to humble workers in the field, these people have been told repeatedly that mining will resume “soon.” Promises have been made and broken.

“Earlier, the BJP government had accused the Congress government of delaying the resumption of mining. Now the BJP party is in power at state and centre. What’s stopping the BJP from resuming mining now?” questioned Geetali Naik, the protestor at a recent rally.

It’s not just the workers who are concerned. The mining companies themselves are facing a large set of difficulties besides the ban itself, from rusted machinery to falling prices of iron-ore on the international market.

“Mining is not going to restart. Many of the mining companies have lost interest in getting back to the industry,” said an official working for a mining company. He pointed out that the machinery has been lying idle for two years now and much of it would need serious repair if not replacement.

“The cost vs benefit ratio is going to keep going down. Mining may be permitted but no one may want to mine unless they fetch the right price,” he said.

While selling off mined ore could help revive the industry and the ‘dependents’, the government does not seem interested in doing that. Is it because the ‘mining biggies’ stand to lose?

Speaking of these biggies, there are those who believe they should taken to task for their alleged role in previous irregularities.

“I challenge Parrikar to prosecute the companies such as Fomentos, Sesa Goa, Chowgule and others from the powerful mining lobby; or prosecute politicians such as former Chief Minister and Mines Minister Digambar Kamat and others. But, I know Parrikar cannot accept the challenge because it is not his will to prosecute the big sharks in the illegal mining scam, just small fish,” said Savio Rodrigues of the Goa Su-Raj party, a nascent political outfit.

Rodrigues then laid out the bottom line as Goa decides whether and how to resume this gargantuan industry.

“Every Goan should gain from the revenue earned through this natural resource and not just a few mining families.”