And Then Faces Judgment

Elano being arrested for assault on FC Goa owner.

And Then Faces Judgment

How harsh will it be?

On December 20, after the final whistle at the Jawaharlal Nehru Stadium at Fatorda,Goans were understandably upset after their heartbreaking 3-2 defeat in the Indian Super League Final against Chennaiyin FC. After all, they came tantalisingly close to clinching the national title, having led 2-1 in the 87th minute of the 90-minute match before Chennai, in a stunning turnaround, scored twice.

Every bit as heartbreaking, however,were the moments that followed the defeat. After the match, FC Goa players and personnel rushed toward and threatened the Japanese referees, the team boycotted the post-game awards ceremony, and FC Goa co-owner Dattaraj Salgaocar had Chennaiyan FC Captain Elano Blumer arrested after claiming the Brazilian midfielder physically assaulted him (and that the game itself was fixed).

Needless to say, none of this sat particularly well with India’s football authorities who, despite this being only the second season of the Indian Super League, understand that maintaining rules and decorum are essential to the growth of both the league and the sport. In the coming days, the All India Football Federation, or AIFF, is expected to rule on whether FC Goa will be punished for unsporting behaviour.

“In my opinion, the behaviour of FC Goa after the final whistle was unreasonable, undisciplined, bullish and frightening, to say the least. It was surely unsporting behaviour of the highest order. FC Goa should have accepted the defeat with dignity and shown respect for laws of the game,” said Match Commissioner of the finals AK Mamukoya, who this past week submitted a report on the incidents to the AIFF.

All eyes are now on the AIFF’s disciplinary committee, which seems likely to take action against FC Goa in the coming days. Possible penalties include fines and suspensions. Another unfortunate result of the finals fiasco is the likely departure of the team’s highly prized Brazilian coach, Zico, who sources say has decided to call it quits in Goa (he was thinking of moving on anyway, but these episodes appear to have pushed him over the fence). If other international football personalities follow suit by either leaving or not coming at all, that could be a real problem for Indian football.

But the worst casualty is something bigger than any of this. The ISL appears to be the best thing that’s happened to Indian football. It has stirred a level of passion never seen with the I-League. And it has given India a real chance of assuming its rightful place in the global football arena and ending the decades-long embarrassing spectacle of the world’s second most populous nation failing to qualify for the FIFA World Cup or compete effectively on the world stage. A successful ISL could do wonders to help India reach its near infinite football potential, with adults doing what it takes to nurture the football talents of the young. This kind of debacle at the end of the national championship of what has become the country’s premier football league represents a setback for all of these goals, because the “beautiful game” is no longer beautiful when it turns ugly. 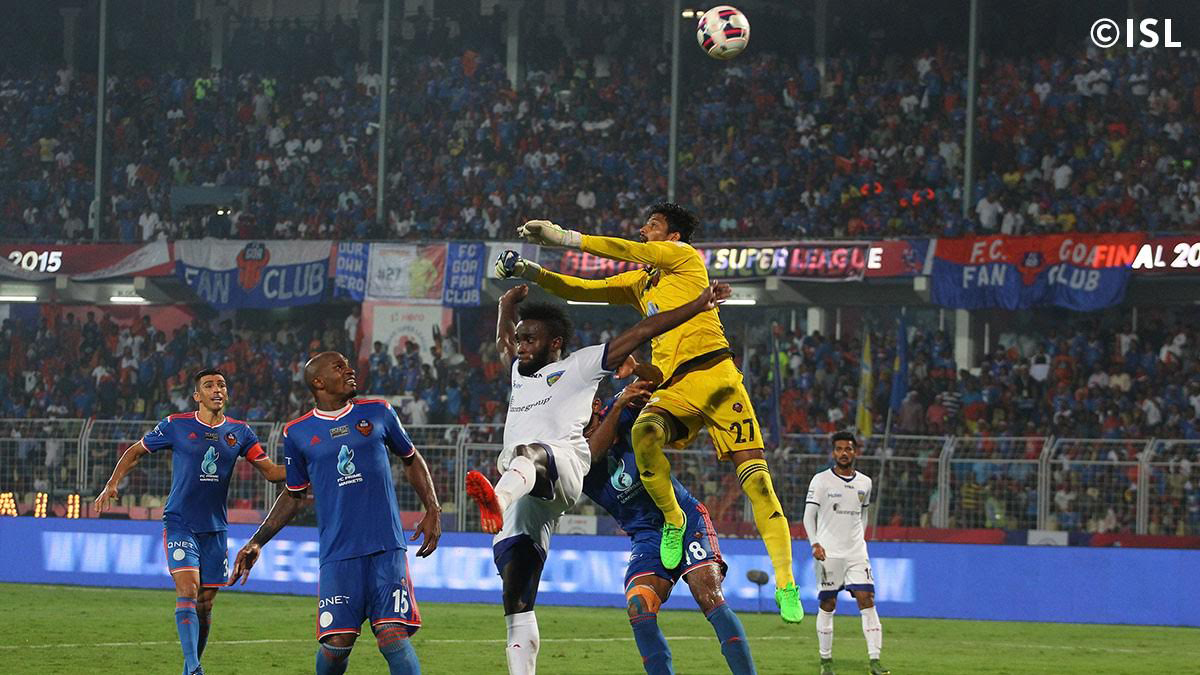 Many Goans shared the feeling that the officiating of the final match was poor but they nonetheless took the agonizing narrowness of their team’s defeat in the right spirit. But all hell broke loose after the final whistle as the post-match quickly descended into mayhem and scuffles broke out across the pitch.

In his report, AK Mamukoya states that “immediately after the final whistle, FC Goa bench led by Rajesh Malgi, Equipment Manager of FC Goa, charged towards the Japanese official, rushed to the referee, surrounded him and scared him with physical gestures.” In addition, he said, FC Goa staff and players physically threatened and verbally abused the match’s three Japanese referees after the game (three of the referees were Japanese, the fourth was Indian).

In the report, Mamukoya (an Indian, despite his Japanese-sounding surname) asks the AIFF to take action against FC Goa.

The match commissioner came down hard on FC Goa co-owners in his report, and offered an alternative explanation for the incident involving Elano Blumer, who was arrested by Margao police on assault charges and then set free on bail. Dattaraj Salgaocar in a press conference said “Elano elbowed me and caught my neck. He also (verbally) abused me and was unapologetic for his behaviour.”

However, the match commissioner accused FC Goa of ganging up against Blumer. 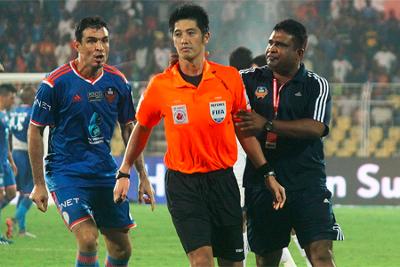 “Chennaiyin FC skipper Elano Blumer was surrounded by many players and officials of FC Goa who were pushing him. He somehow came out of the melee and ran to join his team,” Mamukoya said in his report. All this presumably put the Brazilian midfielder in no mood to receive the overtures of Salgaocar, who said he was approaching Blumer to congratulate him when the alleged assault occurred.

In his report, Mamukoya said that international players and referees would now think twice before coming to India thanks to FC Goa’s bullish behavior.

FC Goa’s head coach Zico, before leaving for Brazil, had echoed similar sentiments on the Elano incident, saying it would send the wrong signals to foreign players. Referring to the arrest, he said, “No doubt there is a problem when there is an interference from off-field incidents.”

According to a source close to him, the Brazilian legend may not come back to Goa next year because he won’t want to be linked to untoward behaviour.

“Zico was already considering a move elsewhere before the finals due to the short duration of the ISL tournament but the incidents during the finals may have helped him make up his mind as his sportsmanship will be questioned all over the world,” said the source.

Zico,in his last press conference in Goa, had said that the decision not to participate in the post-match presentation ceremony was taken by the team owners, whose decision he said he felt he must respect because they had always respected his decisions.

The AIFF disciplinary committee is headed by N. A. Khan. Babu Mather, Krishnendu Banerjee (Advocate), M. Mohan Raj, Anil Kshatriya, B.K. Roka and Rakesh Bakshi are the other members of the committee. None are Goan.

Taking action against unsporting behaviour won’t reverse the past. But it might help restore the equilibrium needed to save the game in India.