Young author/novelist Yashodhana Raj juggles many talents. She is currently doing her Bachelors in international economics, management and finance at Bocconi in Milan. She is also an intern at the Academic Council on the United Nations System (ACUNS) Vienna Liaison. She has lived in Mumbai, New Delhi, Tel Aviv and Vienna and is currently living in Milan.

Yashodhana wrote Dragon in My Heart, her first novel, about a teenager, Ria Mehra, who had found the perfect guy, had loving parents, a caring brother and a group of best friends. But everything young Ria has ever known changes when she finds out that her real life wasn’t what she had thought all along. Her identity had been kept a secret even from her.

Ria is actually a fire dragon – a Vraishk (the protector), in human form. She is an enigma. She is also unsure, apprehensive and vulnerable. Ria suddenly finds herself uprooted from her normal life and is thrown into the middle of a war between good and evil. Will Ria recognize herself and accept who she has become? Or will she succumb to the mysteries and lose her identity?

Dragon in My Heart is a story about a girl’s journey of love, choices, circumstances and adventures where, in the end, Ria has to decide if she has the strength to believe in herself.

The book takes the reader on a wonderful ride full of love, torment and adventure. It’s a quick and easy read for a young adult. Or grown-ups who are still young at heart.

I could not recognize myself. The girl looking at me from the mirror had an angst expression. I took a few steps towards the mirror, my body started acting on its own accord. Then my back arched in agony as I felt my body split into a hundred pieces, my chest writhed in pain. I was screaming without even opening my lips. The voice was not of pain though, it was of antagonism, of passionate hatred and aggression, and then astonishingly it became shallow from panicked fear. Something was changing, and I didn’t know what. But what frightened me was that I didn’t care. All I could sense was the huge bubble of anger, resentment and torture that was bursting through my body. I felt like my whole body was slowly burning, like the fire inside me was bursting out and wanted to submerge me in it. But I didn’t care, because I wanted it to happen. Beads of sweat were mixing with the rain drops on my body and I was feeling so hot. I opened my clothes and threw them on the floor, trying to cool my body by discarding pieces of useless clothing. I stood in front of the huge mirror, watching my naked self and I didn’t care how I looked because there was something happening to my body. My back was burning. Huge red marks were forming on my neck, my back, around my spine and my belly, and in a second those red marks took shape of something completely astounding – a dragon.

My body burned like I was on fire. The dragon was on my back. Her head on my left scapula, her body covering my spinal cord, and her tail coming around my waist and circling around my midriff. Her body was elegantly covered by huge delicate wings that gently twitched; her eyes were closed as if she was sleeping. With every breath that I took, I felt her chest rise. I felt her presence like it was a real being. I could feel her breathing, her gently snorting, hear the slight rustling of her wings. It was unbelievable. Not true, not real… 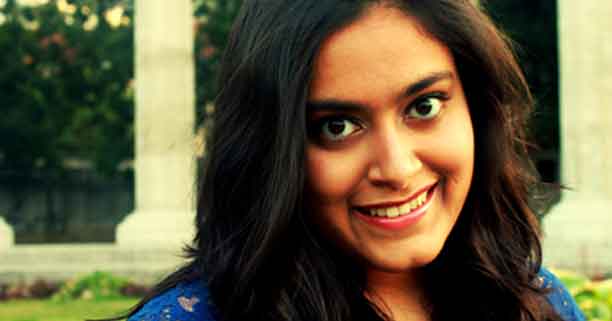 But, I didn’t trust my voice, almost believing that if I spoke, I would wake her up from her deep slumber. I just looked at her, anger still boiling in me and the shock eclipsing me away from reality.

“Get away.” My voice echoed off the walls of my room, challenging my mental state. It was hoarse from my screaming and frightened from the sudden aberrant happenings.

She stirred slightly and slowly opened her eyes. I gave an involuntary shudder. Her eyes were red and cat like. They were like drops of blood that pierced through my entire body. My eyes froze on those eyes, captivated and enamored. My eyes gingerly climbed up from her body to see my entire reflection, but it was not I who was standing there, it was she.

Her red eyes had now become my eyes.

All I could see was red. Everything was red. But maybe that was because of the fire that was now starting. It was licking my body, enveloping me at its core. But I felt nothing. The fire did not leave a single scorch mark on my body. That fire which was emitting out from the core of my body. I was engulfed in its flames. It danced around the room like gypsies and ran like escaped refugees. My entire room was ablaze. The curtains were in flames, the bed was charred, and slowly my reflection in the mirror disappeared as the mirror sweltered. I changed from having frightened eyes to eyes with a glint of craze and madness, because the sudden cavorting red around me was my creation, I was able to control the flames. It refused to hurt me. I stood in the middle of the fire twirling the threads of flames in sporadic figures. The images in my mind, I could conjure up in front of me. My hands lifted and fell by itself as the fire traced its patterns. Then my hands moved faster and the patterns started forming in fast blurs, faster and faster when suddenly the madness was emitting out in the flames, they were running away, everywhere. The dancing flames were teasing me, escaping my hands and moving around, eagerly immersing my entire room into its spirit…