#1 Fever is an illness

When your temperature shoots up, you begin shivering, your eyes turn runny and you feel under the weather, you write a note to school, or work, excusing yourself since you’re “suffering from a fever”. The thing is a fever is actually a bodily mechanism that helps us fight infection. According to a report in the journal Pediatrics, fever or pyrexia is caused when our body increases its temperature in response to infections. It shows our bodies are fighting the good fight. The bad guy is the virus or bacteria, not the fever.

This one’s been contested over and over again, and while there are some who swear by it, the scientific community regards it as a pseudoscience. Homeopathic practitioners follow a doctrine by 18th century creator Samuel Hahnemann that suggests a substance which causes the symptoms of a disease in healthy people will cure similar symptoms in sick people. However, studies published in the Lancet, the British Journal of Clinical Pharmacology and others affirm that homeopathic remedies are no more effective than a placebo (don’t take my word for it – Google it!). The most controversial aspect of homeopathy are the astronomically high dilutions of the substances in the remedies, with homeopaths claiming they still have potency even though science shows not a single molecule of the original substance remains. A typical homeopathic 12C solution would be the equivalent of a pinch of salt in both the North and South Atlantic Oceans. In Hahnemann’s time, the concept of an atom being the smallest possible unit of a chemical substance was just beginning to be understood.

#3 Drinking alcohol warms you up

Cut to a cold day when your grandmother condones (possibly even recommends!) knocking back a couple of shots of brandy or rum to bring that rosy lilt to your cheeks and a warm glow within. That’s probably the effect of the spirit on your brain because it sure isn’t doing you any good. The truth is, alcohol actually lowers your core temperature by causing your blood vessels to dilate and move warm blood closer to the surface of your skin. While it makes you feel warmer temporarily, this action causes you to lose core body heat, which is essential to survival, particularly if you’re caught in snow. 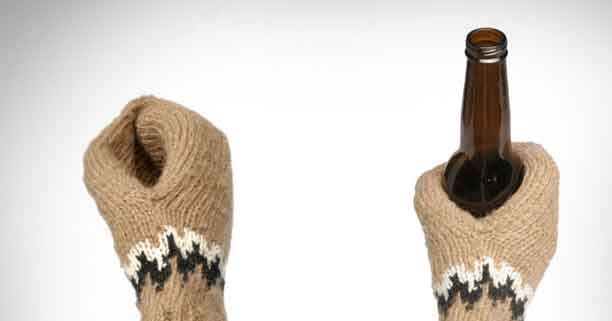 Here’s one for those who brow beat you when you reach out for butter. For every ounce of flak they give you, this myth buster gives you an evidence-packed comeback. Monounsaturated and polyunsaturated fats can actually reduce your risk of cardiovascular disease. Foods that contain monounsaturated fats include whole grain wheat, olives, avocados and whole milk. Foods that contain polyunsaturated fats include walnuts, sunflower seeds and peanuts. One fat you DO want to avoid is trans fat. Certain baking shortenings, margarines and other products that use partially hydrogenated oils contain trans fats. They have been proven to cause coronary heart disease and other ailments and are gradually being phased out in much of the world. 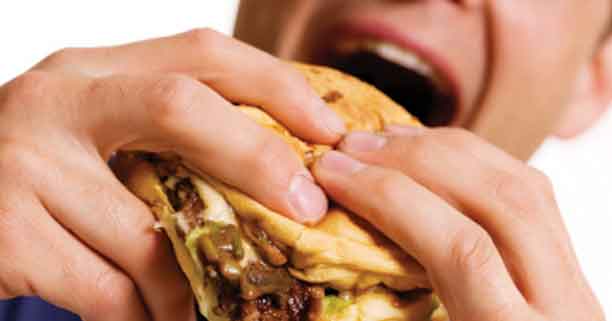 It is not. Period. Of all human myths through the millennia, this one’s proven to be one of the most durable. It may lack truth, but certainly not popularity!

#6 In the cold, most of your body heat escapes from your head

Wonder where they got this one from! Putting on a skull cap and parading around shirtless is probably not going to keep you warm. Earlier claims that nearly half your body heat is lost through the head has been refuted by the British Medical Journal which suggested that a person loses heat proportional to the amount of skin that ‘s showing.

Didn’t see this one coming, did you? Indeed, it does look like a tree, what with its trunk-like base and large flappy leaves. The banana ‘plant’ is, however, a gigantic herb belonging to the genus Musa. The ‘stem’ is just the bases of the huge leaf stalks.

You have more ways of perceiving things around you than Cole Sear, the little boy from your favourite horror movie who had (gasp) SIX senses! Apart from taste, touch, smell, hearing and sight – the five most popular senses – humans also have proprioception (how our bodies are positioned), nociception (sense of pain), balance, body temperature, acceleration and the passage of time, among others.

Colds are caused by a cold virus, not cold weather. Some 200 viral types are associated with a cold. You can be standing naked in the North Pole in the dead of winter, and you will not catch a cold if there is no cold virus present. That said, many cold viruses do thrive in cold or wet weather, and scientific evidence suggests that being cold lowers your defences and makes you more susceptible to a cold virus.

#10  Oranges are orange when ripe

The next time you head into the market and return with sunny oranges and a smug look, remember that their colour doesn’t determine their readiness to be eaten. In the tropics, most varieties of oranges will stay green when ripe. Growing them in cooler climates may turn them orange, but often consumers buy their fruit gassed with ethylene, washed with detergent, coated with wax or even dyed so they bear the ideal colour.