What makes this most Indian of festivals so special in Goa?

What makes this most Indian of festivals so special in Goa?

Like many things in our beloved India, price Diwali is not without its share of tradition-laden tongue twisters. In North India, advice Diwali is divided into two parts,healing the Greater or Badi Diwali and the Lesser or Choti Diwali. The fact that the stringing of lights, pollution by crackers and exchanging of very, very sweet sweets starts and ends a fortnight on either side of the two days is just part of life to us Indians.

Our Diwali stretches over three or four days. Three or four because sometimes, by the Hindu calendar, the days overlap. Hard to explain this in a short article, but it’s got something to do with moon-set and moon-rise, not the sun’s journey.

The first day is Dhan-a-trayo-dashi. The thirteenth day of the waning moon, dedicated to the worship of wealth. Uh, spending, actually, for that’s when one’s supposed to buy jewellery, clothes, utensils for the kitchen and maybe a sari or five.

The second day, Narak-chatur-dashi, as the name suggests, celebrates Krishna’s getting rid of the evil Narakasur. All other states burn the Ravana. Why Goa chose Mr N I don’t know. Last year, whilst driving around on this night, we found a Narakasur effigy dressed up with the previous Christmas’ Santa Clause’s clothes. Talk about Goa’s sense of humour and recycling!   I don’t know whether my ancestors in Palolem ever built and burned a big Narakasur. Perhaps on a small scale. This mass-appealing tradition seems to be a couple of decades old. Not sure.

My Mumbai childhood had its own brand of Goan-Diwali memories. Get up pre-dawn, have an oil-bath, get scrubbed with hot water and a scented paste of utnna, wear crisp new clothes, stand in line with siblings to stomp on a fruit called karate and lick a drop of its horribly bitter juice (to ward off illness), watch mother make a curvy rangoli design around a lit lamp, and eat the goodies she’d slogged over the week before. (By the way, an oil-bath isn’t about soaking in a tubful of the slimy liquid. We got massaged with a bowlful of warmed oil, head to toe. Messy, but fun, and meant to supply the skin with anti-drying pre-winter nutrients.) 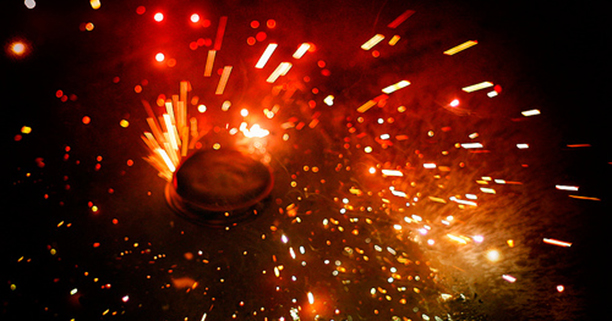 All cleaned and spruced up, we children were despatched to the neighbours’, carrying platefuls of ladoos, chaklis, neuryos and other eats mentioned elsewhere in this issue of Goa Streets. The neighbours did the same by us. Result: in adulthood I’m still trying to work off that accumulated adipose.

The hanging kandils and the Chinese-made fairy-light strings draped over balconies and windows, have nudged away the clay oil-and-wick lamps that gave Diwali its name: Festival of Lights.  Whether this tradition began with Rama’s victorious return to Ayodhya or some other reason, fact is, it’s a very pretty, vibrant and unusual festival. God plays a role, but social factors outweigh those. Sending gifts to associates, family, someone you want a favour from… these are important. Requesting Goddess Laxmi to please increase the profit/bonus is important, too.

One sweet ritual is the worship of one’s working tools, writing equipment, machines, bulls, cars, musical instruments, whatever one’s profession/occupation uses. This is done on Padva, the main Diwali day. Another sweet ritual done on the same day is… husbands have to give their wives gifts. After she has thrice waved around his face a plate with rice, kumkum, a coconut, some sweets and a light in it. Our ancients were wise. The women always received. The men gave. Where did we go wrong? 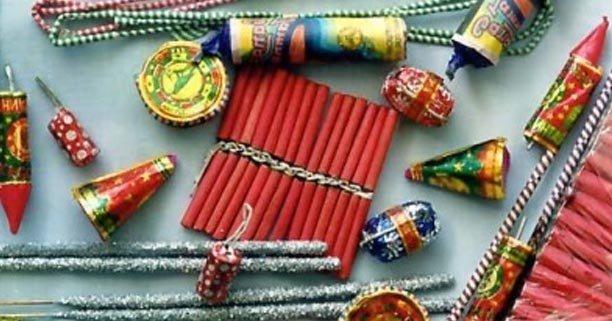 The main day, the Padva, falls on a new moon night. In the blackness the lights shine. And the fireworks light up the sky. And the animals and asthmatics tremble.

A day and a half later is Bhau-beej, also called Bhaiyya-dooj in North India. Thanks to Bollywood, there is a saccharine emotional involvement that surrounds this day. In my childhood, our boy-cousins’ mothers invited us over, or we invited them, we ‘did the needful’ by putting vermillion powder on their heads, tossing grains of rice into their hair, feeding them morsels of home-made sweets, waving the inevitable lighted lamp around their faces and chuckling when we got an envelope (with cash, naturally) in return. It was good to be at the receiving end at Diwali. 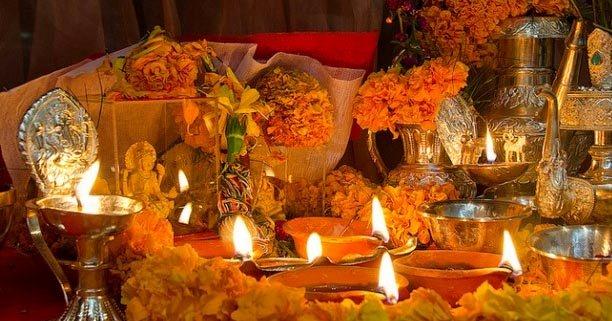 Whilst the rest of India reluctantly resumes work the day after, we Goans carry on partying for another twenty days. Our main celebration comes by in the form of a wedding: of the Tulsi plant with the sugar-cane stalk. Known as Tulsi Lagna, this is the day Goans again wear their silks and shimmering kurtas, eat rich and scrumptious moonga-shaak ­and mangaanne and burn the last lot of phataakas.

Harvest is over, re-planting done, it’s time to enjoy the bounty. The tourists have arrived and it’s time to ready-up for Christmas. No rest, no rest at all. It’s party-party all the way. 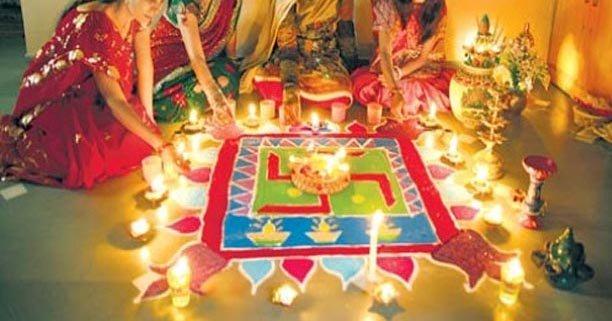