Unlike Saudi Arabia and North Korea, India Has A Glorious Tradition of Successful Agitation

Unlike Saudi Arabia and North Korea, stomach India Has A Glorious Tradition of Successful Agitation

An email pops up in your Inbox, saying the whales of Timbuktu are in great danger of extinction. You can join the mass protest at so-and-so website by signing the petition to ban whaling. Oh, how terrible, you think, and sign the petition right way. And then you lean back, feeling a slight flush of pride at having done your bit to save the world. A few days later there’s some more petitions shared on Facebook, so you sign them too. Just a click of the mouse button, and you can lean back again, proud of your activism.

But have you really done anything real and effective? Or are you indulging in slactivism?  Aye, that’s actually a word in the Oxford dictionary, of early 21st century origin, from a blend of slacker and activism. Slactivism means “Actions performed via the Internet in support of a political or social cause but regarded as requiring little time or involvement, e.g. signing an online petition or joining a campaign group on a social media website”.

Wikipedia defines slacktivism as “…the act of showing support for a cause but only truly being beneficial to the egos of people participating in this so-called activism. The acts tend to require minimal personal effort from the slacktivist. The underlying assumption being promoted by the term is that these low-cost efforts substitute for more substantive actions rather than supplementing them, although this assumption has not been borne out by research.” Another term, ‘clictivism’, also has a similar meaning.

Even if the petition website ‘Change.org’ claims that so-and-so was saved from execution, and some offensive ad was removed, and someone else was released from prison, how sure are we that signing those petitions really had an impact on the action taken? Are armchair slactivism and clictivism just an ego-pampering feel-good waste of time?

In the last fortnight, scores of Indian writers returned their awards to the Sahitya Akademi, protesting the silence of India’s top cultural institution on the murder of MM Kalburgi, an award winning rationalist and writer. The writers’ protests were also aimed at the violent incidents that have recently occurred around the country, indicative of a spreading intolerance. These award-returning protests also provoked counter-charges and some mockery from rightwing supporters.

But the question is: What impact do these protests really have? The writers’ ire was targeted at the Sahitya Akademi leadership, while the central government which is responsible for security in the country watched from the wings. It seems to be a herculean as well as nebulous task to protest against and to cut down religious and cultural intolerance in such a large and populous country, where such incidents are now popping up frequently as can be seen in the daily news.

Do protests work? A candlelight vigil is a protest. So is a nationwide strike. Mahatma Gandhi’s non-violent satyagraha was also a massive protest. When goals are clearcut and tangible, protests do work. In Goa, in the 1970s the PSU (Progressive Students Union) carried out violent protests demanding a reduction in student bus fares. They achieved that goal. In 1986 a bloody agitation demanding that Konkani be declared the official state language of Goa halted only when the Goa, Daman and Diu Official Language bill was presented to the legislative assembly. The protest resisting the Thapar – DuPont Nylon 6-6 plant being set up in Keri claimed the life of young activist Nilesh Naik, but succeeded in its aim. Mahatma Gandhi led protests in India for many years, and eventually drove the British colonial rulers from India.

Though many may pour scorn on ‘slactivists’, there can be no denying that such petitions bring about an awareness of atrocities that we would otherwise be unaware of. Education and awareness can spur outrage, which could well turn a Slactivist into a dynamic warrior.

The Tiananmen Square protests of 1989 were ruthlessly crushed. The so-called Arab Spring produced dubious results. Protests in authoritarian states like Saudi Arabia and North Korea simply don’t stand a chance, at least for now. But India has a glorious tradition of successful protesting. In 1915 Rabindranath Tagore was conferred a knighthood by the British government in India, he renounced it after the gruesome Jallianwala Bagh Massacre in 1919. For any artiste, the returning of an award is a powerful emotional statement, expressing great anguish and solidarity with the aggrieved people.

The spectre of violent intolerance in India may seem to be a nebulous and multi-headed monster that cannot be vanquished. But there is a button that can protest and defeat such an enemy. It’s actually a vertical row of buttons, of which you have to choose one, every five years, at election time. The act of pressing an EVM button to choose an electoral candidate may seem a simple physical act. But this is no slactivism. Years of news reports, discussions, angst-filled thinking and finally a righteous decision lie behind that click of a button. This is no clictivism. It is Protest, with a capital P, and it can humble the most gigantic politician, his party and his propaganda, and banish them to obscurity. In India, all those signed petitions, writers’ protests, candlelit marches and courted arrests and bloodied heads invariably conclude in that single finale, that simple button of protest.

José Lourenço is a Goa-based civil engineer, author, educator and historian. He writes short fiction in Konkani and English, and is the author of The Parish Churches of Goa—a study of facade architecture. He is also Contributing Editor for Goa Streets. 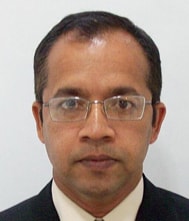