Infectious optimism has gripped the football crazy state of Goa as FC Goa are battle ready and the ‘Gaurs’ (as they are fondly called) are raring to go in the second edition of the India Super League, hoping to decimate opponents.

FC Goa had a decent pre season in Dubai, with the team looking quite good with Coach Zico weaving his magic by adding Brazilian flavor to the FC Goa team.

However, as who and where teams play in preseason is almost irrelevant, FC Goa faithful want the samba magic to continue as it’s show time now and the countdown to kick off has begun. FC Goa has managed to achieve its pre season goals of fitness and unity, and the Gaurs have sharpened their horns and are ready to strike.

The Gaurs had an abysmal start in the inaugural edition of the ISL as Zico chopped and changed his line ups to get the perfect combo from a pool of players made available to him by the team management.

According to sources in FC Goa, the Brazilian treinador Zico was very unhappy with his team and the coaching staff last season. He had also criticized some of the players and kept the likes of Robert Pires on the bench. He also got rid of Arthur Papas, after which the team really turned it on in the latter half of the season. This season, however, Zico got involved in the team selection right from the start and managed to get his wish list fulfilled by the owners.

“Last year I did not know the players, so the team struggled in the beginning. This year we will be better because I got to choose the Indian players and the foreigners. We’ve also had a very good pre season and the team is looking in great shape,” said Zico

This season FC Goa has got in some Brazilian jogadors through former Dempo FC star Beto’s sports management agency Get Pro.

Their marquee signing Lucimar Ferreira da Silva, Lucio, was a masterstroke by Zico as he will provide the much needed stability at the back and his partnership with Gregory Arnolin could be a striker’s nightmare. Even the best attack in the league will struggle to find a way past this impassable duo.

However, Lucio doesn’t want any complacency in the team. He wants everyone to rise to the occasion and do their bit to win the title for FC Goa.

“We have a great set of players and it is always good to have competition amongst your teammates to get into the playing eleven. It won’t be just the Brazilians or foreigners that will help the team to deliver but equal efforts from every other player is required to make sure FC Goa lifts the ISL trophy this season,” said Lucio.

Apart from Lucio, FC Goa has made some interesting signings this season. They have a great strike force in Reinaldo, Duffy, and Haokip who will be feeding off creative masterminds like Leo Moura, Jofre and Romeo. With reinforcements in the back, midfield and forward line, the fans have a season to really look forward to. 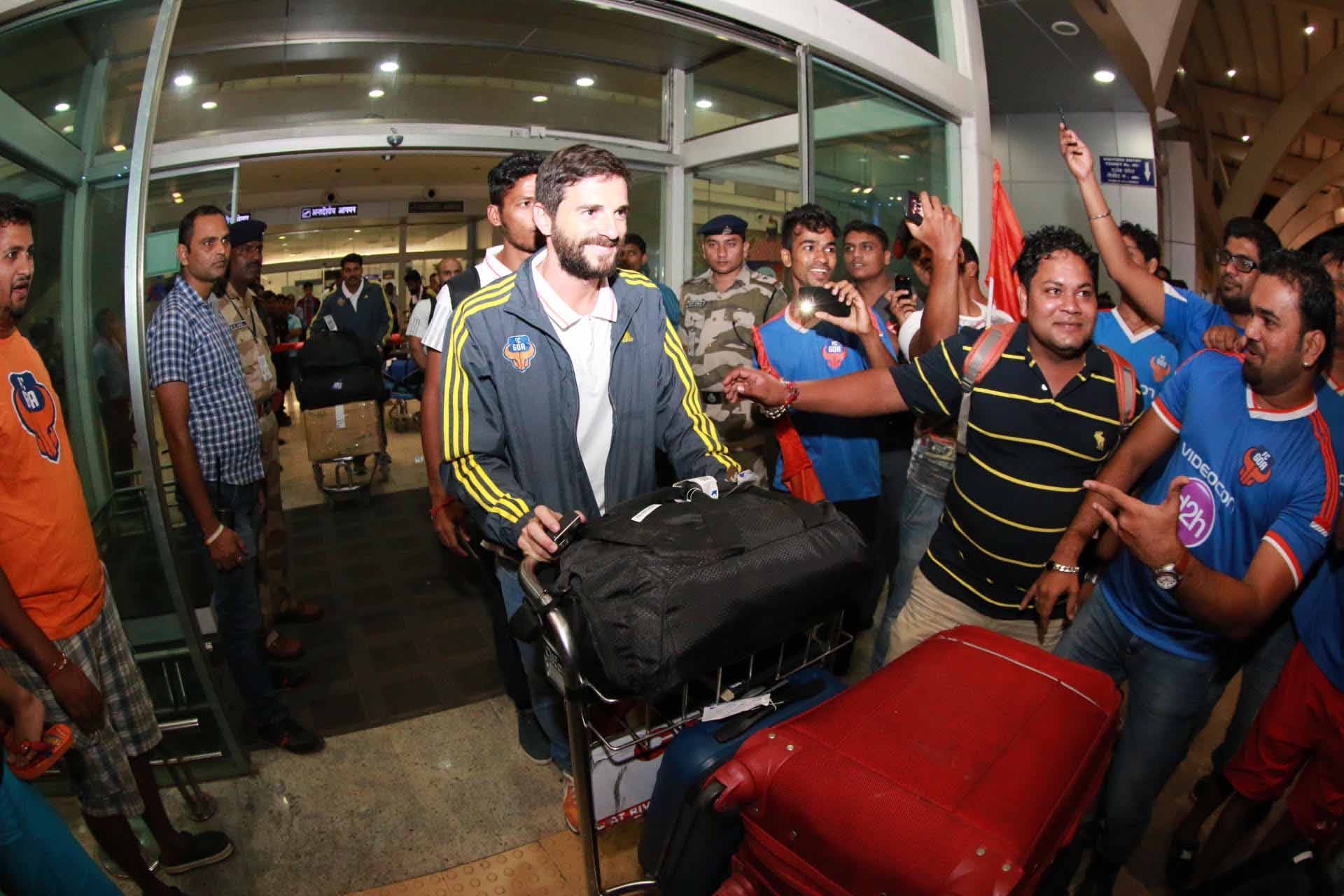 FC Goa marketing activities are also in full swing after the successful first season, with the FC Goa brand reaching a whole new level. The team was welcomed by a horde of adoring fans well past midnight in Goa, and there has been some crazy fan following at the training venues as well.

More importantly, the team owners now have a long-term vision for the club and want to take it to even greater heights. The owners have backed Zico with both staff and player selection. And FC Goa fans have responded by giving their unconditional love and support to the club.

Shrinivas Dempo, Co owner FC Goa said, “We are very thrilled that the people of Goa have taken FC Goa as their team and we want the fan build up to continue. The popularity of the team is judged by how much the people of Goa love the club and I think we can further increase this bar.”

“Winning or losing doesn’t really matter. However victory would be an icing on the cake because the finals are in Goa. If the team performs well and reaches the final I think the trophy would be ours as we have a very strong team,” added an optimistic Dempo.

The match day entertainment is also an integral part and this season FC Goa has gone all out to make sure there is an electrifying atmosphere in the stadium.

Varun Carvalho, Singer & Composer of the FC Goa anthem and his entertainment team are all set to make the environment as hostile as possible for the opposing teams!

“Forca Goa chant really caught on last season with more than 20,000 fans chanting Forca Goa in unison but this season we’ve taken it a step further and created the Dii Tekha Forca Goa official anthem, which will surely strike a chord with all Goans,” said Varun Carvalho. 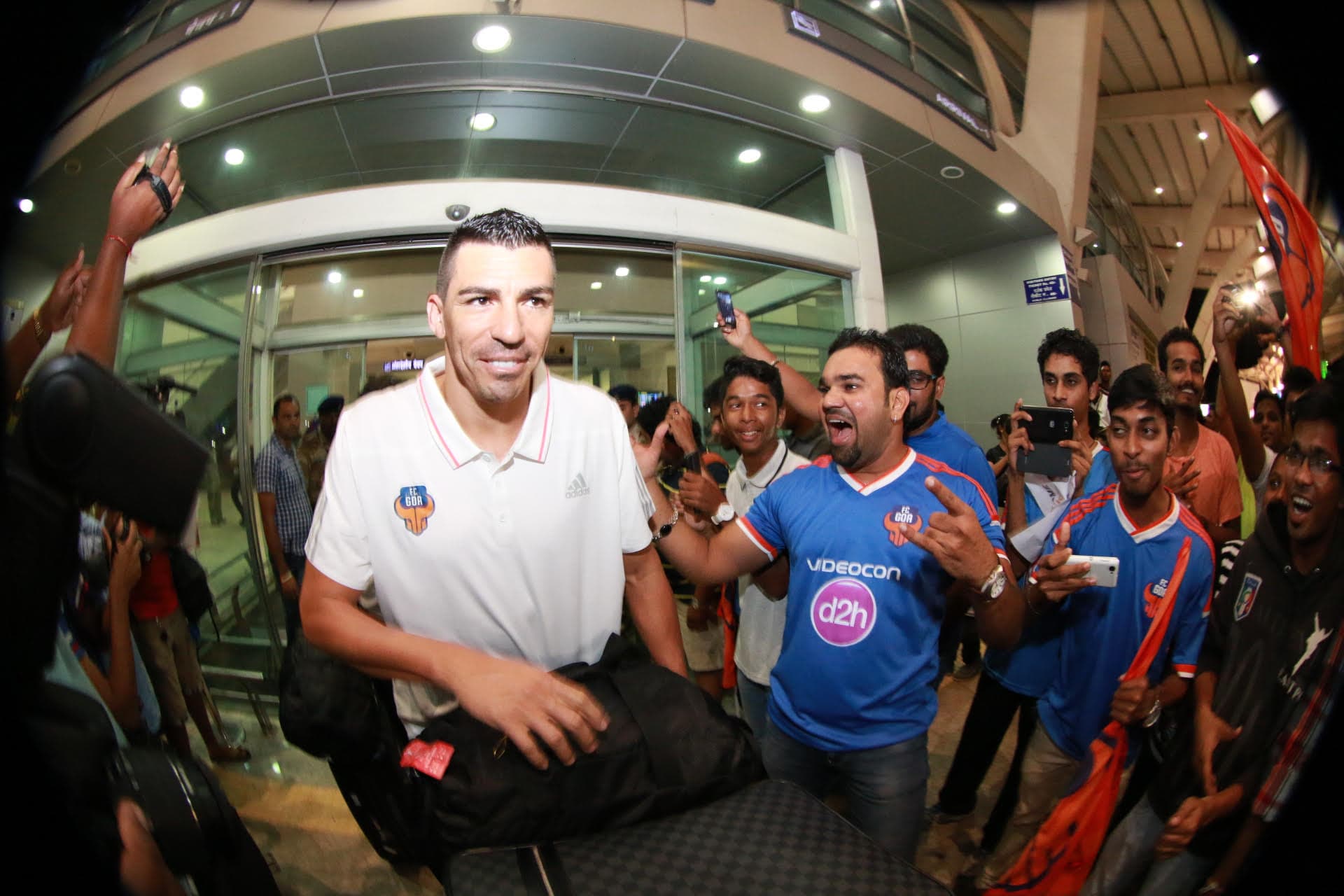 The entertainment team at the stadium will comprise of musicians, drummers, trumpeters, RJs and DJs intent on keeping the mood upbeat at all times.

“We will have drummers and trumpeters in all the stands connecting with the fans via music. The idea is to engage with all the fans and make sure they get involved vocally to support their team from the stands,” added Varun.

Even the hike in ticket prices has not deterred the fans and tickets for the first match against Delhi Dynamos on October 4 were sold out in no time.

Naeem Headan, better known as Lil Naeem, from Margao is a diehard FC Goa fan and is all geared up for the ISL. “We have a great team and I really do believe FC Goa can win it this time. Last year it was heartbreak for all Goan fans but this season will surely be ours,” said Lil.