In conversation with Nikhil Chopra about his performances, his take on gender and sexuality within social structures as well as his own sculpted reality

Growing up is never easy, especially when you are a teenager. It is just about the time when we begin to explore our bodies and define our sense of behavior, fashion and identity based on how we respond to primal emotions and developing hormones. But this gets very tricky. There is a predominant underlying issue of social conditioning that is embossed in our society. Girls are expected to wear pretty dresses and lipstick and to be coy, while the boys tuck in their shirts and get ready to woo the girls, prepare to become husbands and fathers who will eventually provide for the family. It is generally assumed that differences of skin color, financial positions or religious inclinations are factors that define peoples’ lives. But things can get tricky. What if I am a Hindu girl who does not want to marry, wants to be financially independent and have many men as lovers? Trickier yet… What if I prefer women? Herein arises a dilemma, and questions of how this choice will be socially accepted, because in many cases, (especially in India, where social status often trumps basic humanity), the individuals require copious amounts of strength and dignity to fight the trauma of rejection, exile and humiliation. Sexual orientation or gendered sexuality is not only private, but also something we’re born with. Yet the structure and functioning of human society is often at odds with the most basic realities of primal existence, creating anxiety and hardship.

I decided to drive over to the Heritage Hotel Artist Spaces in Siolim to speak to one of the Founders, Nikhil Chopra, who is also an international performance artist. His work engages with the issues of identity, self-portraiture, and the transformation of material and space. His past performances have blurred the boundaries of socially created outlines of men and women and how they should behave and perform based on accepted norms. Nikhil’s performances are confrontational, where he often loses the sense of self and his identity as ‘male’, and engages on a more mercurial character between masculine, feminine and androgynous. It is a rare experience for an audience to observe his performance, which is slow and long drawn in real time. He re-creates characters based on socially constructed stereotypes and in the duration of the performance, and gradually destroys the very stereotype, exposing the very private aspect of the character, a persona that would emerge only within closed doors. This leaves the audience discombobulated and pained, and enables them to empathize with the character and question the very fabric of society.

The infrastructure of ‘The Heritage’ consists of artists from different disciplines living and making work in the space. As Nikhil and I sat on the dining table discussing this topic, the other artists accompanied us, smoking cigarettes and drinking Port Wine with ice, listening and contributing to the conversation. 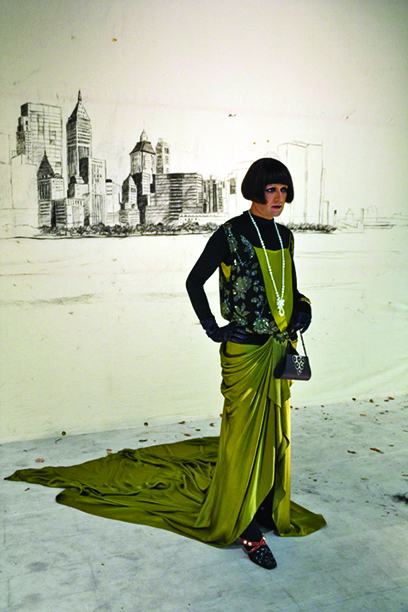 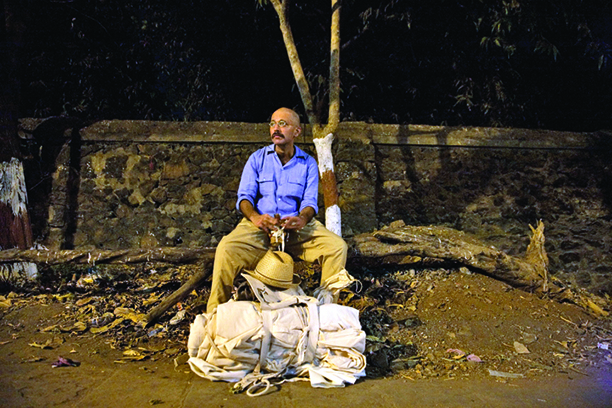 Here’s a sampling of Nikhil’s reflections.

Gender is very different from sexuality and the physicality of a person. The latter is something you are born naturally with, but gender is sculpted through interactions with the world and the influences it has on the make-up of your identity. It is performed, based on the choices that you make. Because gender is culturally created, it also signifies where a person is from. The role of a man or woman is in an urban setting varies from that in a rural village. Metropolitan cities have a heightened level of self-awareness due to the exposure they have to offer, whereas in a village the roles are defined in more rigid ways. However, in most cases, the roles are automatically imposed on a newborn as a ‘he’ or ‘she’, and the family is already making choices for them based on these genetics, as ‘blue for boys and pink for girls’.

I think it is important to question this, especially in the current scenario, where media and social networks are such powerful resources for individual voices to be heard, and when self-identity and actualization play an important role. For creative people living in a liberal world, free expression is a way of life, and our work depends on how we use this freedom to corroborate our practice. In terms of the larger discourse around gender and sexuality, it’s not really about cities like Bombay or a particular neighborhood. There is always a space and a platform for one’s desire to have a discussion and an exchange about it, you can. A boy from a small village in India is able to have a virtual discussion about his sexual preferences online, or even read about what’s happening in another part of the world. This subject is no longer out of reach.

If gender is chosen and performed, then it is being communicated, and at the same time, received. When you look the way someone presents himself or herself, you are already making assumptions of their socio-cultural background and their identity, based on judgments, stereotypes and even your own experiences. When I am performing, I am aware that everything in my body is being projected, and all the stereotypes and ethnocentric codes are translated through my actions. In my performances, I am creating and sculpting my own reality and allowing myself to be ambiguous and fluid about who I am. This can swing either way with respect to gender. I can be male, female or none of the above. The transition of these roles I perform is as improvised as it is researched. If I am wearing a wig or nail polish and heels, I am very aware of it and even enjoy it. I enable myself to step out of my everyday life and travel into the world of another person, who is a figment of my imagination or derived from an existing social background. 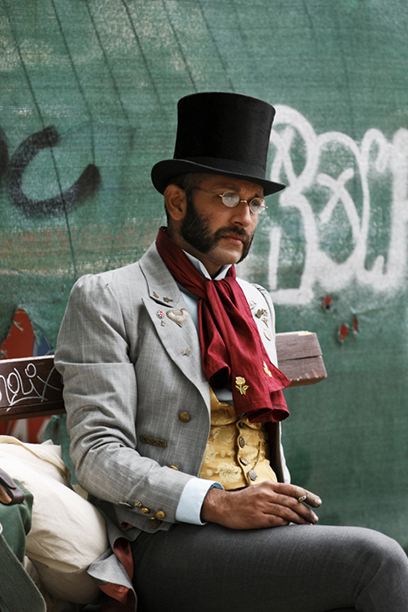 Nikhil Chopra in one of his performance attires

The pressure of gender categories in society makes it difficult for us to live our lives in a ‘non-gendered’ way. However, in recent years, there has been an augmented awareness in the non-traditional practices of the meaning of male and female within social structures, highlighting newer categories, which were originally serious taboos. Living is all about change and acceptance, creativity and intelligence. Without these, life would be completely lifeless.