Will stir your soup Perhaps the most interesting thing about the menu of Panjim’s Coros restaurant is the extraordinary range of choice. We’re not talking about numbers here, advice but content. Happily the menu has a beginning and an end and not too many pages in between. It is finite. But for a moment imagine… END_OF_DOCUMENT_TOKEN_TO_BE_REPLACED

Will stir your soup

Perhaps the most interesting thing about the menu of Panjim’s Coros restaurant is the extraordinary range of choice. We’re not talking about numbers here, advice but content. Happily the menu has a beginning and an end and not too many pages in between. It is finite. But for a moment imagine the moods, order the cravings, advice it caters to. Shark ambotik shares space on this menu with traditional Spanish paella and penne carbonara from Italy. If you don’t happen to be hankering for Coros Famous Babycorn with almonds and asparagus in mild mustard sauce, maybe instead you’d go for the chicken biryani or the paneer tikka masala. 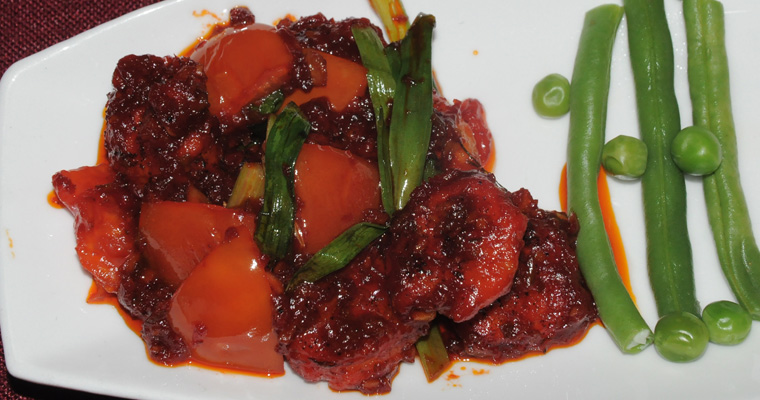 OK, you might think, what is so unusual about a Goan restaurant offering Indian, Goan and Western dishes all at the same time? The answer is that unlike the majority of the ubiquitous multi-cuisine joints overpopulating the local culinary scene, Coros makes its choices with considerable care, as if every dish were somehow infused with a soul of its own. All this takes place in a restaurant with a minimalist but wholly inviting décor.

The Indian and Goan delicacies, such as the Chicken Sukhem or the Pork Vindaloo, most certainly hold their own, even it’s quite possible to find better places around the state for these particular offerings. But it’s the Western delicacies that we believe sets this place apart from the pack. 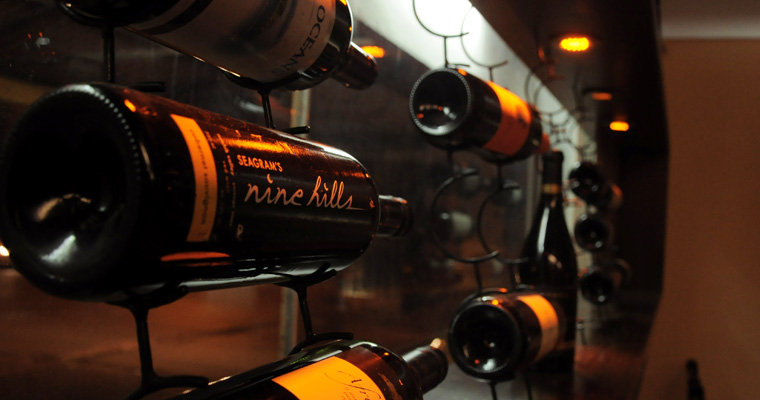 The wine rack at Coros adds to the ambience

Anyone who’s travelled to the West and spent time in Asian restaurants there knows that they often serve a far blander variety of cuisine than what you get in Asia. That’s because Western food is blander than Asian food, and the owners of Asian restaurants in the West often feel the need to Westernize their food in order to appease the local palate. Interestingly, the reverse often happens in the East. Owners of restaurants with Western offerings often feel the need to Asian-ize the food, spicing it up to appease the local palate HERE.

Now even within this context of spiced-up Western offerings, Coros takes things a step further. On a recent afternoon, we took one bite of the Steak Bordelaise, tenderloin medallions in red-wine sauce, and pretty much had to pinch ourselves to prove it was not a dream. This is about as good as food on this earth gets! And this, along with other dishes such as the Seafood Thermidor, the Stroganoff and the Coros Famous Stuffed Crab, helps explain why Coros has gained a reputation as something of a “foodie” haven in Panjim.

So come here for the steak and the lasagne and the whole fish. That’s the real draw. That’s not to say the Goan Smoked Chorizo and Pao and the Prawn Balchao won’t stir your soup as well. 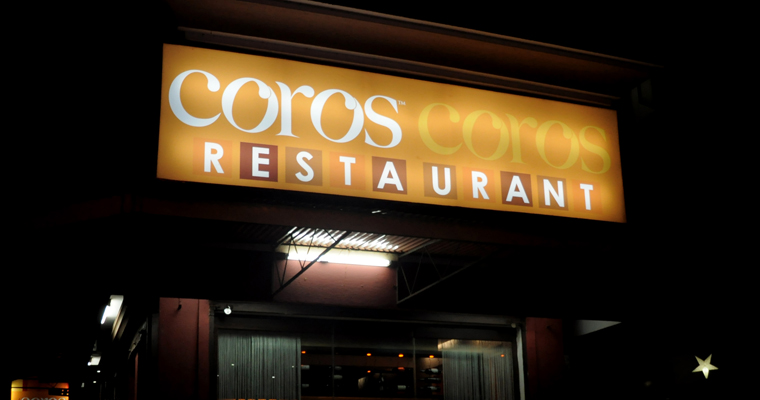 Price: Reasonable for its category. Expect to pay around Rs 1,500 for a complete meal for two without alcohol.

The Big Draw: The Western offerings, especially the Steak Bordelaise 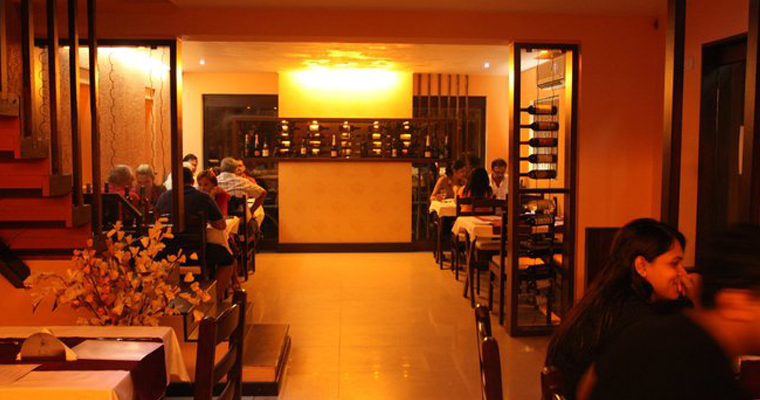