Goa Marriott Resort & Spa hosted a tremendously delightful traditionalChristmas Cake Mixing Ceremony on Saturday, 17th October, at 1 pm, at the poolside patio. The invitees gamely donned aprons, gloves and caps, and armed themselves with bottles of liquor, ready to tackle the colourful mounds of dry fruits, nuts and spices. The special invitees this year were none other than the FC Goa golden boys, including Lucio, Gregory Arnolin and JofreMateu!

Executive Chef Anupam Gulati briefly addressed the invitees and announced the commencement of the ceremony. Being a long-awaited celebration of an age-old tradition, the spirited Marriott chefs,led by Executive Chef Anupam Gulati and Asst. Pastry Chef Samantha, were gleefully joined by the FC Goa team members, guests, friends and media representatives in generously mixing the rich and vibrant ingredients, resulting in nothing short of a spectacular cake mixing event. The Marriott Associates were excited to be hosting this fun-filled holiday activity, heralding the onset of the new season.

Both the young and the old enthusiastically participated in the traditional cake mixing, in eager anticipation of the coming festive season. 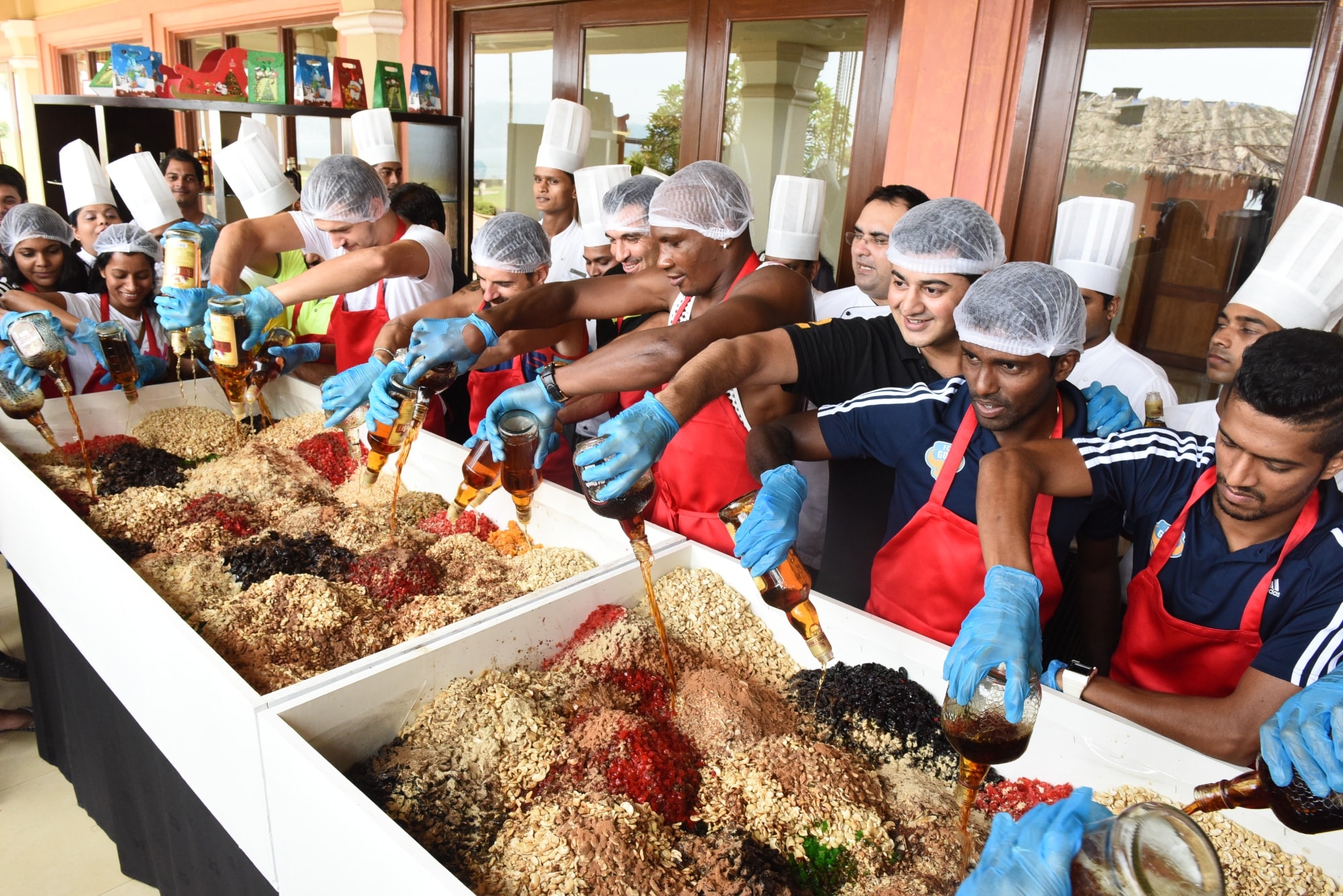 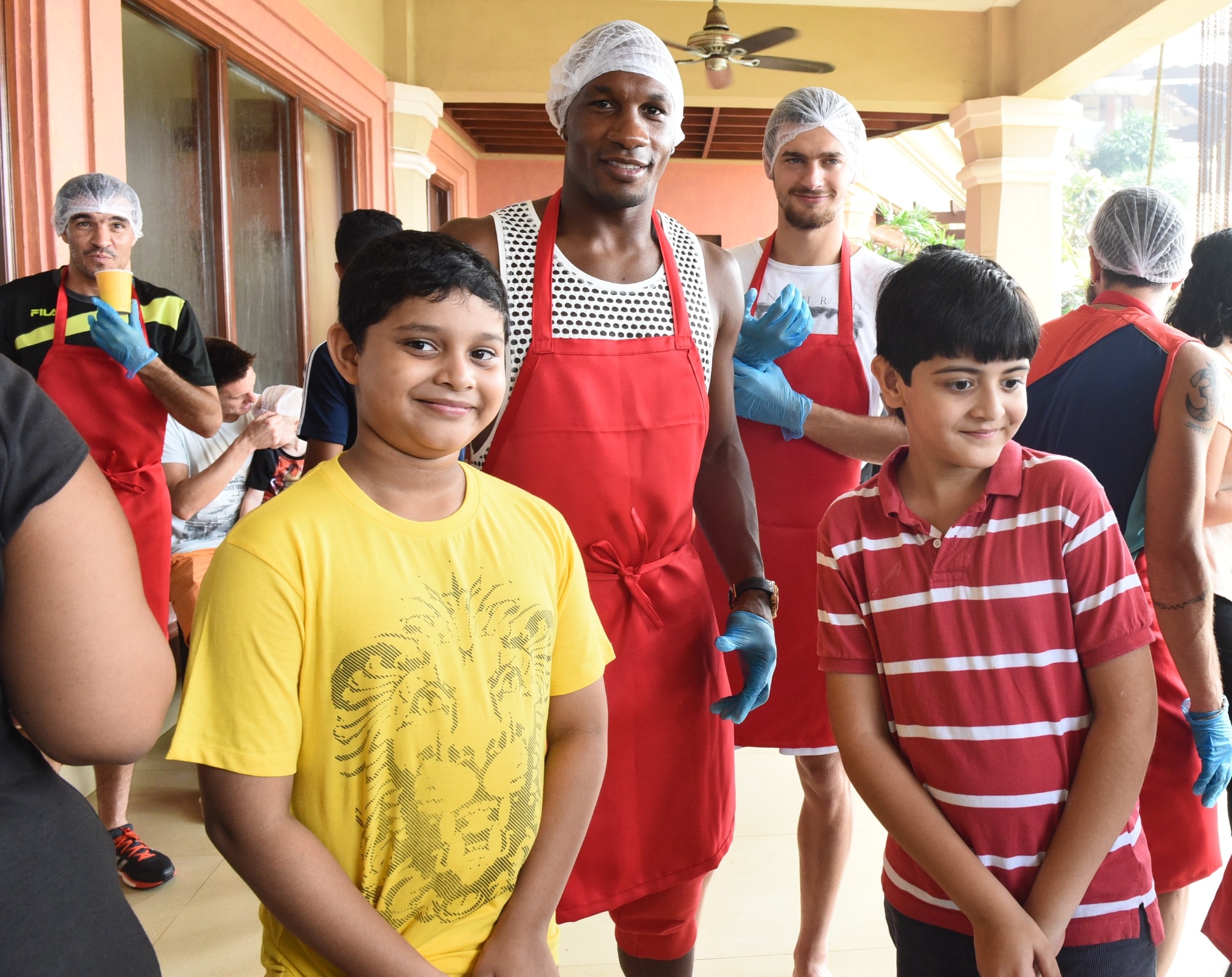 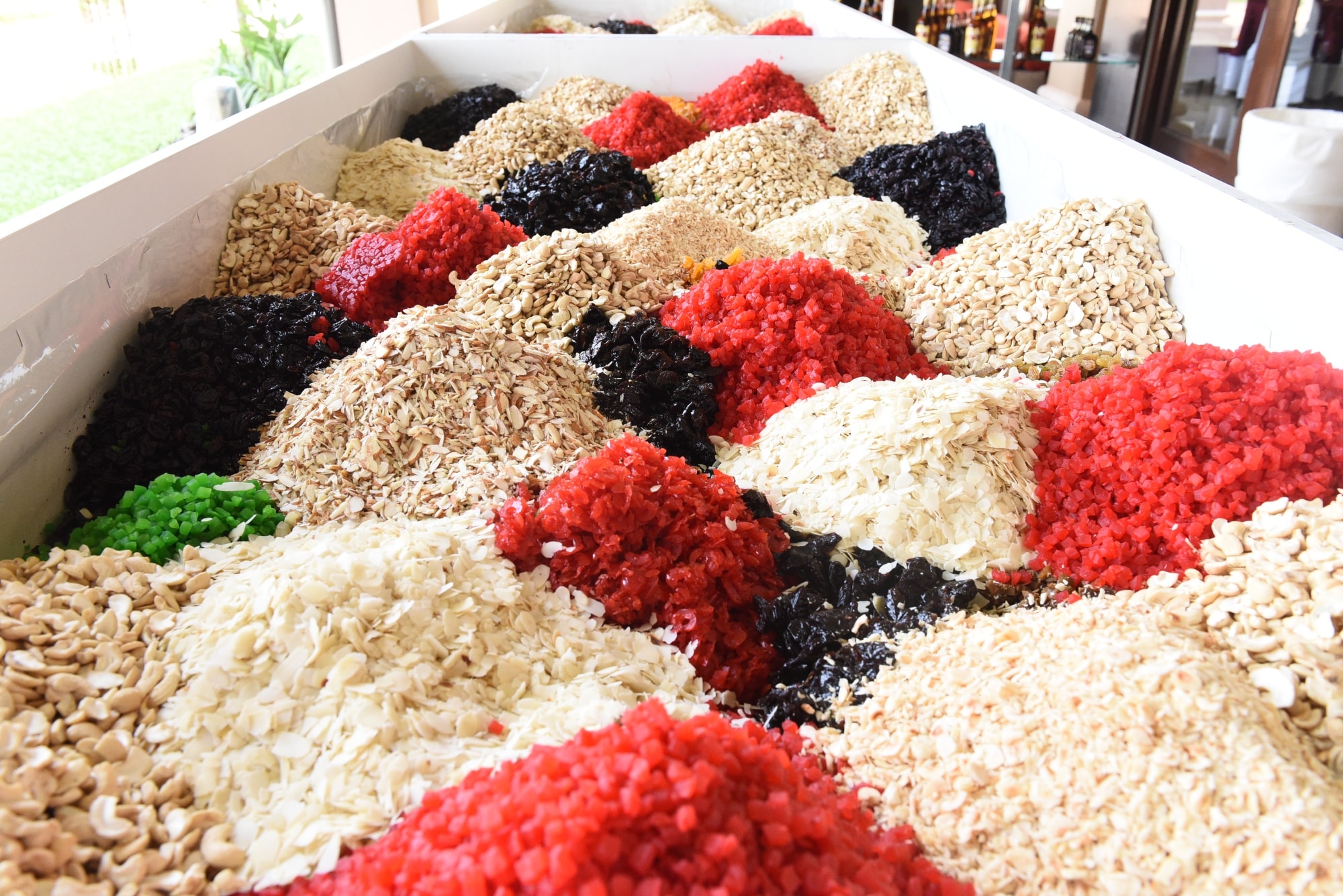