Coming to India for the first time – a Bellydance Extravanganza evening with scintillating, glamorous, spectacular never-seen-before performances by leading, celebrity bellydancers flown in from around the World and India.

Come prepared to be enchanted by the novel, exotic, award-winning performances showcasing the best of traditional bellydance and unique fusions.

You will be mesmerized and whisked away into the ancient lands of pharaohs and queens and sometimes tossed over to the fantasy world of vampires and witches and be brought to the safety of the classic and traditional.

Support this movement of Women Empowerment through dance.

Be prepared to be bewitched!

The celebrity dancers include

This is a more informal bellydance party evening which will also showcase spectacular performances by International and Indian bellydancers and varied styles of bellydance from traditional Middle Eastern to New Age and edgy!

The audience is welcome to join in, move their hips, dance and feel the joy this dance form brings!

The second edition of the Bwitchs International Bellydance Fusion Festival is more ambitious than its previous edition last year, which took place in Mumbai. This year from March 11-14, it will take place at Nazri Resort and Tito’s Courtyard in Baga. Some of the finest teachers who are masters of bellydance and Fusion Bellydance from all over India and around the globe will be attending such as Nadia Nikishenko (Russia), Colleena Shakti (USA), Nika Mlakar (Slovenia), Natalie Nazario (Puerto Rico), Sedona Soulfire (USA), Meher Malik, Leena Viie, Payal Gupta, Bindu Bolar, Deepthi Shetty and Essa Duhaime (India).

The festival will include workshops during the day at Nazri Resort and gala performances in the evening on Friday and Saturday at Tito’s. It is held around the time of International Women’s Day and has an empowerment theme. A panel discussion will explore that issue, and a Flash Mob will include women with difficult life circumstances – acid victims, street children and HIV patients.

The original edition of the Bwitchs festival, in March 2015 in Bombay, was the first of its kind – an International Bellydance Fusion Festival that married art and activism. The event was slated for International Women’s Day, teaching bellydance against a backdrop of conversations and activities around feminism, trust, and power dynamics. 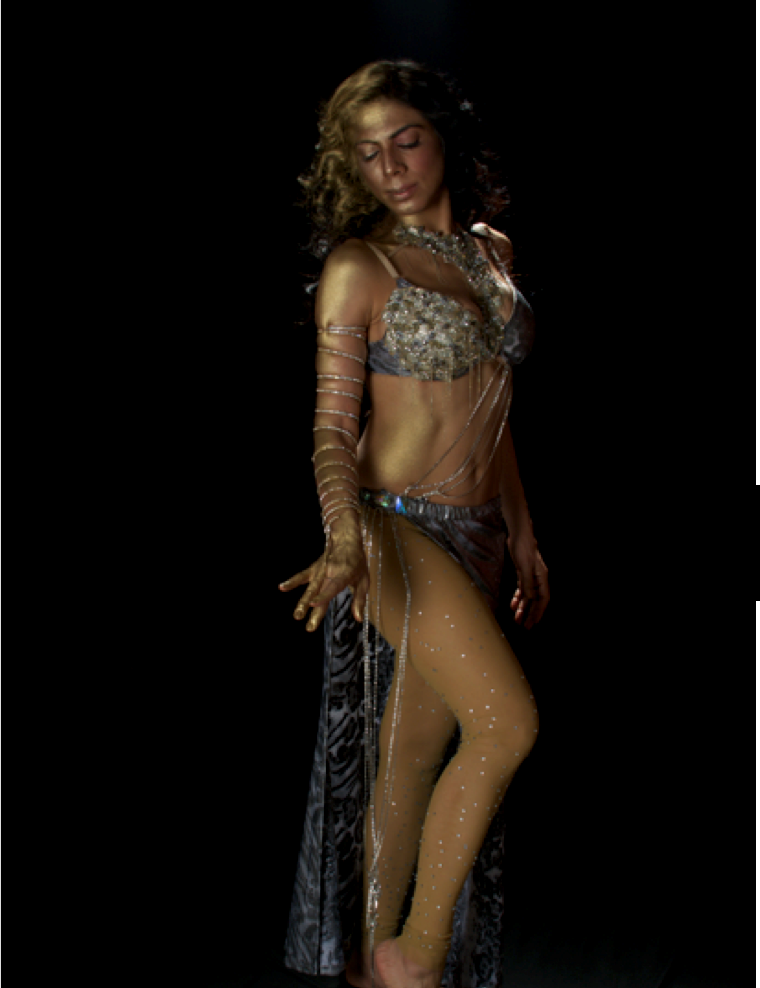 Leena Viie, the organizer of the festival, was inspired to activism when she participated in anti-rape protests on December 23, 2012.

“I was restless sitting and watching the horrid protest news on TV. I decided to go out and join the protests on Sunday. It was an unforgettable incident. The police, so-called ‘legitimate care-takers’ of our society, used tear gas, lathis and cold water while chasing us down and hurling abuses. Drenched with water and shivering cold, I was forced to run for my life over roads strewn with pipes and material from construction nearby, jump overgrown thorny bushes and over wet slippery grounds. I fell three times over in the stampede and at one point, I almost wanted to give up running. I thought if this is this the price I pay for voicing what I feel as a woman in this country then something is wrong in our standards. I didn’t dare return to the protests the next day because I was simply afraid of being seriously injured. But I didn’t want my voice to be quiet as they intended. I know changing perceptions isn’t easy but we need to have awareness of the patriarchal conditioning that limits us and consciously work towards building a society where we can feel good in the body, feel what it feels like to walk freely on the streets, sexual, un-intimidated, un-harassed, unafraid. This is the world we women deserve.”

Hence she came up with the name Bwitchs. Bewitch means to enchant, which bellydancers naturally do. They cast a spell on anyone who watches, as this indeed is a powerful feminine dance form. Bwitch is also rooted in the word ‘witch’, which is highly misunderstood. Witch actually means wise woman. Our gut, our womb, our belly is a powerful seat from which arises this natural wisdom, perception, intuition. Women gifted with it were shunned since it made them more powerful.

The Bellydance community is a vulnerable one. The form still carries a tainted image and perceptions such as ‘dancers are immoral’, ‘bellydance is for men’s titillation’, etc.  Hence it’s imperative that women find their own voices and clear some of these myths. What is this really about? Allowing women to express themselves fully, to live without fear and violence, and to enjoy the freedom to live life on their own terms.

“We shall use varied mediums like the Flash Mob and YouTube clips to channel our message. Dancing allows us to tap into a revolutionary and poetic energy which takes the lid off the patriarchal container, releasing more of our wisdom, our self love, our sexuality, our compassion and fierceness,” Leena explains.