The Seussfication Of A Midsummer Night’s Dream

Peter Bloedel, a ‘guitar-picking, pill chainsaw juggling’ professor of theatre at Bethany Lutheran College in Mankato, Minnesota, came up with a delightful adaptation of the play where he imagined how Shakespeare’s magical tale might have been told if Dr Seuss (remember him from your childhood?) had gotten his hands on it. And thus was born The Seussification of A Midsummer Night’s Dream; which you will get to see at 8 pm on Sunday, July 21, at the Dinanath Mangeshkar Kala Mandir in Panjim. 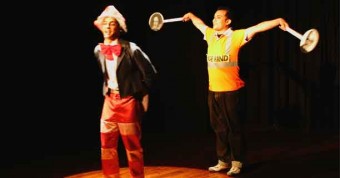 Produced by Bengaluru-based The Tortilla Entertainment Company, The Seussification of A Midsummer Night’s Dream is being brought to Goa by Big Ticket Entertainment. Two madcap narrators chronicle the tale of two pairs of mixed-up lovers as they wander through a forest filled with ‘whoosh bush tush beasts and fairies dueling with bumballoon swords.’ The entire play is performed in rhyming couplets and has some nonsensical verses in trademark Dr Seuss style. It has 17 characters onstage that zip in and out with crazy props and colourful costumes and even shake a leg together! (Sources tell me there might be some Bollywood element involved here.) Featuring well-known theatre names from Bangalore, this is Tortilla’s 13th production.

Judith Roby Bidapa, a legend onstage (and off it), brings her magnetic persona as director to this laugh riot. She describes how it was difficult for her and the actors to not break out into side-splitting laughter during rehearsals. It’s interesting to note that many of the play’s performers are not professional actors but people belonging to the I-T industry. “I know of at least 3 performers who have given up their jobs to pursue theatre full-time now. Tortilla is providing a great platform to young people to hone and nurture their acting talents.” 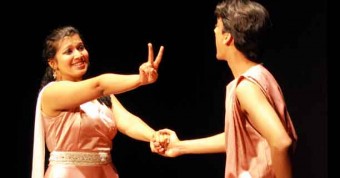 In a country where regional/vernacular theatre is more popular than traditional English theatre, the team of The Seussification of A Midsummer Night’s Dream deserves a pat on its back for selling out in almost all cities it has had performances so far. Here’s hoping Goa’s theatre aficionados enjoy this 80-minute play and are enchanted by its mad rhymes and rhythm, music, fantastical costumes and the folk who wander through the magical woods!

Go find the play as fast as you can!