The Best Teachers Make Classes Exciting And Their Lessons Unforgettable And Know A Thing Or Two About Computers!

The Best Teachers Make Classes Exciting And Their Lessons Unforgettable.

And Know A Thing Or Two About Computers!

The Supreme Court of India pronounced last month “the imparting of education without teachers is absolutely inconceivable, prescription like existence in an atmosphere sans oxygen is unthinkable”.

In other words, capsule teachers are the oxygen of the classroom.

In some ways, this contradicts the recent findings of Dr Sugata Mitra’s ‘Hole in the Wall’ experiments, which shows traditional teachers are actually not required for great learning to happen. Children, left to their own devices and with a computer, are able to tackle some pretty big intellectual and academic questions (I wrote about this in my last column).

However, Dr Mitra did find if he added an adult to the equation, the children got much better results. But not a traditional teacher. Rather an ‘encourager’- someone like a Grandma who offered guidance and positive feedback eg ‘that’s so amazing, show me how you did that…’

This has led Mitra to form the Granny Cloud – a team of e-mediators (many of them actual UK Grandmothers), who Skype with schools as far flung as India, Colombia, Greenland and Cambodia. They read to children, share stories with them, listen to their projects and support them every step of the way.

This approach – to nurture children’s accomplishments – is the direct hard-hitting opposite end of formal teaching as it currently stands. The conservative method is to control, criticise, chastise and belittle students in an attempt to make them perform better. It is a fear-based model.

Neuroscience shows when the reptilian part of our brain is frightened, it shuts down the prefrontal cortex and therefore all parts of the brain responsible for learning. Teachers doling out punishments and threats create anxiety and panic. As Dr Mitra says, “We take our children, we make them shut their brains down, and then we say ‘perform’. We need to shift that balance back from threat, to pleasure”.

So what does pleasurable schooling actually look like? And more significantly, does it actually involve teachers in the classroom ?

According to the runaway success of the Khan Academy, once again, no it does not. This is a free online school created by Salman Khan, an American-born educator of Bengali descent (not the Bollywood actor). He started recording tutorial videos for his cousin on subjects like Maths and Science, which turned into over 6,500 videos posted on You Tube watched 696 million times by nearly 3 million subscribers. It’s no surprise Bill Gates and Google have backed his non-profit enterprise, as well as the Tata Trust who want him to bring his work to India.

His style is lo-fi and simple; you never see his face, just hear his voice and the paper he is working on. At the end of each ‘class’ is an optional test enabling you to measure your progress.

It’s a simple formula but one that uniquely taps into a child’s own learning experience. If you miss something in school, it’s gone. But on Khan’s videos, you can rewind and replay till you get it. Also, studies (and common sense) show that one-on-one tutoring is the most powerful method of teaching there is – just highly impractical in a class of 30 or more children. These videos replicate the dynamic of personalised tutoring and are therefore extremely effective.

There’s only one way to find out if the hype is true; subject it to the most gruelling, brutally honest test I know – getting my 11-year-old daughter to do her Maths homework. Normally this reduces her to a rubble of tears, fears and resentment. So I say to her “if you get stuck, use the Khan Academy” and leave her to it. Two hours later I come back and she has been working on Maths solidly and has moved onto computer programming. She says to me “if Khan Academy was a school, I would start at 6 am everyday”.

There’s no doubt that education, with the aid of technology, is on the brink of massive change – if it is allowed to happen. Will India with its penchant for old-school style learning embrace the new ways, especially when it comes to teaching? This is a question being tackled by the dynamic work of Educational Innovator Dr Dheeraj Mehrotra.

He has tirelessly lectured in 500 ICSE, CBSE and State Board Schools in India over the past 3 years, addressing over 6,000 teachers, at the rate of 20 schools a month. His message to them is clear; in today’s age, you have to be a Rock Star teacher with a WOW classroom (World of Wonder!). Your job is to engage your children, not bore them half to death.

“Most children have learnt how to sleep with their eyes open; they’re on ‘pause’in the classroom”he says. “My job is to wake teachers up, and their classes”.

His prescription is straightforward. Rock Star teachers are street-smart and tech-strong, not just tech-savvy. He encourages today’s teachers to build an online reputation, replete with a website, a blog, a place to publish papers and videos of their content. Their job is to impress the audience and satisfy their boss – that is, the children in their classroom.

“Gone are the days of the ‘sage on the stage’, stick in one hand and chalk in the other,”says Mehrotra. “Teachers are more interested in testing children, not teaching them. This has to change. They have to innovate in the classroom”.

He is teaching teachers that the Google Generation no longer wants to lap up knowledge passively – they want to actively seek it. Along with homework, give them something to think about. Along with books, give them links. Along with assignment papers, upload a video to You Tube. That’s what being a modern-day teacher is all about.

Mehrotra sums it up perfectly. “Children today don’t want to know what ‘A’ stands for. They want to know why they are learning ‘A’ and how is it applicable to their lives tomorrow. This is what will make them creators, thinkers and innovators”.

So the Supreme Court is absolutely right – teachers are the oxygen of the classroom. But, as we are finding out, only as long as they are Rock Stars, Grannies or have Bollywood icons as their namesakes. 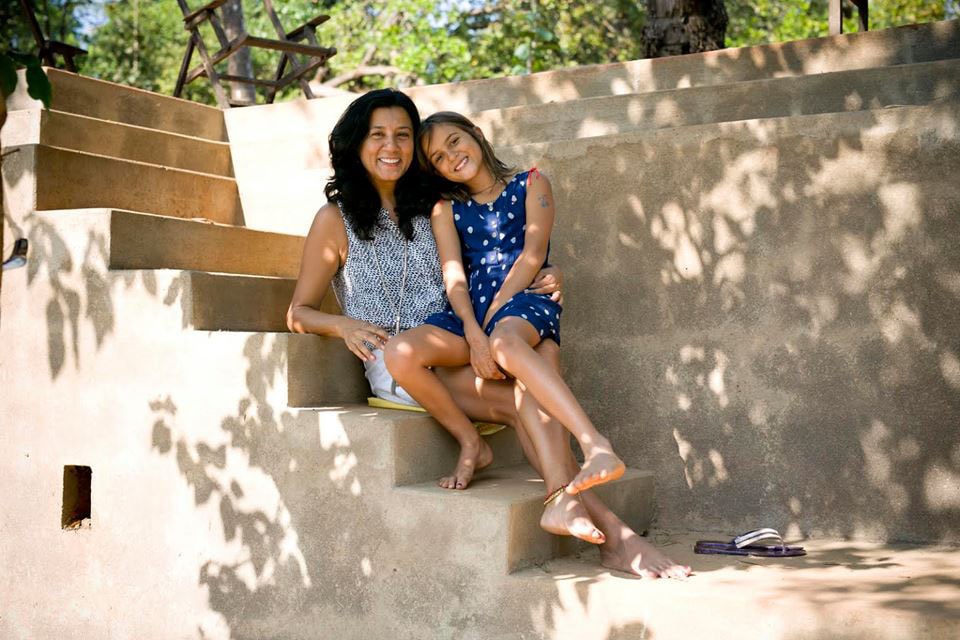