Every person will have their own yardstick to what they call freedom. Those yardsticks get tougher for public figures like Jamaican singer-songwriter Diana King, who hails from the land of Bob Marley. Diana’s tryst with freedom took place on 28 June 2012, when she came out in the open about her sexuality.

After years of crooning to her soulful R&B hits, Goans got to hear the ‘L-L-Lies’ star at Café Lilliput at Anjuna on 21st November this year. This was her third visit to India. The difference this time was Jassim Ali, a.k.a. King Jassim, who toured alongside her.

“I got in touch with Diana six years ago, looking at doing an interview with her on my radio show,” Jassim speaks of how he met his role model, who has definitely influenced his music. Imagine his joy when she not only replied, but also appreciated Jassim’s own work in the reggae and rap realm of music.

“It’s such a lovely feeling of being blessed when someone like DK not only appreciates your work, but is also open for collaboration,” he says about finally getting to share stage space with King. “We became friends online, leading to our first meeting this month,” adds the rapper, whose India tour with Diana King climaxed with the Goa show in November.

Also popularly known as ‘Kingsinga’, Diana King first shot to fame with her song ‘Shy Guy’ from her 1995 ‘Tougher Than Love’ album. It blazed through the Euro, UK and French singles charts, ran for about 20 weeks on the Billboard Pop song chart and the RnB – Hip Hop song chart, and sold more than 5 million copies worldwide. It also featured in the sound track of the movie ‘Bad Boys’ starring Will Smith and Martin Lawrence. The Julia Roberts starrer ‘My Best Friend’s Wedding’ hosted her next popular song ‘I say a little prayer for you’, a cover of Dionne Warwick’s 1967 hit.

Then in 2012, Diana King made a public announcement about who she is. “Yes I am a lesbian,” she declared to her fans from her official Facebook page.   “Personally, I needed to be authentic,” she explains her stance. King had grown up as a lesbian in Jamaica, a country notorious for its intolerance toward the LGBT community. 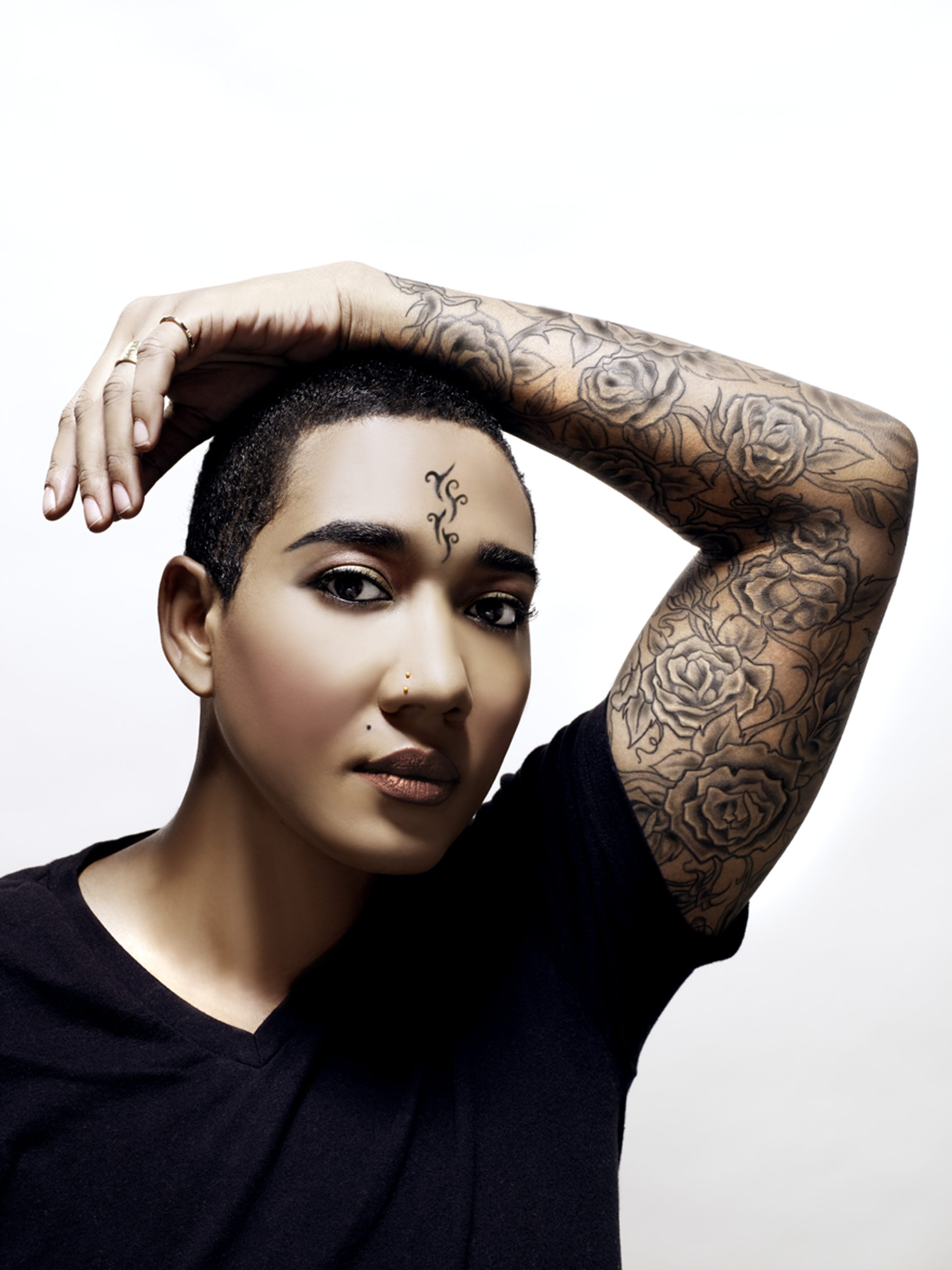 “For me, it is very important to lead an honest life more than anything else—to love yourself and be yourself regardless of what others or society thinks or chooses to dictate.” She is a woman of deep conscience who was not able to live an honest life without being open about her sexuality. This made her realize that she did not care about what may happen negatively. In any case, she had so many positives in her life, especially when it came to people. And this belief in people paid back, she says, given the encouraging feedback she got from so many people when she finally came out in 2012.

“This is how change in general occurs,” says King. “And it is never a bad thing to be true and stand up for one’s human rights. So when I felt my moment of courage, I took it.”

Gay people in Jamaica and much of the rest of the world need laws to be changed to protect the human rights of this community, most of whom are still underground and stigmatised, as Diana was.

“Humans of all types, men and women, deserve the same rights, opportunity and protection especially when one just wants to live one’s own life authentically without encroaching or hurting anyone else,” says King, reflecting the views of those in the straight community who also oppose all forms of prejudice.

After ‘Treat her like a lady’ was covered by Grammy winner Celine Dion, remixes of ‘I say a little prayer for you’ and the infectious song ‘L-L-Lies’ further increased Diana’s popularity, with these chart topping favourites turning into unforgettable hits.

A private and introverted person by nature, eventually it was the truth that brought redemption. And all she did was follow intuitions from her heart. “I am happy with the decision I made to come out three years ago,”’ sums up the brave King. “I recommend it. There is no freedom like the truth.”