FC Goa will be taking care of business on Dec. 11 and 15 when they take on the Delhi Dynamos FC, store hoping to eliminate Roberto Carlos’s side and book their place in the 2015 ISL finals on home turf to be played on December 20.

Following a comeback 3-2 victory in the final round match, mind the Gaurs staked their claim as the best of the Indian Super League at the end of the group stage. If FC Goa beats Delhi Dynamos FC in the semi-finals, they move a step closer to securing the title from their arch rivals Atlético de Kolkata. Admittedly, it took a while for FC Goa’s superiority to be reflected on the points table, but with all players dancing to the beat of Brazilian legend and FC Goa Coach Zico, the result was inevitable.

Zico has seen it all in football. Heknows the importance of the next two matches andhas urged his team not to be overjoyed by their win against Delhi Dynamos FC.

“We cannot be complacent now just because we’ve won against Delhi Dynamos FC in the past. The victories in the league stage mean nothing now, every game is a different story and the sole focus is on the semi-finals” said Zico.

The Brazilian Delhi DynamosFC Coach, Roberto Carlos is also no slouch in the game of football and is looking forward to ruin Goa’s plans. Negative statistics have not discouraged him nor his faithful players. Robin Singh, Florent Malouda and John Arne Riisehave made it clear that they want to win the ISL this season.

“We still have two games to go. In the semi-finals I’m sure the players will focus more and perform exceptionally to make sure they book their place in the finals in Goa”, said Carlos.

The teams are raring to go as they have overcome injury crises that hit them earlier in the season.Both teams have had problems defensively, especially FC Goa who lost 4-0 twice this season against Chennaiyin FC and Atlético de Kolkata – a rude awakening if there ever was one. 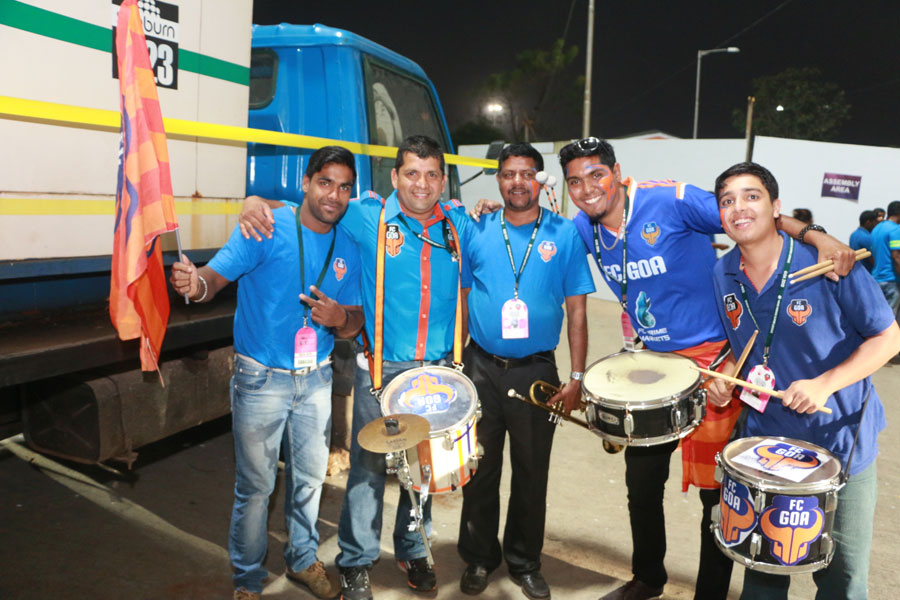 FC Goa’s attacking prowess was evident right from their first match against Delhi Dynamos FC when Goa’s offensive players ran riot to terrorize the Delhi defence. FC Goa did falter along the way, especially with injuries to key players like Joffre, Reinaldo and Duffy, but came back with a blitzkrieg demolishing Mumbai City FC 7-0 (which Nicolas Anelka, Mumbai City FC coach described as the worst defeat of his career). FC Goa has been on fire this season in some of the matches, with strikers Reinaldo, Haokip and Dudu all having scored hat-tricks this season.

Zico surely has problems at the back but of late some impressive defensive work has helped FC Goa clinch the top spot.The Lúcio and Grégory partnership has looked fragile at times, but their display in the last few rounds have solidified their reputation as perhaps the best defensive partnership in the ISL.

Lúcio and Grégoryare consistent, both at the defensive end where they routinely make two or three top-class interventions per match, and at the offensive end, where they seem to create a chance per game.

FC Goa has played some entertaining football this season and has won the hearts of Goans. The expectations from the team are soaring.

Elvis Gomes, President, Goa Football Association (GFA) said, “FC Goa games are a treat to watch and credit should go to the team management for sticking to this attacking style of play. Zico has given opportunities to young Goan players and proved that if given the right exposure and encouragement, Goans can outshine even the best in the business on their day. I hope FC Goa win the ISL title this year”.

The Brazilian trio of Lúcio, Léo Moura and Reinaldo has been instrumental in the success of FC Goa, along with the Spanish maestro Joffre. But the Goan players have also stepped up their game. Romeo and Mandar have been exceptional for FC Goa on the flanks, terrorizing opposition defence while Keenan in defence and Laxmikant Kattimani in goal have bolstered the defense. 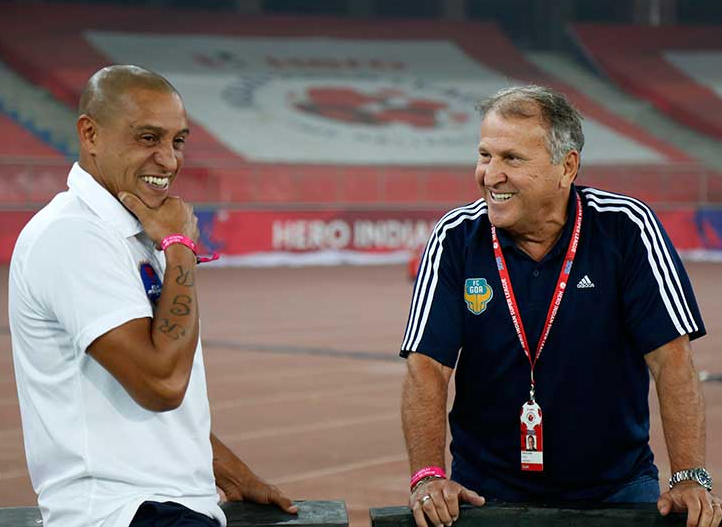 A lot of the success of FC Goa goes to the fans. FC Goa is still incurring financial losses but the real currency that running the club is the passion of the fans.

LavinioRebello, Vice President GFA North Goa says, “What we are seeing in the stadiums at PJN Fatorda is an expression of the love and affection for the club.FC Goa has to be given full credit for rising to the expectations and responding so spectacularly so far.Now we make it to the finals and win it”.

Zico and his men have experienced ISL semi finals league heartbreak before, going out on penalties against ATK last season. According to insiders, Zico gave an inspiring 20 minute speech in the dressing room to console his crestfallen players before addressing the pre-match press conference, promising to team and fans to go again to win the title. The team and its fans are serious when they chant ‘DiiTekha’ in Konkani – ‘Give It To Them!’

“Two matches separate us from booking our place in the finals on Dec 20. This is where history will be made. I have no doubt that FC Goa will deliver,” says Rosanne Diaz from Panjim.

Even though we are two matches away from the finals, the excitement amongst the fans is palpable, with folks queuing up for tickets for the second leg a day before the tickets go on sale.

“We bleed blue and this season will surely be ours. Last season we were unlucky to go out on penalties but I’m sure this time we will be through in regulation time,” said Denzil Pereira from Calangute.

“I’m hoping for a Goa-Kolkata final so that we can avenge the semi finals loss of last year and win the title by defeating the reigning, defending champions in our own backyard,” said Gerard D’Cunha from Mapusa.

In an effort to bring the excitement of the stadium to the people of Goa, FC Goa has planned public screenings of the semi final matches.Supporters of FC Goa have stood with the team through the highs and lows of the season and the club extends its unconditional gratitude to the people of Goa, said FC Goa in an official statement before the semis.

“The fans are euphoric and we are delighted with that,” said Zico. “But as professionals we will approach the game with the utmost seriousness.” 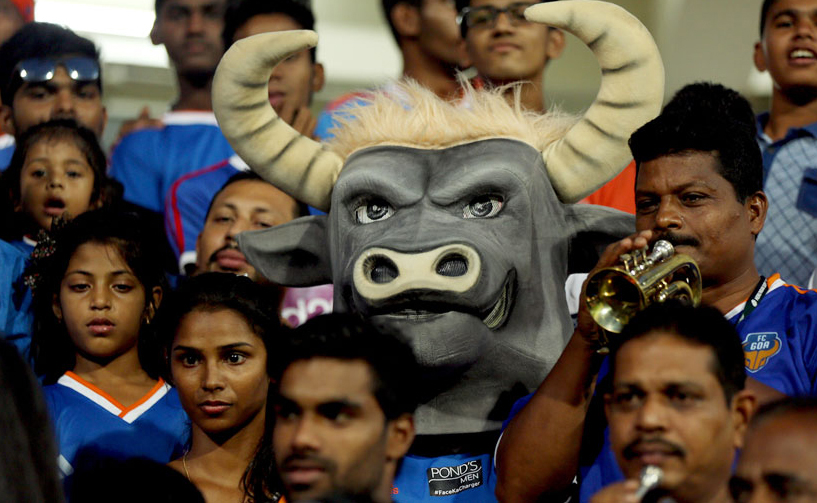