You sit and watch the stage Your back is turned – To what? The firing squad Shoots in the back of the neck Whole nations have been caught Looking the wrong way I want to remind you Of what you forgot to see On the way here. – Edward Bond, site Lear (1971) Theatre today… END_OF_DOCUMENT_TOKEN_TO_BE_REPLACED

You sit and watch the stage
Your back is turned –
To what?
The firing squad
Shoots in the back of the neck
Whole nations have been caught
Looking the wrong way
I want to remind you
Of what you forgot to see
On the way here.
– Edward Bond, site Lear (1971)

Theatre today performs in the margins of social interaction. Historically, it has had diverse locations. In the ancient Greek world, for instance, theatre festivals and contests were as popular and as well patronized as the sports contests that came to be crystallized as the Olympic Games.
In most parts of Asia, folk theatre has been an intrinsic part of the life of the community. This is a far cry from the location of theatres in the modern world; which is not to deny the popularity of mega-shows that run for years, or to diminish the importance of modern architecture and technology in sophisticated theatre auditoriums. Yet, when all is said and done, the main body of contemporary theatre survives in the margins. 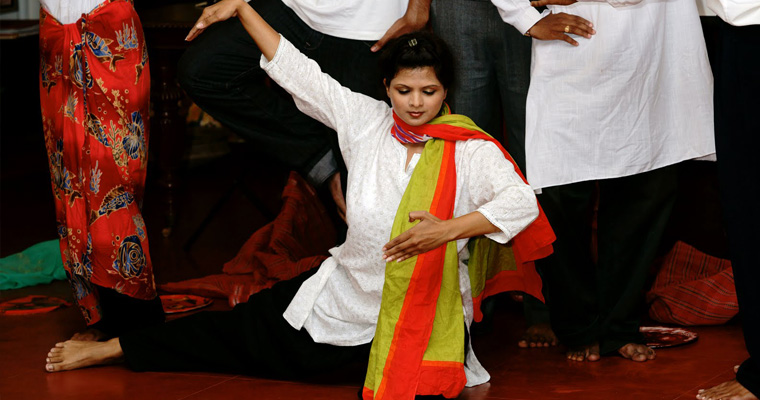 Scene from a Mustard Seeds play

The entertainment industry is dominated by television, film and live music shows and the internet. The theatre artistes who struggle to pursue their passion, have to supplement their income by performing in these more mainstream forms, even in the case of a great Nasiruddin Shah, or try to carve nuggets of time from their other careers, to act, direct or write plays.
And yet theatre refuses to fold up and die. Theatre lovers, both performers and audience, have tasted the heady brew that is live theatre, and are loath to give it up. So they keep at it despite enormous odds; they form themselves into small bands of enthusiasts, ferret some small place where they can rehearse, huddle together to ponder and argue over their scripts, try to gather resources to rent performing space,

publicise their work in whatever creative ways they can, and get ready for opening night.
Often their audiences are small, more often than not their plays run for a very limited number of shows. But as the curtain rises, as the adrenalin surges, as the characters take flesh and the plot unravels, there’s magic in the air: the actor is able to connect with the audience. The best kinds of performances create a visceral bond, the moments of laughter and tears are unforgettable, and the story speaks to all involved far longer than the few hours of the performance. Theatre lives in the margins, but these margins are healthy places of challenge, of contemplation and creativity.
The challenge is not to compete with mainstream electronic entertainment, or to make bigger bucks than the TV star. It is rather, to find ways to do what theatre does best: Tell stories to people who can see and hear and resonate with them, ask questions that involve both performer and the live audience in deep ways, work with images and symbols and gestures that carry a quasi-ritual significance for the community; in a sense put our very existence on trial before an array of voices.
The challenge of theatre is to be relevant rather than gimmicky, to be true to itself as art and entertainment. Great playwrights have emerged in the most trying of times, as they turn to probe the mystery of existence, in all its joy and pain.
In Goa, theatre has held its own. In fact it has had a noticeable flowering in the last fifty years. The Konkani theatre has won enormous audiences as it has continued to be the popular voice of the people. It has been consistently assisted and supported by institutions like the Kala Academy with its festivals, and more recently with collaborations with the Tiatr Academy of Goa and other bodies. The Marathi theatre in Goa has benefited from its proximity to the highly sophisticated theatre in Maharashtra and has produced rich work of its own. The traditional folk forms like the fell and the zagor, the dashavatar struggle to survive, and do so by adapting or merging with other genres.
Theatre in English has a long way to go in Goa, and this means that the possibilities are immense. One entire universe of work is plays in translation, global and regional. Since such large numbers of people in Goa are fluent in English, what is to prevent them from savouring the work of a Chekhov, or a Vaclav Havel, or a Moliere or Sophocles? Or Vijay Tendulkar, Badal Sircar, Mahasweta Devi or Girish Karnad? Plays in English by Mahesh Dattani and Manjula Padmanabhan are there for the asking.
A huge treasure trove for the theatre enthusiast are plays by fascinating English, Irish, American, Canadian, African and Australian playwrights writing in English. Yet another challenging possibility, an open invitation to the adventurous writer, is to write original plays: one can then tell stories that touch the bone (or tickle the funny-bone), one can speak in an idiom that is felt to be rooted in the experience of the community.
Is theatre in English elitist? It can be, if it chooses to. So can theatre in any other language, if it chooses to voice the concerns of a few privileged minorities. Any theatre has to make the choice. 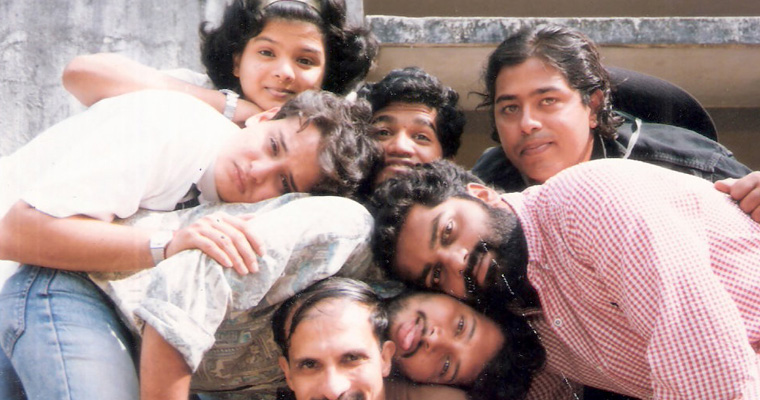 Doing theatre in English calls for courage and for passion. Courage because the bucks don’t roll in as fast as one might expect and passion because one learns to work for the sheer joy of the art.
Over the decades, various theatre enthusiasts have worked in this field. We, of the Mustard Seed Art Company, too, have invested time, energy and curiosity into doing theatre for over twenty-five years and some fifty plays, over thirty of them original.
The returns are intangible, but they are palpable.
The artistes themselves are transformed by the processes they get involved with. The impact on the audience is never measurable, but we keep writing our plays and worrying the bones of our themes, because we are convinced that we are doing something worth doing. And the bonus is the sheer fun of playing. Does theatre in English have a future in Goa? It depends on whether people respond to the exciting horizons that beckon them.
Because theatre in the margins is still a powerful and necessary entity today.
The Mustard Seeds Art Company is an amateur theatre group mentored by Isabel de Santa Rita Vás. For information about the group, its activities and performances you could write to isabelsrvas@gmail.com or call 0832- 24531561 for more information.