Meeting of the Who’s Who in the Indian and international nightlife industry.

Glamour, patient Glitter and the Allure of the Night

Yes, this is a story about firsts. From Oct. 4 to 6, the Who’s Who in the Indian and international nightlife universe will come together at Resort Rio at Arpora for three days of conferences, fashion shows, pool parties, wine & cheese tastings, after parties, exhibitions and, of course, the first-ever country-wide Nightlife Awards.

In the end, it’s not just about fun. This is also an opportunity for serious networking, for the sharing of insights, for learning from the best in the business. The Nightlife Convention is the brainchild of New Delhi-based Saarthak Gupta and his www.MyPurpleMartini.com, India’s first social networking nightlife and lifestyle portal – a kind of Facebook for nightlife. Goa Streets is pleased to be the local Media Partner for the Nightlife Convention.

Www.MyPurpleMartini.com was started in 2008 by Saarthak, a die-hard party animal, with the idea of revolutionising Indian nightlife. Why did he decide to have this event in Goa when Delhi, too, has a rocking nightlife? “One of the reasons for doing it in Goa was because it is a party town and Goa is a getaway place for everyone from across the country,” explains Saarthak. He adds, “Since Goa is a tourist spot, the nightlife here is more chilled out and relaxed as compared to Mumbai and Delhi.” In other words, delegates and participants in the Nightlife Convention can let their hair down and soak in the fabulous, relaxed, Goan vibe. Unlike in the big cities, the clubs and nightclubs in Goa stay open till dawn, and the casinos, which have also become entertainment hubs, stay open round the clock, 24x7x365. 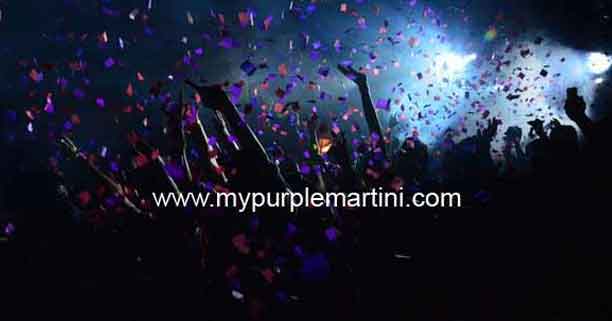 “The Nightlife Convention is a platform to network with the Who’s Who from the Indian and international nightlife industry. The aim is to structure the Indian nightlife and hospitality industry,” Saarthak says. Some of the confirmed names of nightclubs, DJs and other performers, and entrepreneurs expected to attend the convention this weekend include Raasta, Titos, Mambos, Moets Group, Kitty Su, DJ Aaron James (New York), Manhatten, DJ Hamza , Vipul Agnirish and many more. “There will also be a lot of celebrities and models who would be present at the event,” says Saarthak, who has a Bachelors degree in Human Resource Management from the University of Leeds, UK. “

Among the celebrities expected to attend the conventions are

Although www.MyPurpleMartini.com has been organizing events across the country in the last five years, “the Nightlife Convention is the biggest event we have organized so far,” he says.

The awards ceremony looks certain to be the highlight of the event. Awards will be given away in 21 categories, with the voting being done online at www.MyPurpleMartini.com.

Mambo’s, LPK Waterfront and Cape Town Café are some of the leading Goan nightclubs and party spots which have been short-listed for the Nightlife Awards 2013. Goan party spots figure in the nominations in six categories. Three popular live music places from Goa, Cavala at Baga, Malts N Wines, next to the Baga bridge, and The Sofala in Nerul, figure in the nominations for the Best Venue for Gigs. The Sofala has also been nominated in the Resto Bar / Lounge Bar with the best ambience category, the only Goan party spot to be nominated in two categories. The surreal LPK Waterfront has been nominated in the Discotheque / Nightclub with the best ambience category.

Sunburn Goa, the three-day annual electronic dance music festival held at Candolim in the last week of December, has been nominated in the Best Music Festival category. Mambo’s, the popular beachside bar in Baga, adjacent to Tito’s, has been nominated in the Bar Awards category, where it faces tough competition from a large number of other posh and popular bars from Mumbai, Delhi, and other major cities.

Cape Town Café, also in Tito’s Lane at Baga, just down the road from Mambo’s, has been nominated in the Most Popular Restobar / Lounge Bar category where it faces tough competition from a host of other hot restobars and lounges from across the country.

Some of the popular nominations include DJs Nikhil Chinnappa and Pearl, the husband-wife duo, who are regular performers in Goa. They have been nominated in the Most Popular Artist category, while well-known DJs like Anish Sood and Ivan figure in the nominations for Most Popular House DJ. DJ Aqeel, who figures in the Most Popular Bollywood DJ category, is also a regular in Goa and was based in Candolim for a season. 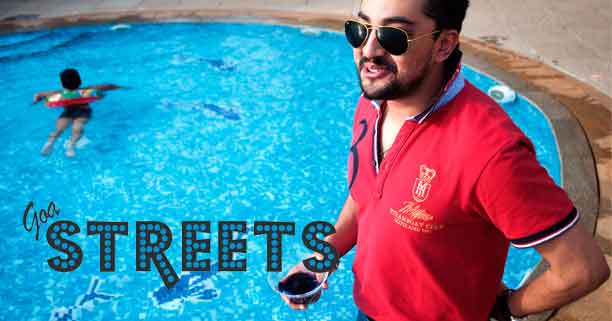 Surprisingly, there are no Goa-based artistes in the Most Popular Trance DJ category, even though Goa is considered one of the country’s trance music hotspots.

However, artistes, DJs and other performers and producers figure in a number of music awards done by TV channels, radio stations and magazines. There is also the annual Battle of the DJ’s which picks up the best DJ’s in the country.

On a personal note, asked for his favourites, Saarthak says, “My favourite bar in India is Aer in Mumbai. I love Sirocco in Bangkok and my favourite artistes are Swedish House Mafia and Deadmau5.”

Which place in India has the best nightlife is a matter of debate. But with the Nightlife Convention – with its unique networking opportunities combined with high teas, pool parties, fashion shows and performances by talented artists – it’s fair to say that for the next three days at least, it will be Goa.