New Projects Are Welcome, But What About Fixing The Ones We Already Have?

New Projects Are Welcome, But What About Fixing The Ones We Already Have?

Thick rods of steel jut out of the earth right on the sands of Querim, Goa’s northernmost beach.

The rods are just the tip of what are deep piles drilled into the sandy soil of the beach to eventually support a Rs 77-crore Querim-Tiracol bridge to join Goa’s Tiracol enclave, just across the River Tiracol. This little village stands right at the border of Goa and Maharashtra.

The Tiracol bridge is one of many bridges that Goa is going to see in the coming years, the most prominent of which is the third Mandovi Bridge costing upwards of Rs 470 crore, all of which is being spent by the State government.

While both the Mandovi and Tiracol bridges have their share of opponents, who in both cases argue that the bridges are unnecessary, there’s a whole lot of other bridges which are long awaited, and also a good number of existing bridges that desperately need repair and maintenance.

When Union Minister of Road Transport and Highways Nitin Gadkari visited Goa earlier this year, he promised infrastructure projects to the tune of Rs 5,000 crore including a six-lane bridge across the River Zuari. Gadkari’s bonanza included the construction of a 5-km four-lane road from Varunapuri to Mormugao Port harbour with 3.2-km flyover, at the cost of Rs 586 crore.

An eight-km-long new bridge over Khandepar River with four-laning of the Curti bypass and two flyovers will be constructed at total cost of Rs 280 crore. And then there’s the four-lane Dhavali bypass road with two flyovers up to Farmagudi temple, to be built at the cost of Rs 70 crore.

Goa has had three BJP ruled governments including the current one, and their most visible achievements have been the bridges they have constructed across the countryside. This time however, barring the Calvim bridge, none of the planned bridges have been inaugurated yet.

Though work is on at the Tiracol-Querim bridge, the Amona-Virdi bridge found its work stalled over land disputes and the Rachol-Shiroda bridge faced opposition from locals at Rachol. Several of the bridges announced by the government when it just came to power have not made much headway. The contentious Ribandar-Chorão bridge hasn’t been spoken about in months. The same is the fate of the Camurlim-Tuem bridge, an area currently serviced by a ferry.

The most awaited of the bridges is the Zuari Bridge, which is long overdue amid increasing concerns that the existing bridge, built in 1983, will not last much longer. The new Zuari bridge is also the one taking the longest to materialise, while the third Mandovi Bridge which was thought of much after the Zuari bridge, will be completed within the next three years if all goes according to plan. The foundation stone for the Zuari bridge is expected to be put in place in December this year, but given the longer length of the wider Zuari River, it is likely to take much longer to complete.

“The bridge will include 1 km cable-stayed part and the remaining four kilometres would be an elevated road,” Gadkari announced.

Yet, despite obvious benefits in some cases, many are questioning the government’s priorities. 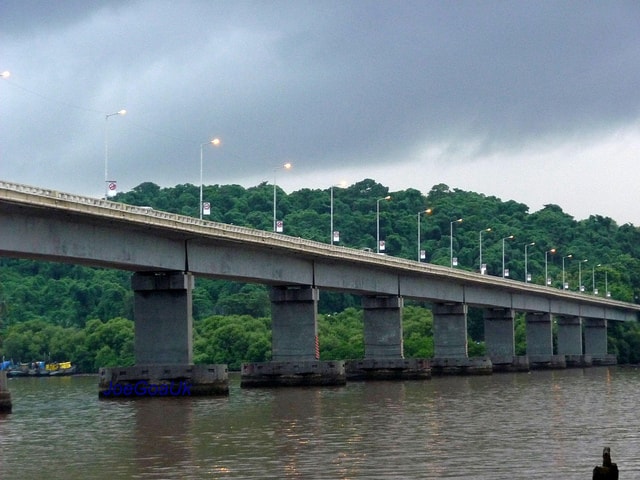 “Right now, a bridge across Talpona is a dire necessity, but we hear the government is bulldozing its way with the controversial Shiroda-Rachol bridge. Similarly, when a second bridge across River Zuari is a necessity given the short life span of the existing one, the government has accorded priority to a third bridge over Mandovi,” says farmer’s rights activist Sidharth Karapurkar,  accusing the government of giving the rural citizens of the state short shrift.

Even as the government pushes for more ‘iconic’ bridges, the condition of many of the present bridges has left much to be desired.

The present Zuari bridge which is of the balanced cantilever type, with the pier at the centre, has undergone several repairs since 1999. The prestressed cables were partly corroded due to poor waterproofing of the cable ducts. The collapse of the first Mandovi bridge (also of balanced cantilever design using prestressed cables) in 1986, just 16 years after it was built, has not been forgotten by the people of Goa. That T-shaped design has been subsequently abandoned for simply-supported-span design as in the two new Mandovi bridges that stand today.

The cable-stayed bridge between Aldona and Corjuem Bridge which opened as Goa’s first ‘iconic’ bridge in 2004, became an instant hit with many people flocking to the site just to ‘see’ the bridge. But a visitor today will be greeted with faded paint, non functional lighting and a greenish algae covering much of the bridge, all signs of state apathy towards this showpiece bridge.

The tale of the New Mandovi Bridge which was inaugurated more than two decades ago is no different. The surface of the bridge is uneven with blobs of tar deformed in the noonday sun and the weight of the heavy vehicles moving on it has made riding across the bridge no different than a pothole ridden road. Except that even potholes are repaired now and then, while the bumpy wearing coat of the bridge and the commuters traversing it are abandoned to their fate. Parts of the deck joints are also missing, leaving ruts which are hammered by the thousands of wheels that pass over them every day. All these unwanted dynamic vibrations cannot be good for the health of the bridge.

Even as everyone worries about the Zuari bridge which is known to be shaky, its cousin living further upriver, the Borim bridge, finds itself on shaky ground as well.

If through some unlucky coincidence, both the Borim and Zuari bridges crash at once, traffic between North and South Goa will come to a standstill with no alternative routes, save for the sluggish ferries, which would take us back to the sixties and seventies. And that’s not to mention all the potential casualties should the neglected bridges of Goa suddenly collapse. 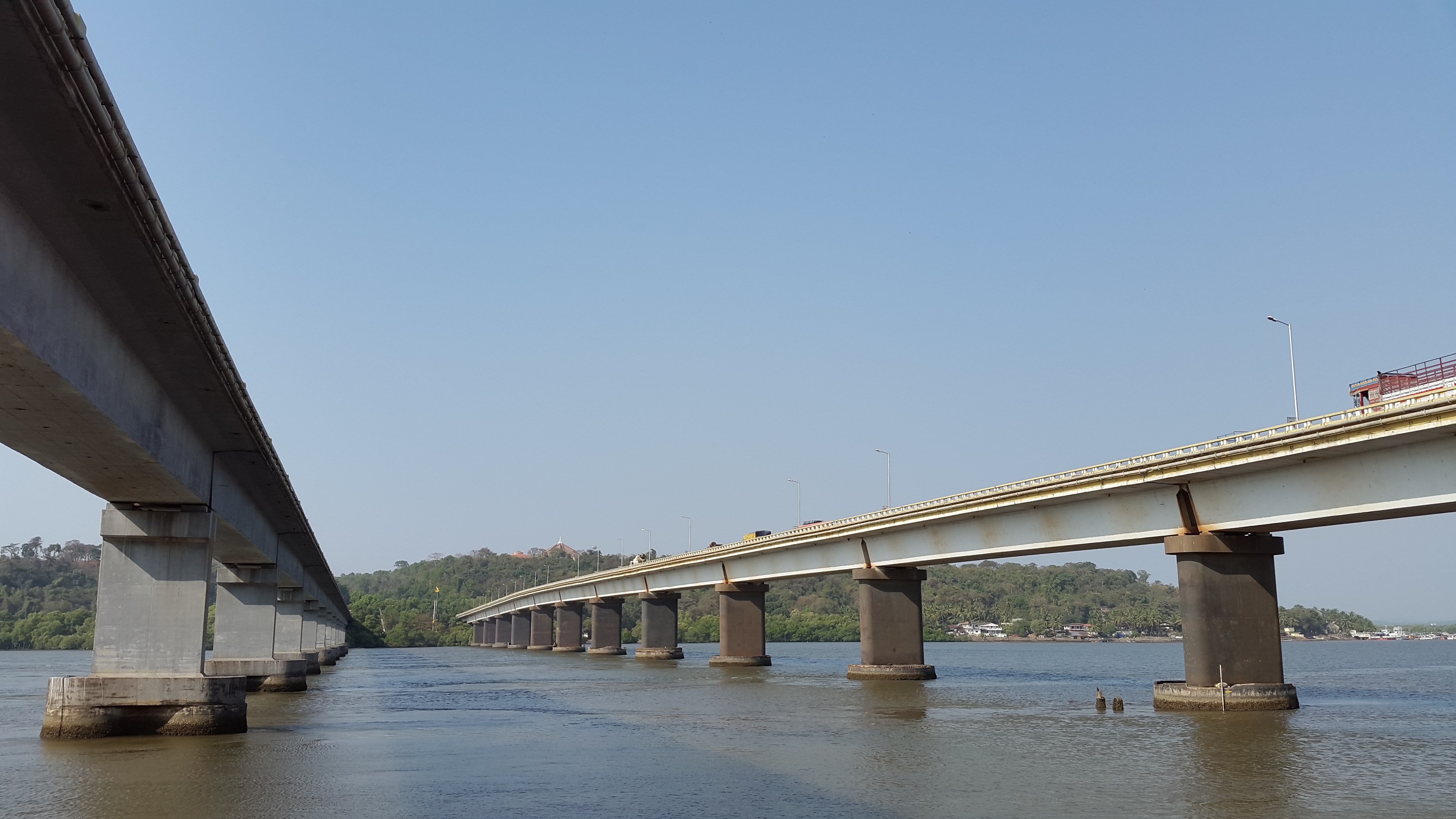