From Unorthodox Strains of Hinduism And Islam

From Unorthodox Strains of Hinduism And Islam

Akin to the Sufi’s mystics, the Bauls and Fakirs reject religious orthodoxy. Hailing from some of the most liberal and spiritual strains of Hinduism and Islam, the Bauls (whose members are both Vaishnave Hindus and Sufi Muslims) and Fakirs (Muslim ascetics and Sufis) follow few scriptures. Instead, they opt for a direct connection with God, minus the mediation of priests. Considered as fringe elements within the Islamic and Hindu folds for such beliefs, they use a common medium of music to express themselves, referred to as Baul and Fakir music – a symphony of music and mysticism as manna for the soul. Bangla, a folk fusion troupe from Bangladesh, popularized and gave modern recognition worldwide to Baul and Fakir songs.

“The songs question oneself,” explains Bangladeshi artist, cultural activist, mother, entrepreneur, musician and singer Anusheh Anadil, about her own songs. “The very first song I wrote was questioning my existence,” she laughs, further revealing that it ultimately led to her decision to take up singing as a profession.

A little known secret is that two of the world’s most accomplished singers of this kind of music – Anusheh and her partner Seth Panduranga Blumberg – have chosen to live in Goa.

Baul and Fakir artists sing their heart out, Anusheh says. “They need absolutely no excuse to give it all they have got. You see the ideology itself is about being in the moment all the time. So in their case, there is no practise. Every time they sing, they sing. It’s just what you got in that very moment,” explains Seth, a former student of the late maestro Ravi Shankar.

Seth played guitar for Ike Turner and the Kings of Rhythm when they won the Grammy for best traditional blues album in 2007. “I believe my professional career as a musician began when I met Ike in 1999.”

At the tender age of 18, he was introduced to and mentored by Jeff Moore in the guitar and the blues. Before that it was keyboards and samplers. After living in New York for six years, he came to southern California to be near Ike. In 2004, he and some musician friends found themselves entertaining the Shankars during their six-month stay away from India, in California.

“In the morning I’d be with Ike Turner and by the afternoons we’d come to Raviji and his extremely sweet wife (Sukanya Rajan) and Anoushka (Shankar’s daughter),” he recalls.

Ravi Shankar ended up offering Seth and his fellow musicians the opportunity to perform with him live in New Delhi, giving the new group the name Jazmin. After that, influenced by Baul and Fakir music, Seth spent five years in Dhaka, Bangladesh. 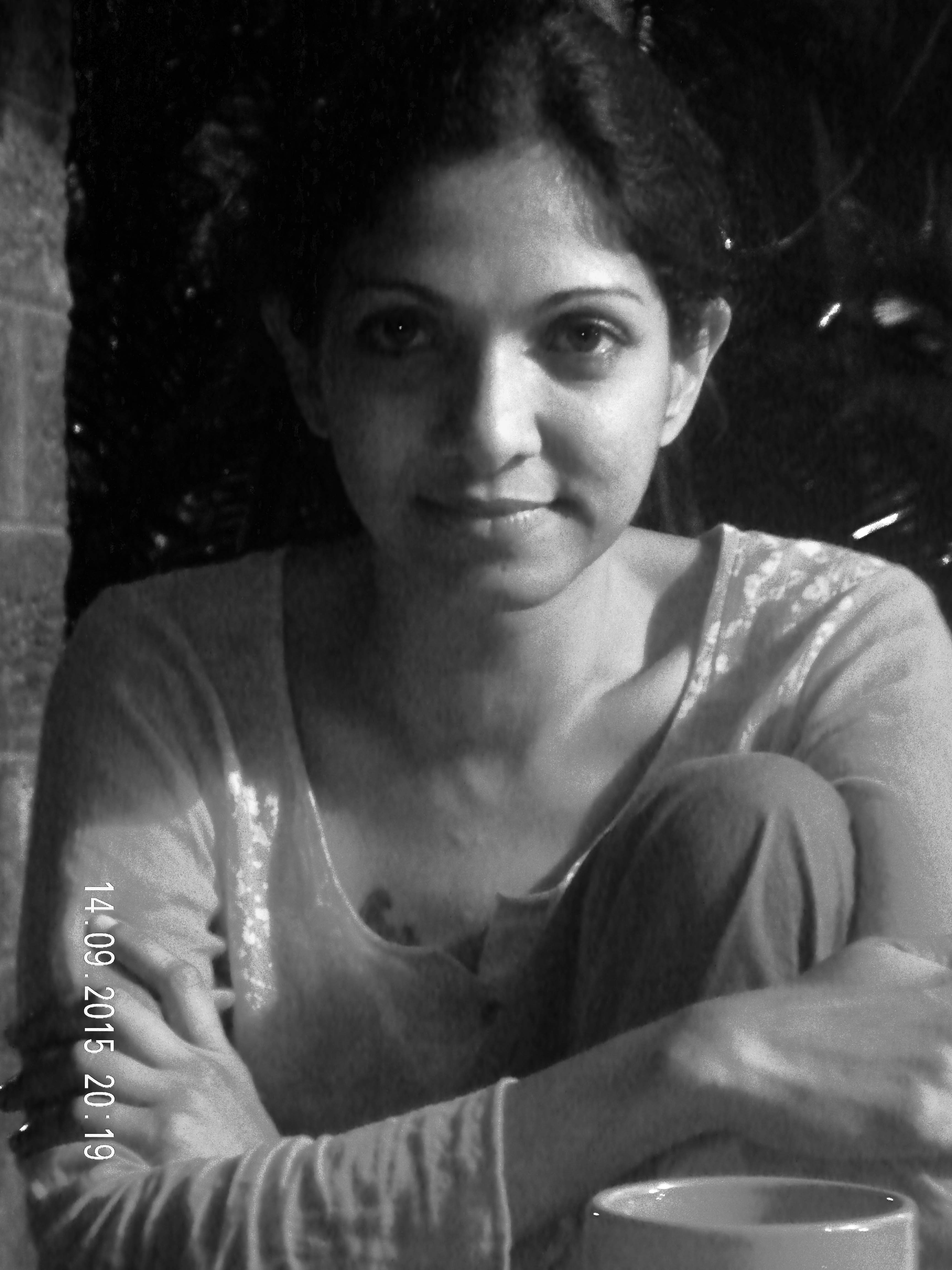 “This cultural Baul and Fakir music originated in the rural areas of our country. But I was a city girl,” smiles Anusheh. “So we would travel from the city limits to the serenity of the villages like many Bangladeshi youngsters do, and sit among the Bauls and Fakirs in the villages and listen to their songs.”

Anusheh joined Bangla in 1998, and many members of a new generation of Fakir and Baul singers find themselves singing songs composed by Anusheh. In 2012, she came out with her own album, called ‘Rai.’

“We first played together at a concert in Dhaka, soon after India,” recounts Michigan-born Seth. His middle name Panduranga is a result of Blumberg’s mother and father having a south Indian guru, while his surname Blumberg is Jewish in origin. Today he lives in a calm village in Goa along with Anusheh and her two children. “And it happens to be only now, that we are making music – just the two of us, without any other accompaniment, like never before, here in Goa.”

“My guitar is finally getting to be one with her singing, now that it’s just the two of us,” he strums his guitar, hiding his softer emotions behind musical notes as he looks on at Anusheh, who simply smiles. “I’m happy to be here in Goa, a place I visited the last 22 years,” informs a humble Anusheh. She speaks softly, but sings rather loudly, in line with the ‘whole-hearted’ ideology of her preferred genre.

“Anusheh brought me close to the Baul and Fakir music scene and the ideology that I so love, which is about being in the moment. And this is how I always wanted to be,” says Seth. “It’s like you don’t ever mentally prepare yourself for a gig. There’s nothing like getting ready for a gig. Rather it’s the gig that is getting ready for you.”

That these talented and accomplished purveyors of Baul and Fakir music have decided to make Goa their home is not just a decidedly welcome addition to our state’s music scene, but also to Goa’s melting-pot culture in general.