Will the St Inez Creek Ever Be Cleaned ?

As part of Goa Streets’ Keep Goa Beautiful initiative, writer Vivian Maverick Martins explores one of the most pressing environmental issues on the minds of Goans – the St Inez Creek.

The creek, which runs through an area of urban homes, hotels and other commercial establishments, is presently — and has been for some time — an oily, rainbow-slicked “water” body chockfull of cans, plastic bottles and bags, raw sewage and decaying food. Perhaps the hardest thing to spot in all of this is the water itself.

What was once a clean, flowing creek is now a dull, gray gutter, or as many would like to call it, a ‘nullah’ that cannot sustain life.

Whatever you choose to call it, the creek needs urgent attention, and has for a long, long time. Efforts to clean it up, however, continue to move at a snail’s pace, despite signs that a multi-crore clean-up project could commence after the monsoons.

Chief Minister Laxmikant Parsekar set aside a whopping Rs 68 crores in his budget for the project, but those hoping for quick action have been repeatedly disappointed. The project was a burning issue during the Panjim by-elections; and of course a thousand and one promises were made on all sides, but now that the elections have been fought and won (by the BJP), there isn’t a whisper of a beginning of the actual work.

Dr. Nandkumar Kamat, Professor, Department of Botany, Goa University blames the Water Resources Department for stopping the natural tidal flow into this creek by raising the bed level near INOX. He feels that restoring age-old tidal circulation will be wiser and less expensive than costly beautification of the creek channel and encroached banks.

Dr. Kamat says a powerful lobby debases St Inez creek as a “nullah“. “I can see how various forces political, builders, developers etc have come together to finish it off because of land development in the creek’s catchment area.”

The St Inez creek is among the last relatively undeveloped spots in the Panjim urban area. The area also offers a clear picture of the damage humans are wreaking on the city’s fragile ecosystem.

The fashion designer Wendell Rodricks feels that relocating settlements along the creek and dredging of sand should be given priority.
“I want the Government to look into two things immediately. Relocating settlements that use the creek as a toilet remains a top priority. They also have to dredge the sand out, so that the creek water can flow into the river and vice versa,” said Rodricks, who is active in environmental issues.

The Goa State Pollution Control Board conducted another study of the St Inez creek this week, which again has shown high raw sewage in the creek water despite clear cleanup recommendations issued to the Corporation of the City of Panjim. 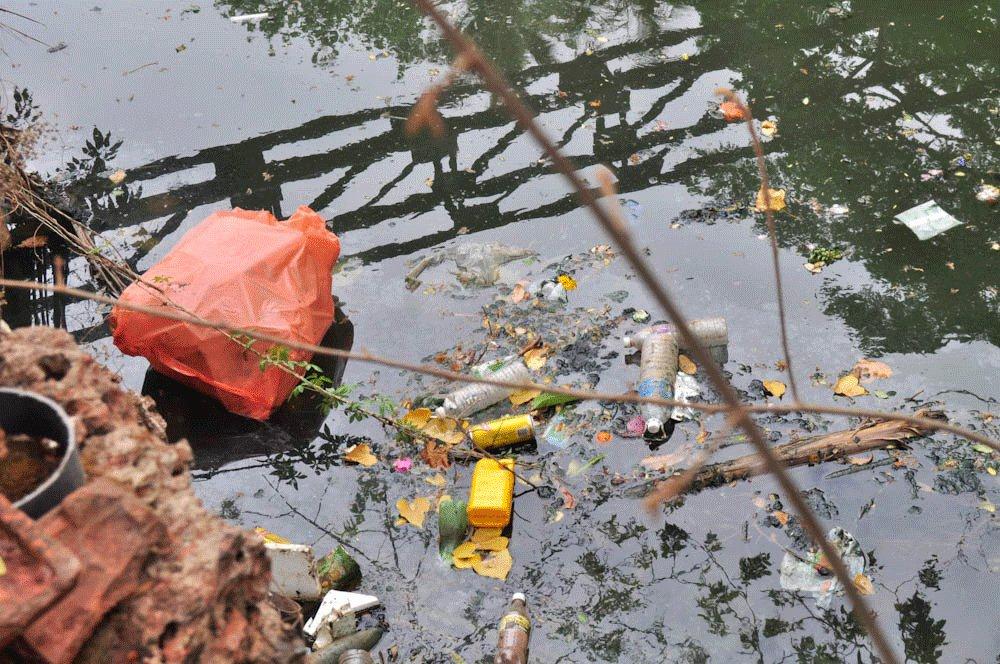 However, a senior official from CCP who spoke on condition of anonymity said that the CCP has failed to act on the report submitted by GSPCB, as many houses that are responsible for polluting the creek continue to enjoy political backing.

He added that housing colonies constructed by influential builders are also responsible for polluting the creek. However, no action has ever been initiated against them. Sewage connections have still not been provided to many houses along the creek, further exposing the lack of commitment within the government to clean up this mess.

CCP has a crucial role to play in restoring the creek but it seems oblivious to the issue.

When I asked CCP Mayor Shubham Chodankar about the city’s response to the GSPCB’s recommendations, he redirected me to the corporation’s legal cell, where there was no one to comment on the issue.

“I do not have the details but some action must have been taken on the St Inez nullah.  There is nothing much that we can do,” said Chodankar. It was hard to figure out what was most astonishing, his referring to the creek as a “nullah”,  his ignorance about one of the most important issues facing the city he governs, or his no-can-do stance.

He did say, however, that he expected the Goa State Infrastructure Development Corporation to begin work on the creek at some point. “We just have to wait,” he added.

When questioned about the need to take action against houses and buildings discharging sewage into the creek, Chodankar said, “Yes, we are well aware about the problem, however all stakeholders need to be taken into consideration to initiate action, some sewerage connections have to be given to houses along the creek and we will work out a solution to that.”

Newly elected Panjim MLA Sidharth Kuncalienker from the ruling BJP insisted that the government is serious about the issue. He echoed the sentiments of Dr. Kamat about the builders’ lobby and acknowledged it is hampering the restoration process.

“Today I don’t feel like even looking at the water, but I would love to see the sight of my children swimming in it someday, and it is possible only if everyone works positively towards this project”, added Kuncalienker.

When asked for an assurance on the project’s completion, the Panjim MLA was decidedly less exuberant. “Nobody can give assurance about anything. However, we can strive our level best to complete the project. It is a very complex project and will definitely take time for completion”.

After generations of neglect, the first, tiny steps are being taken in a multi-pronged clean-up that could take years and cost crores of rupees. The Goa State Infrastructure Development Corporation has floated a tender seeking bids from established contractors to fence off St Inez creek to prevent people from dumping garbage into the water body.

A GSIDC official said that even the fencing work will take at least 2 to 3 months to start, and most likely the ground work will start only after the monsoons.

But even the most hopeful of officials acknowledge the watershed may never be clear of all pollutants.

NIO oceanographer Dr. Antonio Mascarenhas said, “To my knowledge, no creek has ever been restored in India and they are only being killed. St Inez Creek is never going to be pristine, the way it was years ago, but we can make it dramatically cleaner than it is now.”