What it takes to become a DJ Most nocturnal creatures of the two-legged kind in Goa lurk around nightclubs or discotheques, clinic hunting for food, drink and some good music. The state of Goa is fast becoming a hub for electronic dance music (EDM) with half a million visitors every season. These men and women… END_OF_DOCUMENT_TOKEN_TO_BE_REPLACED

What it takes to become a DJ

Most nocturnal creatures of the two-legged kind in Goa lurk around nightclubs or discotheques, clinic hunting for food, drink and some good music. The state of Goa is fast becoming a hub for electronic dance music (EDM) with half a million visitors every season. These men and women keep their eyes peeled for the small black chalk boards outside each and every club. A bunch of well dressed youngsters stop in front of one of these, mumble among themselves and head right into the disco. They have found their hub for the night.

There are two kinds of people. Those who listen to music and dance, and those who make the music that makes people dance. There’s a new tribe, one that doesn’t quite fit into these categories but is more of a combination of both, and more. This kind gets their names on those black boards. Meet Mr. DJ.  He plays recorded music for an audience using a set of turntables spinning records or CDs, and a mixer, which gives him the title of a Disc Jockey. 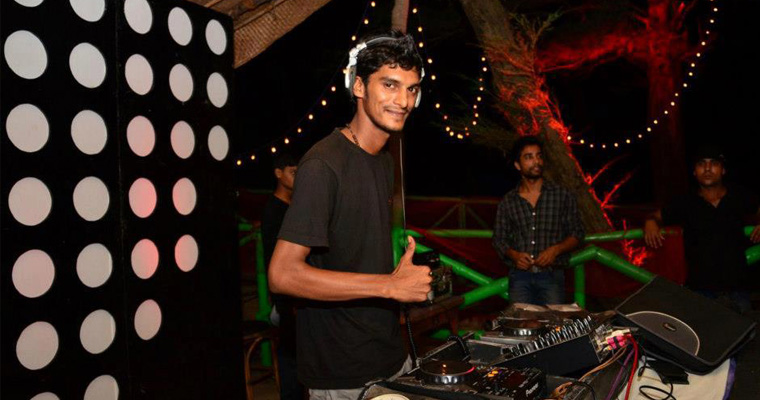 A good DJ enjoys quick fame. It’s quite a high to be standing behind that console, with the club packed with grooving, ecstatic youngsters pointing out at you and dancing away. Of course not any Tom Dick and Harry can spin one of those tables. It takes some prerequisites to be a DJ. Here’s the lowdown.

A Disc Jockey is often dismissed as a mere party rocker or ‘the guy who plays recorded music’. But to EDM lovers around the world, these men and women are Gods.  To get deeper behind the scenes we decided to talk to some DJs. After an hour of talking to the answering machine I finally manage to get Stedran Coutinho, a young Goan DJ, on the line. It’s too early he says, just woken up from sleep. I understand. It’s not uncommon for these men to sleep till lunch time after a long night at the club. He’s got another show tonight too. 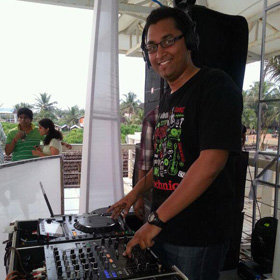 “It’s all for the love of music” says DJ Stedran. “I do disk jockeying because I like to make people dance. It’s not about fame; it will come if you are good at it.” How does one get good at this, I ask, what are the factors for good DJ-ing?

“All you need is passion for music” says Stedran who started off early in Goa as a DJ. Got it, that’s Factor One. A passion and hunger for music. Currently pursuing his studies, he never misses a party.

“We were crazy about music so we would rush into cyber cafes and download songs all the time. Soon things changed and I thought of giving it a shot at deejaying. I first played at a birthday party, then at some house parties organised by my friends. Soon we started getting calls from event organizers.” 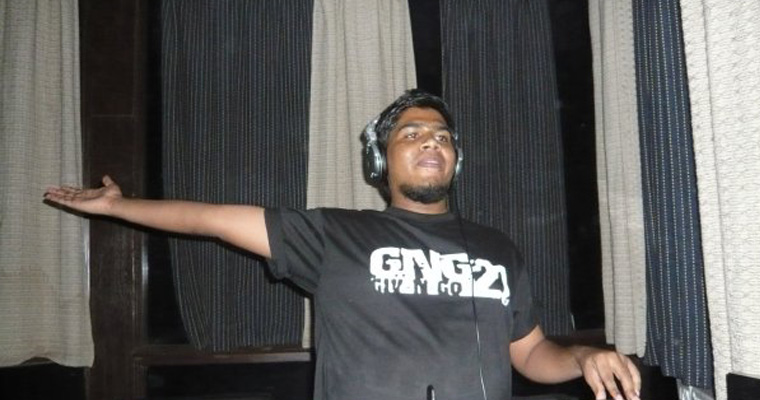 Lord and master of the dance floor

Stedran has played around Goa in places like The Grand Hyatt, Taj, Kenilworth, College Parties and in almost all of the major nightclubs in Goa. He won the war of DJs last year and got the runners up this year.

“I learnt by myself. I would accompany DJ Navin or one of the seniors and just watch them play from behind the console. Watch their style, the way they operated the turntable, watch every move.” Alright, that’s Factor Two. Patience, observation and practice.

DJ-ing today is considered to be essentially a form of art like playing any other music instrument. Stedran explains why, “A Disk jockey is someone who makes people dance non-stop. There is a particular flow in music. It’s an art. Much like story telling. Every set played by a DJ has a story in it, which he wants to tell.” That’s Factor Three. A DJ is a musician and an artist.

An iPod on a random shuffle cannot make you dance or connect to the music. But in DJ-ing there is selection and mixing of music tracks. Mixing in itself is a complex and technical process as it involves matching the beats per minute (BPM) of the currently playing song with the following song and cross fading into it. The result is a smooth flow of non-stop dance music. 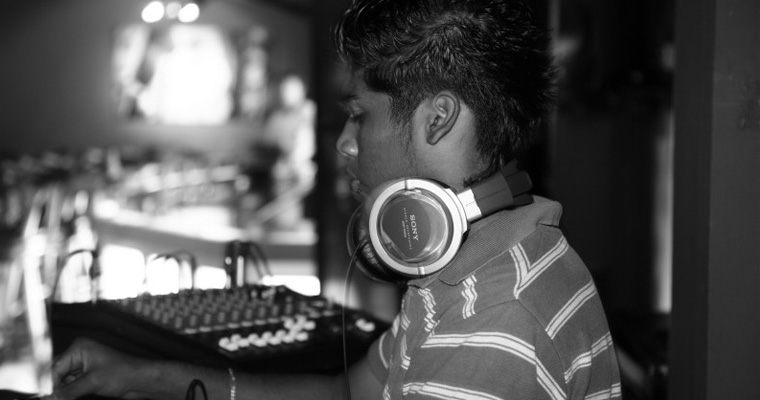 DJ Lester on the turn table

This is how it’s done:  The ‘Turn Table’ or Digital Controller has basically one or two ‘decks’ or shuttle jog dials that mimic the turntable control of an audio file (which has replaced the older record and stylus needle system), along with an electronic sound mixer in the middle. This mixer is stored with various sound effects and sound manipulative functions. The DJ uses electronic flash drives or compact disks to play music. Then the DJ mixes various songs, one after the other, in a continuous flow along with some interesting sound effects to enhance the music experience. There are various techniques like beatmatching, scratching, phrasing, harmonic mixing that can be used in combination with digital software and hardware.

It usually requires a lot of practice to get it right just like any music instrument. The song selection is what separates one DJ from the rest. The DJ usually has a database of a massive number of Dance music tracks with him and he chooses songs to maintain a flow of thought or a particular music style.

DJ Lester, a young upcoming DJ says? “Besides having the prerequisites of being a DJ one should know how to interact with the crowd. You’re an entertainer. With that, looking cool is also important” he laughs.

Emerging from the boroughs of New York and the underground discos in London later, DJ-ing has essentially been part of the hip-hop culture. Hence the style. The Last Factor.

“You should be able to make any party happening. You should be creative in your music as well as your style.” That’s the mantra DJ Lester follows and he’s doing pretty good out there.

Ryan Britto has been a DJ for the last four years. He won the battle of DJs, played lead guitar for a band and is known for his crazy, charming persona. “As a musician I was curious and started trying out various sound mixing softwares. Looked good to me and I hit the real scene. I also produce my own tracks. Of course it took a lot of time, patience and hard work. But the important thing,” he says “is that a DJ needs to be unique in his style of music, mixing?which becomes his identity. He has to be outstanding and different.”

So there you are, A passion for music. Patience, observation and practice.  Develop the artistry. And evolve your own personal style.

The frenzied dancing crowd are your jury, and when they respond to your groove, you will have earned the title DJ in front of your name!