My religion is humanity. Heard of that religion?  Going by gruesome stories of religious violence and intolerance, recipe I dare say our Indian society doesn’t allow the presence of such a religion. To fit in society you have got to profess a religion—either Hinduism, Islam, Christianity, Sikhism, Buddhism, Jainism, or some other ‘ism’. Oh dear! Are there enough Gods to go around for all these faiths? Buddha said, “Religion is a cow. It gives milk, but it also kicks”. Without fretting too much I decided to ask some of my young Goan counterparts about their perspective on religion.

Before embarking on my mission, I thought of asking my own family members for their views. My 14 year-old sister Sana says that she strongly believes in the existence of God, not because we have been told to, but because she feels the presence of some power giving her strength and courage. At this tender age she has such determination and faith! She also acknowledges every religion. “God is one. People call him with different names,” she says.

When I asked my mother how she would react if I married outside my faith, her reply was instant— “I will break your legs!”I could detect the sarcasm there, but that is perhaps how many parents see the prospect of their offspring breaking the social norm. She strongly believes in the religious values given to her and also wants her children to have the same beliefs as she does.

My friends and acquaintances readily proffered their views on this universally contentious issue. 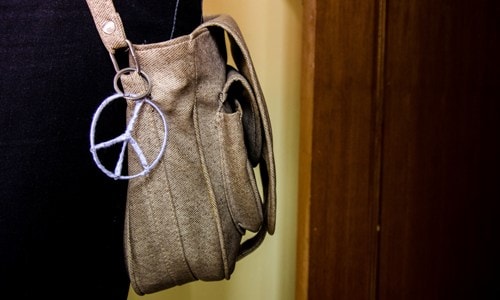 Tanvi Fal Dessai, 16: When I asked her what she thought about the influence of religion on people’s minds, she reacted very angrily. “Religion just f***s up their minds,” she snorts. She shared an incident where she was first asked what religion she belonged to before entering someone’s house. She doesn’t understand why her religion would make her any different from other individuals. “It should be your deeds, not your religion that defines you,” she said. She doesn’t care too much for religion. Love is all that matters, she proclaims.

Naved Shaikh, 20: “Religion in the age of science?” scoffed Naved initially. But then since his exams are next week he preferred taking his words back! He thinks of himself as a deist (okay now, if you don’t know what it means don’t go word hunting. It’s a person who believes in the existence of God but not in religion). “Religion is driven by fear,” he maintains. Religion, according to him, was a system created by people to keep the society in order.

Muller Gomes, 20: “Does religion divide people?” Nope, says Muller. “Religion doesn’t, but politics does.” He has strong views on religion. Parents do their duty of building values and religious beliefs in their children, but individual choices are important as one comes of age. “The purpose of religion is to control yourself, not to criticize others.” He said. He feels that a lot of political games ruin the integrity of a religion.

Ramandeep Kaur, 22: This Punjabi ‘kudi’ believes in one God, not in any concept of religion. But then she holds on to the phrase that Guru Nanak said—“Before becoming a Muslim, a Hindu, a Sikh or a Christian, let’s become a human first.” She belongs to the Sikh community, but then she also visits temples and churches. Finding peace is what she needs through a religion. At the end of the day every religion proclaims the same creed, and that is faith in God.

Basavraj Pattihal, 25: For this gentleman, as long as one believes in God, the religion they belong to doesn’t matter. “God created men, men created religion. Follow God, not religion,” he says. He believes that your faith in God should be your religion. “Just because I eat a food that is prohibited by another religion doesn’t make me a bad person.”

Lavina Pinheiro, 23: Lavina finds the religion quota systems in certain Indian colleges totally biased. She feels that we live in a society where people from different religions live in harmony. Projection of oneself as being more religious and holier than the other is unnecessary. She believes in the religion she was brought up in and respects their view. But then disrespecting anybody just because that person belongs to a different religion is downright pathetic. “If you have faith and belief in God, then the religion you belong to doesn’t matter,” she said. 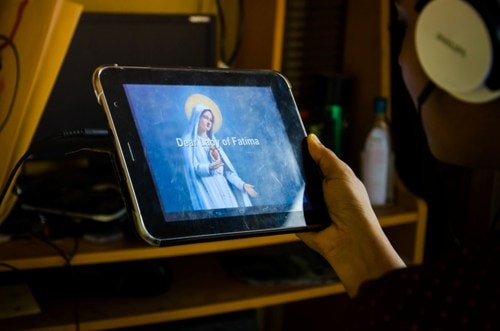 Neha Singh, 19: Her mother is a Muslim and her father a Hindu. But her parents have always given her the freedom to choose her religion. “Religion gives you an identity in society,” she said. She chose Islam as her religion. “Naam hai Singh, lekhin dharm hai Islam,” she quips about herself (Her surname sounds Sikh, but her faith is Islam). Respect the Creator, is what she intends to do through her beliefs.

Different people have varying perspectives on religion. But it was a pleasant surprise for me, to find that the youth I interviewed largely focused on humanity rather than on just plain blind beliefs. What will matter the most in the coming years would be how we maintain peace, harmony and respect for each other as individuals. But then going by the responses I got from the ‘Techno’ Generation of today, our future is in good hands.