Who says Goa shuts down during the monsoons? This year, more venues are opening their doors to revellers than last year. The idea of a time-bound tourist season is fast disappearing as Goa becomes a year-round destination for unbeatable getaways. Of course there are the waterfalls, river rafting, spice plantations and wildlife sanctuaries to explore during the daytime, as the beaches become less accessible. But here is a list of where the action is every night of the week this monsoon:

Cantare: Resembling a quaint bar-taverna, Cantare is a romantic bar-lounge in Saligao, known for its live jazz sessions every Monday night.

Wallfly: A weekly film club that features independent cinema from around the world has moved to The Tamarind Hotel in Anjuna this monsoon. Watch films as diverse as Iranian rom-coms to Swedish punk rock teen dramas.

Fisherman’s Wharf: Known for its premier ‘heritage dining experience’, this Marina-facing restaurant attached to a five star hotel at Mobor Cavelossim is known for its Goan seafood, with live music every Tuesdays by Trivon.

Free Bird nights at Cafe Cotinga: Also located at the charming Tamarind Hotel in Anjuna, Cafe Cotinga is known for its quaint ambience with beautiful bird cages and artful interpretations of the Brazilian Cotinga bird. It is also one of the few places in Goa that promotes original music by local and travelling talent every Wednesday right through the monsoon.

Cohiba:  Popular for their Cosmo Ladies night every Wednesday, this Cuban-inspired sprawling resto-bar at Candolim offers sumptuous food, sizeable cocktails and some of the bigger local bands like A-26.

Sol de Goa: Thursdays have long been the ‘big’ night at this charming boutique hotel in Nerul, and now their ‘Thursday Night Live’ gigs feature rotating local rock, blues and travelling music artists. Showing up early pays off because of happy hours from 7 to 9 pm but you still get a ‘buy one, get one free’ deal on drinks all night. 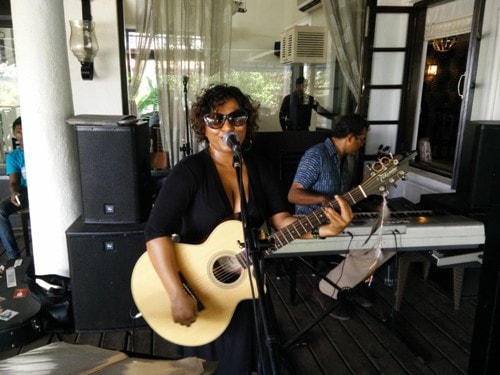 Bay 15: Now under the new management of Justa Hotels, this picturesque beachside destination has music every day of the week, with the popular Smoking Chutney highlighted on Thursday nights performing a mix of jazz, blues, rock n roll and Latin classics. The phenomenal Chrystal Farrell joins Colin Cruz, Sancho and invited members of the crowd to join in the singing.

Mojos: Said to be the only English pub in Goa, Cafe Mojos is a cozy pub in Panjim, with Karaoke nights every Thursdays. That’s where you get a mix of professional karaoke DJs and croakers like you and me, which is always entertaining.

Firefly: A place where urban chic meets casual comfort on the road leading to the main Benaulim beach, Firefly is a fun spot on Thursdays with a fantastic lineup of live acts on Thursdays and the occasional live screening of matches.

Cavala: The long reigning king of Friday night events, Cavala at Calangute still rocks, and sees a bigger cross-section of Goa’s residents and tourists in the monsoon. The classic retro tunes never let the dance-thirsty crowds down.

Waters: Goa’s leading techno hub on the Ozrant beach in Vagator is well known for its ‘Wicked Fridays’ with leading DJs from around the world making the area’s hipster community bounce.

Leopard Valley: Billed as the ultimate party destination in South Goa, Leopard Valley is a new nightclub in Agonda known for its international and dance music lovers from around the world. 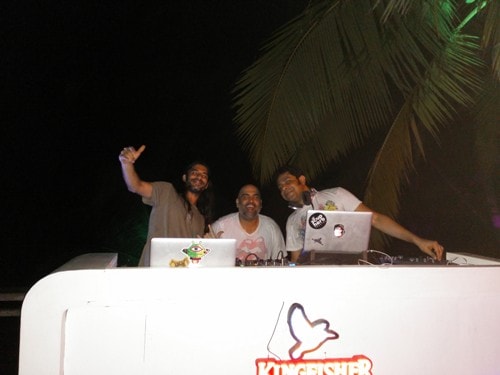 Sol de Goa: An all new Saturday Night event with Goa’s young smoking DJ talent selecting today’s hot music that all our lady friends love. Now you can’t complain that there’s no place to just go out dancing anymore that’s not EDM. Better still, ladies drink completely free from 9-10 pm and everyone can take advantage of half-off deals all night.

Eviva at Azzure Hotel: Music Fever are the resident live artist duo here, that get people jiving by the poolside of this Calangute hotspot as others watch videos on the big indoor screen at the renovated baroque bar area.

Laguna Anjuna: The recently launched open-deck nights here feature local DJs like ‘Djo’ and ‘Jiva’ spinning everything from techno to samba and newcomers are welcome too.

Sol de Goa: Back by popular demand, the Myra Wines sangria brunch offers a delightful afternoon with live music, complimentary use of the pool and unlimited Italian, Spanish and Mexican cuisine.

If the lush beauty of this state isn’t enough to attract you in this water-logged period, one can take advantage of the discount deals and the opportunity to escape the madding crowds. With so much fun to be had, all you need to do is coax a friend to drive you to one of Goa’s many entertainment destinations before you go stir-crazy. And carry your swimsuits because the monsoon is a great time to explore all the pools, lakes and other water bodies that get ignored during the rest of the year.