The clear stamp of your expression

The clear stamp of your expression

Did you know that printmaking was one of the earliest mediums of communication, long before the printing press was invented? The oldest prints found were embossed relief images on terracotta fired clay tablets, from the Harappa civilization. From Prehistoric man to the Sumerians, who made the first prints on paper to the Chinese who stencilled intricate designs on fabrics for the wealthy back in 2nd century AD, this technique is pretty ancient. The Japanese refined woodblock printing, and editions were authenticated and distributed in Europe. However, it was only after paper was invented that prints of visual images and written data were mass produced.

A print is an impression of an image on one surface transferred onto another, viz. paper or other materials, by transferring ink from a matrix, a prepared screen. The common matrices are copper or zinc plates, polymer plates or wooden blocks for etching and engraving. Relief printing involves printing from a raised surface. A simple example of this is a rubber stamp pressed onto a stamp pad and pressed onto a piece of paper.

Wood blocks have been used for wood engraving and woodcuts since the early 15th century in the West.  It begins with hollowing out areas of a plank, leaving a design on the surface, and covering it with a typographic ink. The design is transferred by applying pressure.

Katsushika Hokusai and Ando Hiroshige were skilled Japanese print masters in the 17th and 18th century. Hokusai produced around 30,000 drawings. Hiroshige was famous for his landscape images. Their prints exerted important influences on European printmakers.

German artist Albrecht Durer (1471-1528) was one of the earliest well known masters, throughout the Renaissance. Winslow Homer, an English artist known primarily for watercolour paintings, produced engravings for illustrations for books in the 19th century.  Edmund Evans was the greatest wood-engraver in the Victorian era.  Rembrandt van Rinji’s popular prints were of religious subjects. 20th century artists Pablo Picasso, Henri Matisse were prolific printmakers, leaving to posterity plates, which represent virtually every aspect of human endeavour.

The Intaglio process uses a dry point. A sharp-pointed tool is directly drawn onto the surface of the metal plate. The displaced metal produces a ‘burr’ which catches the ink.

Lino-cuts appeared in the 8th century in the East and in the early 15th century in the West. The matrix used is linoleum. Aquatint, a form of etching, resembling watercolours, has a wide range of tonal values. The metal plate is coated with a thin layer of wax, the design drawn with a needle-point, and then exposed to acid through a layer of resin or sugar. The acid bites into the spaces between the resin particles. It is generally used in a combination of etching and linear definition, and the print has a painted look.

In Lithography, designs are drawn with greasy ink or crayons on moistened limestone. An oily ink applied with a roller adheres only to the drawing and is repelled by the wet parts of the stone.

Silk screen or ‘serigraphy’ originated in China and found its way to the West in the 15th century. It is a stencil process based on the porosity (open weave) of silk (or nylon) which allows ink to pass through the areas which are not ‘stopped’ with glue, varnish or plastic stencils. Many layers of ink are applied with a squeegee, covering the open areas of succeeding screens until the final composite image is achieved.

The earliest Mono-prints date back to the 1600’s. An amazingly spontaneous art form, named because only one image is transferred on paper by a press or pressure with the hand, confined to limited editions, and the matrix is destroyed. They are considered ‘original’ and signed by the artist. Gauguin, Degas and Pablo Picasso were well known printmakers.

A ‘reproduction’ is a photo-mechanically reproduced image, with unlimited production, usually posters, which have little monetary value. Henri de Toulouse-Lautrec was associated with the Parisian night-life, especially in his posters for the Moulin Rouge, a famous Paris nightclub. Andy Warhol’s Marilyn series is one of his more famous expressions which reproduced the same photographic image, changing the colours and purposely overlapping the stencils.

Indian printmaker, Nandalal Bose, from Shantiniketan visited China and Japan in 1924, returning with a collection of Chinese rubbings and Japanese colour woodcut prints. Raja Ravi Varma made a large number of lithographic copies of several of his paintings. Many found place on the walls of common people during the pre-independence era in India.

CHHAAP, a school in Baroda, created an important bridge between Baroda printmakers and artists from different corners of the world. Block printing on fabric by artisans in India is popular. Though printmaking is not pursued by many artists, it continues to be an important art form. 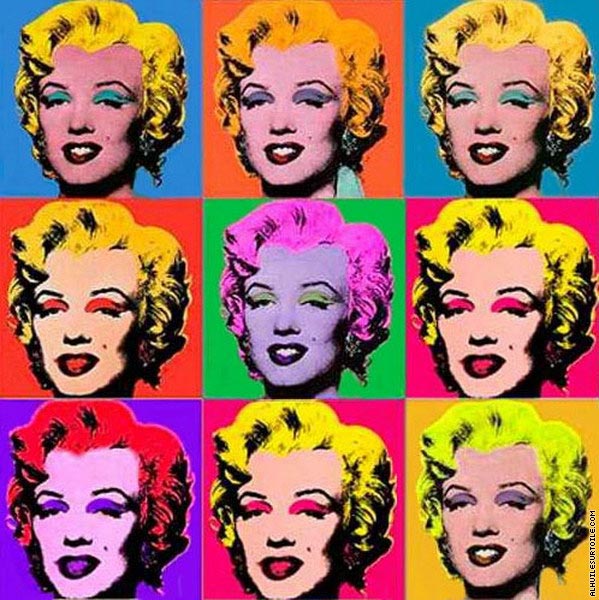 Coronation of the Virgin’, woodcut by Albrecht Dürer 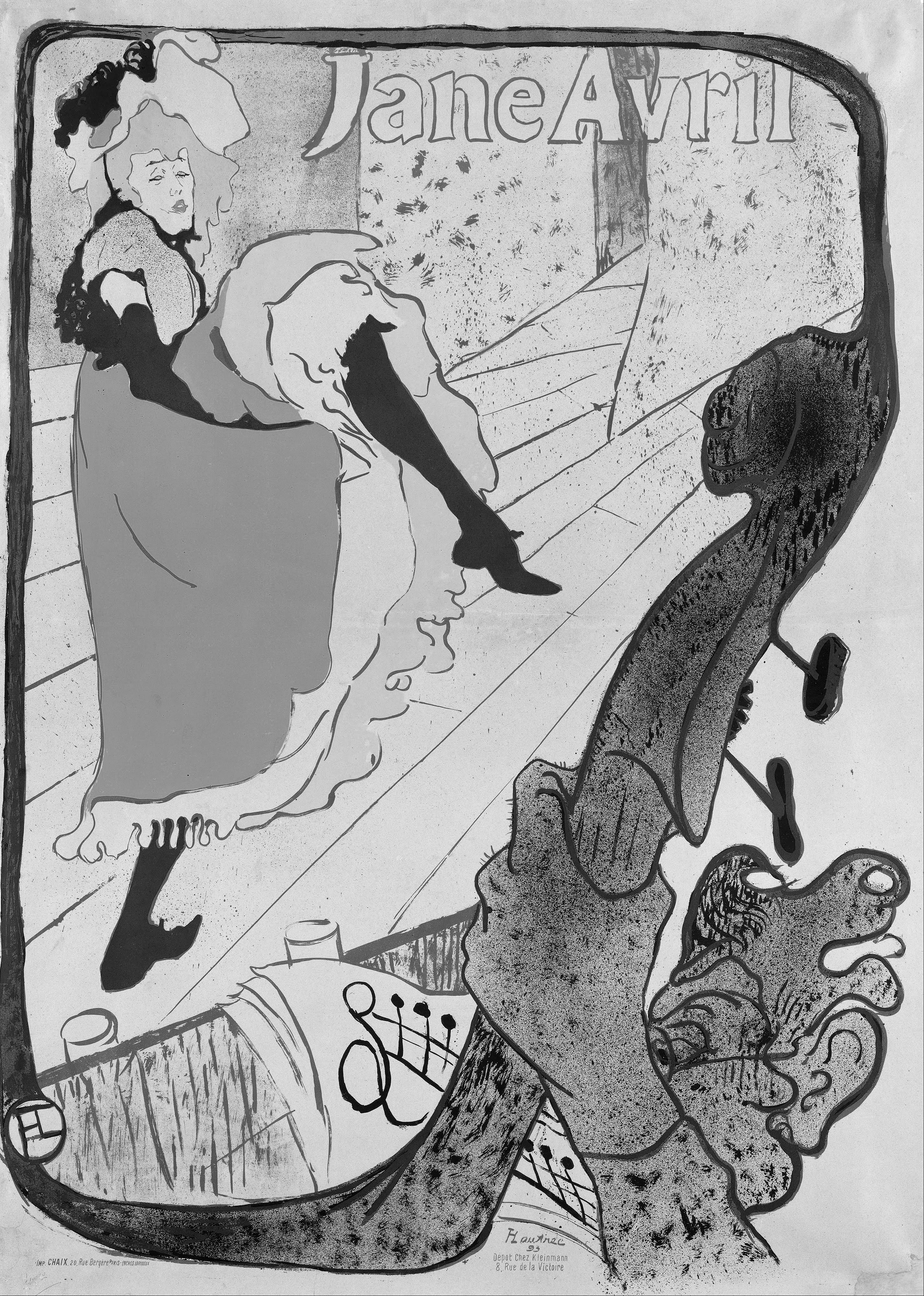 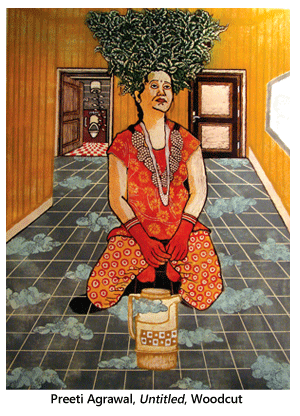